At 53, Johnny Depp is one of the most recognizable actors in the world. He's been famous since the early 1980s and has amassed (and spent) a fortune in that time. Depp has made more than $650 million over his three-decade career. So, it is understandable that he thought there was plenty to go around. Then one day his longtime business managers called him. They told him that he was short on funds. Depp initiated an investigation into just what his business managers were doing with his money and the results of that investigation led to filing a lawsuit against The Management Group's owners Joel and Robert Mandel seeking more than $25 million for alleged fraud and professional negligence. Depp alleges that the firm caused him to lose tens of millions of dollars, racked up more than $40 million in debt without his knowledge, failed to file his property taxes on time, made unauthorized loans, and overpaid for security and other services.

Meanwhile, Depp's former business managers have had no problem telling the world just how Depp spent all that money in the counter-suit they've filed against him.They alleged that Depp's lifestyle costs $2 million a month to maintain. The actor has 14 houses, a fleet of luxury cars, and an expensive wine habit. He's not imbibing Trader Joe's $5.99 special, no siree! 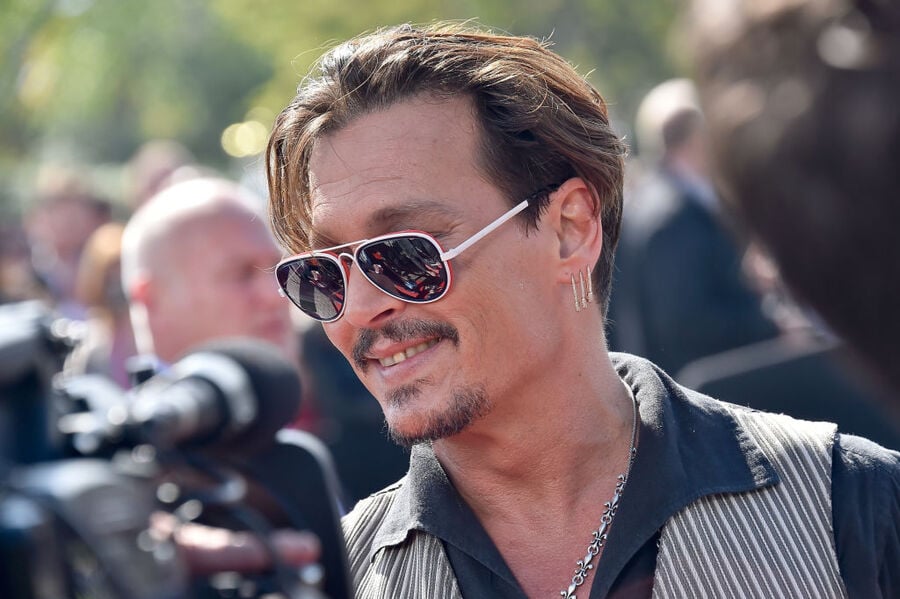 The TMG lawsuit against Depp exposes the details of the actor's alleged "extravagant and extreme" spending habits. The following figures come from the counter-suit filed by The Management Group, which can be found here.

TMG alleges that Depp has spent $75 million to 'acquire, improve, and furnish 14 residences' around the world, including his 45-acre chateau in the south of France. He also owns a chain of islands in the Bahamas, a horse farm in Kentucky, and a number of houses, condos, and penthouses in Los Angeles. Back in 2007-2008, Depp purchased five penthouses in a Los Angeles building. He has sold two of those for a combined price of $12.78 million. Each and every house has a full staff.

Depp owns 45 luxury cars including a 1959 Corvette. His fleet costs him millions. He also owned an $18 million, 150-foot luxury yacht which he sold this to Harry Potter author J.K. Rowling in 2016.

If you think you might catch Johnny Depp at the airport as he flies from one of his homes to another, you've got another thing coming. The Pirates of the Caribbean star refuses to fly commercial. He only flies in private planes, so he rents a Gulfstream GV for $200,000 a month.

Depp is also somewhat of a collector. He owns 70 rare and collectible guitars and has an extensive jewelry collection. He likes bling too as he once supposedly walked into a jewelry store and came out wearing a $400,000 diamond cuff. According to TMG's lawsuit, Depp has spent millions on Hollywood collectibles, particularly from the estates of Marilyn Monroe and Marlon Brando. In fact, he has so much of this stuff that he has 12 storage facilities just to hold them. Depp also has a world class art collection with more than 200 pieces from artists including Jean-Michel Basquiat and Andy Warhol. At one point, he owned Basquiat's self-portrait. It was put up for auction at Christie's in 2016. The price tag, $4.7 million.

Depp also spends a pretty penny on the people in and around his life. He has 40 full time employees across the globe on his payroll. This includes personal security for him and his family every single hour of every single day. His monthly payroll for all of this staff is $300,000. He also spent $10 million to help or support friends, family, and key employees over the years, including the living expenses of his sisters and late mother. Depp bought his mom a multi-million dollar Hollywood home and when she was ill, spent $35,000 a month on her housing and care.

When his friend Hunter S. Thompson died in 2005, Depp spent $5 million to fulfill his dying wish of having his ashes blasted out of a cannon over Aspen, Colorado.

Depp made news recently when it was revealed that there was trouble on the set of Pirates of the Caribbean: Dead Men Tell No Tales. He was allegedly showing up late and drinking heavily. This comes as no surprise when you find out he spends $30,000 a month on wine, which he has flown in from all over the world.

Well, as a successful and famous actor who has made hundreds of millions of dollars, at least he can pay cash for all of these extravagances, right?