The Long And Winding History Of Led Zeppelin's Blatant Plagiarism

By Max Savage Levenson on May 31, 2014 in Articles › Entertainment

A couple of weeks ago, CelebrityNetWorth, along with many publications, reported on a lawsuit that was recently filed on behalf of a band called Spirit against rock legends Led Zeppelin. In the lawsuit, Spirit claims that Led Zeppelin guitarist Jimmy Page ripped off their song "Taurus" to create the legendary opening riff of "Stairway to Heaven". In case that doesn't seem like a big deal, keep in mind that over the decades "Stairway" has earned the band over $560 million dollars in revenue from royalties, record sales and merchandise. Unbelievable, right?  Now you might understand why Spirit's band members might be a little pissed off! If you listen to the songs back to back, they definitely sound similar. They both had a finger-picked guitar playing a similar melody over a recorder (a cousin of the flute). Nevertheless, most people give Jimmy Page the benefit of the doubt. Spirit's argument is sort of like saying that any pizza with crust owes a nod to Pizza Hut. Take a listen to "Taurus" and "Stairway" back to back:

As it turns out, Led Zeppelin's alleged plagiarism doesn't end with "Stairway to Heaven." In fact, Spirit was not nearly the first group to claim that Led Zeppelin completely ripped off one their songs. And if anything, the other allegations are far more persuasive. Below we take a look at four of Zeppelin's biggest hits, and a handful of other songs that sound alarmingly familiar…

There's nothing particularly original about the sentiments behind "Whole Lotta Love", but the Zeppelin hit (which hit #4 on the Billboard charts) bears more than a little resemblance to Willie Dixon's "You Need Love". Singer Robert Plant didn't just emulate Dixon's melody – he used some of the same lyrics, including the suggestive opening line, "You need coolin". In 1979, Dixon's daughter heard the song in Chicago, realized how similar it was to her dad's, and filed a lawsuit, which was settled in 1987. "Whole Lotta Love" is now co-credited to Dixon. Unfortunately he never recouped any significant money from the proven plagiarism. 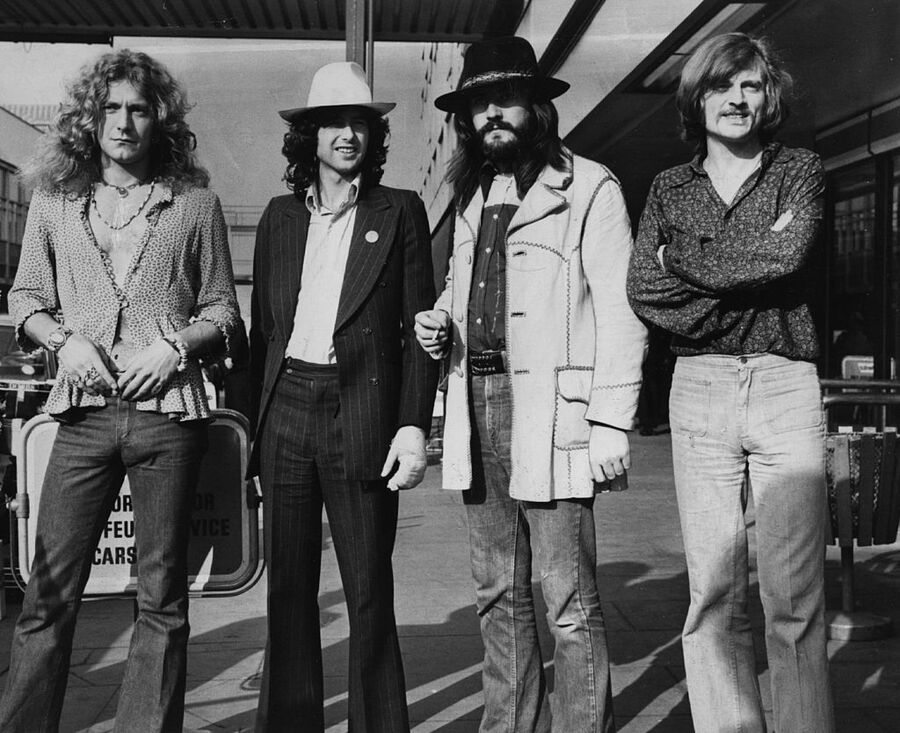 Then there's "Babe I'm Gonna Leave You". This song turned out to be is a near-exact replica of a song of the same name by a woman named Anne Bredon. Bredon wrote her version of the song while she was still a student at the University of California, Berkeley. A friend of Bredon's went on to play the song for Joan Baez, who then recorded it and released it with a songwriting credit given to Bredon. Jimmy Page heard Baez's version and figured that it was a traditional song. Oops. Although Bredon settled for royalties and songwriting credit in the mid-80s, it was too late to profit off the song to the degree that Zeppelin did in their heyday. Take a listen for yourself:

"Babe I'm Gonna Leave You" isn't the only example of a Zeppelin song that takes both music and the name of another track. In 2007, radio personality Howard Stern observed how much "Dazed and Confused" sounded a lot like a song called…"Dazed and Confused." The original was written by a man named Jake Holmes in 1967. It has the same bass line as the Zeppelin song, not to mention the same melody. And even some of the exact same lyrics. Holmes sued in 2010, and now the song credit is listed as "inspired by Jake Holmes."

Was Zeppelin being malicious? Like some serial killers, were they secretly hoping that they would get found out? Or did they even care? The blues has long been a genre subject to the borrowing of melodies and lyrics. Was Zeppelin just continuing the tradition? But one question still stands: with the recent reissue of all of their classic albums, are they the only ones who deserve to profit?

Unfortunately, even when a plagiarism is proven beyond a doubt, by the time a song's credit is changed, the original song writer has already missed their window to earn massive amounts of money. Part of the problem is that typically a monetary judgement can only reach back 5 years from the time the lawsuit was filed. In all of the cases discussed above, the lawsuits were brought decades after the plagiarism occurred. On the other hand, we once wrote an article about how the 1980s band "Men At Work" was successfully sued over their most-famous hit "Down Under". Even though the lawsuit was filed more than 30 years after the song was released, it still resulted in an undisclosed six-figure settlement for borrowing elements of an Australian children's song called "Kookaburra Sits in the Old Gum Tree". In addition to the six-figure settlement, the plaintiff in the Men at Work lawsuit was also awarded a 5% royalty on the song until it crossed into public domain, in the year 2058.

Then again, can you really put a price on pride? Even if these plagiarized songwriters never become as rich as Jimmy Page or Robert Plant, it must feel pretty amazing to finally get credit on some of the most famous and beloved rock songs of all time! Oh, but in case you were curious, both Jimmy and Robert each have a net worth of $170 million.