Long-Lost Artwork In Family Attic Could Be Worth $136.5 Million

By Beth McDonald on May 12, 2016 in Articles › Entertainment

What kind of treasure is hiding in your house? One family in France is claiming they found a long-lost painting by Italian master Caravaggio, tucked away in their attic. If found to be authentic, the painting could be worth up to $136.5 million.

The French family, who had lived in the house in Toulouse for generations, discovered the dusty and neglected painting by accident. According to CNN, a member of the family stumbled upon the artwork when he tried to access a sealed-off part of the attic to repair a leaky roof.

Believed to have been painted sometime between 1600 and 1610, the 400-year old painting is no "Mona Lisa" or "Starry Night." Rather, it depicts a super violent and grisly scene of a woman halfway through the process of beheading a screaming man – blood spray and all. According to CNN, art experts believe the painting represents the biblical figure Judith cutting the head off Holofernes, an Assyrian general. 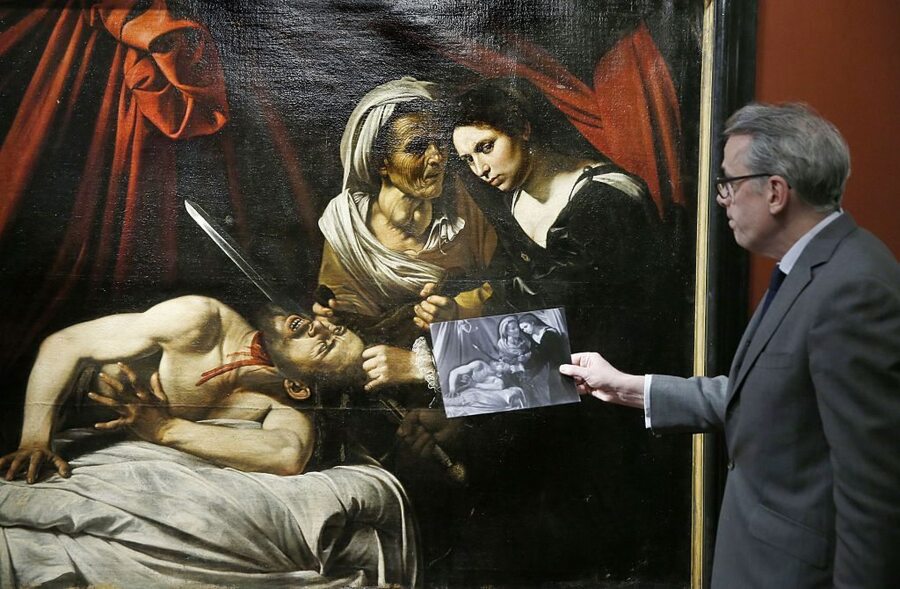 Although the subject matter is dark, art experts note, it's definitely not out of Caravaggio's character. The artist was known for painting moody and violent biblical images, including "The Beheading of Saint John the Baptist" and "David with the Head of Goliath."

While some experts doubt its authenticity, others have pronounced the find "by far the most important canvas recovered in the last twenty years," according to CNN. After two years of analyzing the painting, a renowned French art dealer declared the painting was an authentic piece of work by Caravaggio. "Just look at the quality of the picture: the strength, the energy, the violence, the blackness," the art dealer said to The New York Times recently. "This is the utmost of a Counter-Reformation picture, and it cannot be made by anybody else other than Caravaggio." The art dealer also noted that intricate details, such as the worn fingernails of the general and even the blood spray from his neck are telltale signs that the painting was created by a true master, and not just a copycat or fake.

Despite disputes surrounding its authenticity, the French government has banned the export of the painting to another country either for sale or study, according to the Los Angeles Times. The government has reportedly declared the painting should stay on French soil in order for it to be better studied and authenticated.