Long Before He Was The Terminator With A $400 Million Net Worth, Arnold Schwarzenegger Faced Food Shortages And Riots Growing Up In Austria

Today, Arnold Schwarzenegger is one of the most recognizable people in the world. Famous for his acting career, his two terms as Governor of California, and his high-profile marriage to Kennedy family member Maria Shriver, it's hard to remember that Arnold wasn't always rich and famous. He's had many films that were big successes at the box office, including the "Terminator" franchise, "Conan the Barbarian," "Predator," and "Kindergarten Cop." But his childhood was difficult growing up in Austria after the end of World War II. Born in 1947, he saw food shortages and riots in Austria. His father was the local chief of police and had joined the Nazi Party in 1938 and served in World War II. Fortunately, Arnold later did extensive research into his father's activities in the war and didn't turn up any war crimes. His family was dirt poor. The house he grew up in didn't have any electricity or hot water. Arnold once said a highlight of his childhood was when his family could finally afford to buy a refrigerator. Today, he's worth $400 million and it's not solely from his acting or political careers. Actually, long before the world knew Arnold as Conan the Barbarian he was already a self-made multi-millionaire dating back to his early 20s.

When Arnold was in his teen years, his dad was pushing him to become a soccer player. But Arnold had other ideas and he launched his bodybuilding career. He won several bodybuilding contests in Europe, including Mr. Olympia while he was still in his late teens. He went on to win the Mr. Universe competition four years in a row. After that, he packed his bags and set off for Los Angeles in 1970. He was 23 years old. He had dreams of acting, but for the first few years, he just kept lifting weights and entering bodybuilding competitions. He was doing pretty well – all those European competitions had earned him $27,000 in prize money – that's worth $183,000 today. 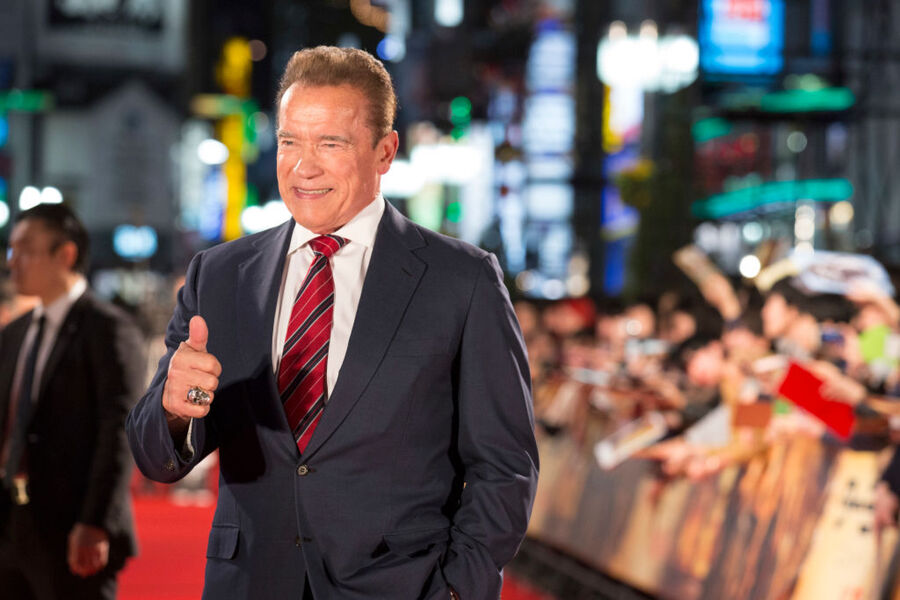 Arnold made a very astute observation about life in Los Angeles. He didn't understand why everyone was content to live in a rented apartment rather than buying a home of their own. Renting a home wasn't even an option in the Austrian town he grew up in. So Arnold bought the building he was living in. The building cost $214,000 at the time and had four apartments. A year later, he sold it for $460,000 and flipped the profits into another, 12-unit building. When he sold that one, he bought a 36 unit building, then a 100 unit building. Every time Arnold sold a building he shrewdly used the profits to buy the next one, avoiding taxes and increasing his potential future profits.

Arnold was buying up apartments, condominiums, and even office buildings in the 1970s in Los Angeles. He bought a building in Santa Monica for $450,000 and later sold it for $2.3 million. He made $7 million from selling a Nevada office building which he had picked up for next to nothing years earlier. Over the next thirty years, the California real estate market had exploded. If he had gotten started in real estate just a few years later, he never would have been able to afford to get into the game. But that's not what happened, and before he even turned 25 he had a multi-million dollar real estate fortune. It would be a decade before his acting career took off but Arnold was much better off as a result of his investment in real estate than most aspiring young actors in Los Angeles were.

Meanwhile, Schwarzenegger was hooked on real estate investing – and can you blame him? In a period of just six years, he'd gone from a fresh off the boat Austrian immigrant to a real estate millionaire living the American dream. He began looking for real estate opportunities all over the country. Back then, he could barely speak English. Today he owns massive chunks of real estate across his adopted homeland. In fact, it's not a stretch to say the bulk of Arnold Schwarzenegger's $400 million net worth comes from his four decades of investing in Los Angeles real estate. He not only was in the right place at the right time, but he was also savvy and shrewd enough to see an opportunity and take advantage of it.