By Amy Lamare on January 29, 2017 in Articles › Entertainment

For Bert and John Jacobs, life is good in so many ways. The brothers grew up the youngest two of six children in a lower middle class Boston family. Today, they are the founders of the $100 million company, Life Is Good. The inspiration for their company and motto came from their mother.

When Bert and John were in elementary school, their parents were in a near-fatal car accident. Their mom had several broken bones from the wreck and their father lost the use of his right hand. They were lucky to survive it. As you can imagine, the frustration and stress of their father's physical therapy put a strain on the family. Their dad developed anger issues and a temper. He yelled a lot. Life wasn't that great, at the time. 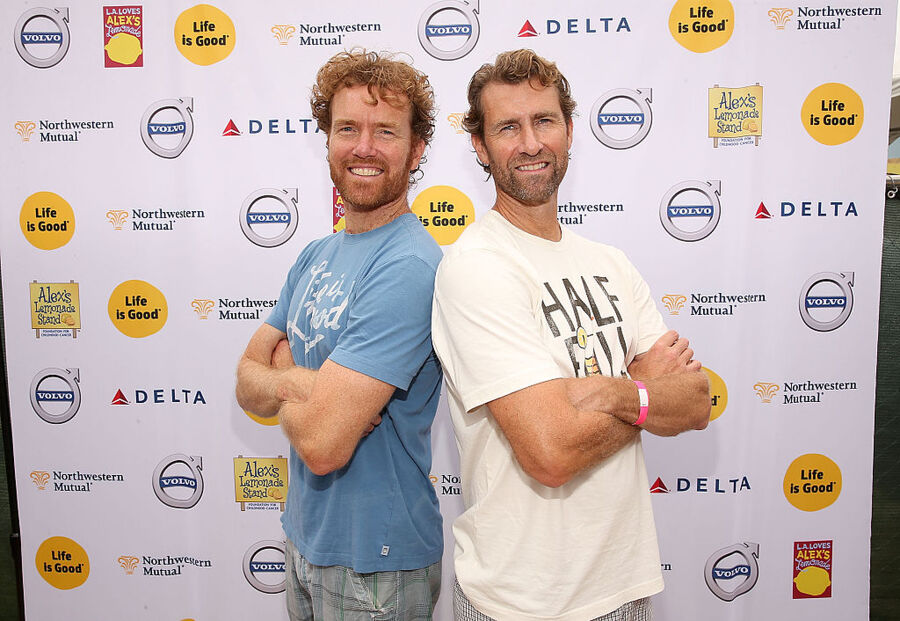 However, their mom refused to give up on her belief that life is good. She started a tradition, where every night as the family of eight ate dinner she would ask the kids to tell her something good that happened that day. That simple question turned the family's focus to more positive things. Imagine the scene – you're a kid and someone made you mad at recess. or you didn't understand a homework assignment – instead of complaining about that, the family's focus turned to the kid who said something truly hilarious in class or the book report they were excited to work on. As a result, the Jacobs family had a positive outlook on life, even as they went through hardships.

Bert and John Jacobs learned that being happy isn't dependent on your circumstances. Happiness and optimism are a conscious and often courageous choice that you make.

Their mother's relentless optimism inspired the brothers to created their Life is Good company.

In 1989, Bert and John Jacobs invested $200 to make t-shirts to sell on college campuses around Boston. At the time, John was finishing college and Bert was delivering pizzas and teaching skating and the pair thought selling t-shirts would be a good way to meet people and promote their artwork.

They bought a van and slept in it to save money, while hawking their t-shirts throughout college dorms in the Northeast. In 1994, after a road trip that hadn't been very successful, the brothers returned to Boston, unsure of whether they should continue to sell their t-shirts – or not.

It was their habit to get together with friends following these road trips to get feedback on their drawings and concepts for new t-shirts. After that fateful road trip, one of their drawings got a lot of attention from their friends. It was the head of a stick figure wearing a beret and a smile with the phrase "Life is good." The brothers named the character Jake and printed up 48 shirts. They took those shirts to a street fair in Cambridge, Massachusetts and the shirts sold out in under an hour. The Life is Good company was born.

Life is Good sells apparel, pet products, stationary, and recreational products like Frisbees and footballs in 4,500 retailers in the U.S., as well as in 30 countries. The company has surpassed $100 million in annual revenue.

Their mission is to spread optimism with the tagline, "Life is not perfect. Life is not easy. Life is good."