By Brian Warner on October 16, 2013 in Articles › Entertainment

Mark Cuban is one of the coolest people on the planet. If you are looking for someone to admire and aspire to be, you won't do much better than Mark Cuban. Not only is he the multi-billionaire owner of the Dallas Mavericks, he also owns the cable network HDNet, movie studio Magnolia Pictures and movie theater chain Landmark Theaters. He's also a big time philanthropist who has given tens of millions of dollars to many different charities, especially the Fallen Patriot Plan which helps families of soldiers who do not come home.

Earlier today Mr. Cuban scored a very important legal victory over the SEC that is earning him praise and headlines around the world. The Securities and Exchange Commission had been prosecuting Mark over the belief that he used an inside tip from the CEO of of the search engine Mamma.com that the company was planning to dilute all outstanding shareholders. Mark then allegedly acted on this tip to avoid a roughly $750,000 loss that would have occurred the next day when Mamma.com's share's sank 10%. Cuban, who is worth $2.5 billion, has defiantly maintained his innocence and further claimed that this case was nothing short of a witch hunt. He faced possible fines of up to $2.5 million and could have even served a short prison sentence. He was actually given the chance to settle the case by just paying the fine upfront, but instead Cuban vowed to defend himself to the bitter end. After spending more than $2.5 million of his own money on lawyer fees, today Mark was finally cleared of all charges and completely vindicated. When he left the courtroom, Mark took the opportunity to blast the US government and lead prosecutor Jan Folena:

"I know I'm a target. I recognize that when I do things people pay attention. Jan Folena, who represents the United States of America, stood up there and lied. I'm the luckiest guy in the world and I'm glad I could stand up to them. It's personal. You take all these years of my life, it's personal."

With Mark wracking up yet another badge in his quest to become the coolest on the planet, we thought it would be a perfect time to take a look back at some other life lessons Mr. Cuban has taught us. Last Christmas, Mark appeared on the social news site Reddit.com to answer fan questions and give some incredible life advice. His advice on attending college and taking on debt is very interesting. We've pasted the highlights below… 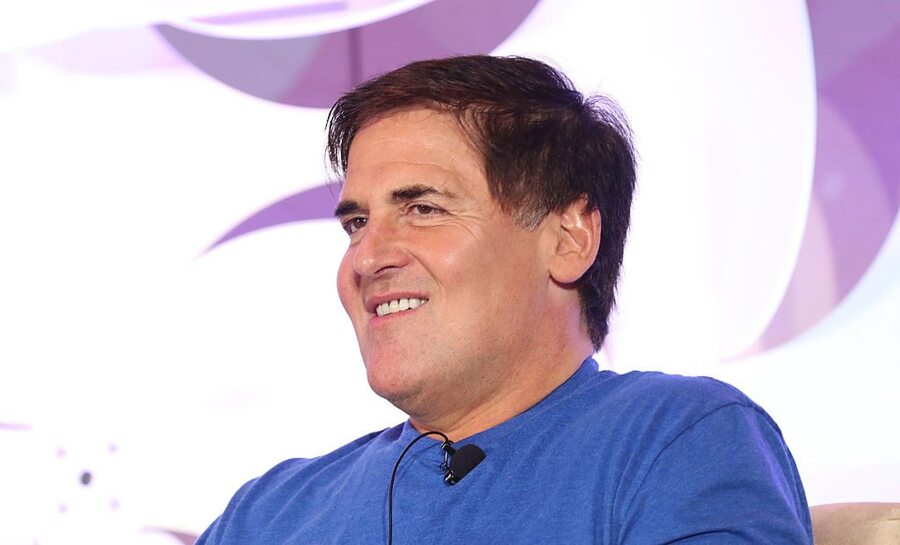 One of the most admirable things about Mark Cuban is that even with billions of dollars, he still seems incredibly down to earth and passionate about helping other people make their dreams come true. Mark has invested in dozens of startups, some of which he discovered as one of the judges on the reality show Shark Tank. Mark even wrote an amazing book that every aspiring entrepreneur should read called "How to Win at the Sport of Business: If I Can Do It, You Can Do It". It's available on amazon for just $2.99, so you really have no excuse not to check it out. I keep his book on my iPad and re-read it every six months or so just to keep the ideas fresh in my head.

What is something everyone should know before starting a small business?

Its not about the idea, its about how prepared you are. Everyone has ideas, most dont do the work required to get the job done. The 2nd thing you need to know is that sales are the most important aspect of a small business. No sales, no company.

Have you ever "made it rain"?

No. That's dumb shit that people with real money dont do.

On Jimmy Kimmel, you mentioned you clicked the receipt button once at an ATM to check your checking account balance and it being some insane number (around $300K if I remember correctly). Have you checked recently to see what it was?

Yes and it's more insane. I keep a lot of cash available for investments. Most people throw their money at investments trying to beat inflation or the market. I wait until somebody does something stupid and try to pounce. that is where the best deals are made.

What advice would you give to an undecided college student finished with general studies and eager to get a degree?

Pick a school that you can afford to go to. Dont take on debt. Debt is the anchor you dont want when you graduate. It will force you do to things that may not be in your best long term interests. If it were me and i were graduating from high school or close, i would be online taking as many of those MIT/Stanford classes that I could to push and challenge myself. And of course to get the actual knowledge. I would find an inexpensive university close by and work with them to have them help me create a program that leveraged those online classes with the classes i needed from the school to get the best education at the best price.

Do you ever feel your wealth is a product of being in the right place at the right time (in relation to the internet bubble of the late 90's)? Do you think you'd be able to find similar success if you were graduating college today?

I've made a lot of money from a lot of different companies i have started, but there is no question i made the most money because i knew what i was doing on the net when the internet bubble hit. Timing didnt make me rich, i was there already. But it put a B next to my name.

Should a young entrepreneur get an MBA?

I think an MBA is an absolute waste of money. If you have a hole in your knowledge base, there are a ton of online courses you can take. I dont give any advantage to someone in hiring because they have an MBA.

What's your advice for an entrepreneur major graduating in Spring who still hasn't found the right job?

There is no such thing as the right job. Whatever job you take, you are getting paid to learn. You will learn more from a bad company than you did in school. I always recommend taking the job and learning as much as you can from it, and you can learn from any job, and then using that knowledge to help you get to the next job.

You came in to my work and tipped 100 on a 50 dollar tab. You made the waitresses night. You sir, are a gentleman.

I worked as a bartender and waiter. I always try to tip well

I hate to be so straight forward, but what does a billionaire buy his kids for Christmas?

The same junk that everyone else buys.