Letter Penned by Tupac Shakur In Prison Sells For Over $172,000

By Marvin Jules on November 7, 2016 in Articles › Entertainment

Tupac Shakur is not only one one of the most famous rappers of all time, but he is one of the most famous celebrities of all time. The legendary California-bred emcee who was shot and killed at the age of 25 still has a great impact on the lives of millions of people 20 years after his death. There is perhaps no bigger barometer of the impact Tupac had than the recent sale of a letter he wrote back in 1995.

A letter penned while he was incarcerated at New York's Clinton Correctional Facility, back in 1995, recently sold for $172,725, obliterating the early bid price of $11,000. The four page letter was written to Nina Bhareshwar, who was the publicist for Death Row Records at the time. Pac was incarcerated for allegedly sexually abusing a fan, and spent nine months in prison for the assault. He denied the assault in an interview three months before the letter was written.

In the letter, entitled "Is Thug Life Dead?" Pac offered a glimpse into "where [his] heart [was] at [the] time." He told Nina in a foreword of sorts, of the letter, that he wouldn't be granting the information contained in the letter "2 [sic] any other publication, not even time [sic] & Rolling Stone," and that he wanted her to "represent it as it is layed."

He essentially gave an overview of his life from being a "young Dustkicker," to a "thug n***a," to a "Boss Playa." He told Nina of the encounter he had with Oakland police officers that "knocked [him] unconscious for jaywalking & saying F**k The Police." He also described his experience in the correctional facility from which he was writing the letter, stating that the correctional officers would openly call him "n****r," and that putting your hands on a correctional officer while in prison was "an automatic 7 years [in prison]." 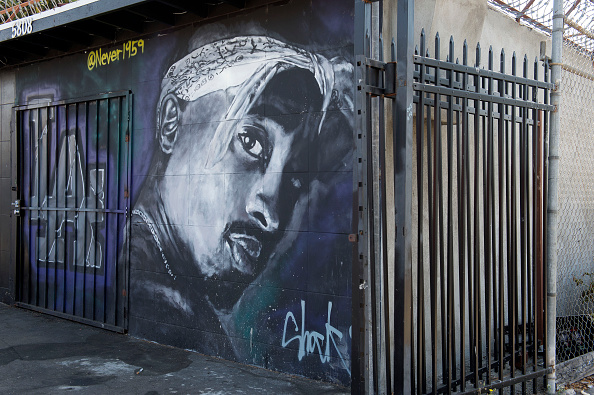 Pac concluded the letter by saying "Beware of Playa Haters and evil envious 'homiez.' They will bring u harm. It ain't all good my people be aware! Hopefully this will do some of u some good. If it does then I don't sit in jail in vain." He also went on to promise the release of another album "4 the homiez," which he did shortly after his release, with the classic All Eyez on Me.

While the identity of the person who bought the letter hasn't been disclosed, Ken Goldin of Goldin Auctions revealed that the winning bidder is a well-known person who beat out a popular entertainer for the historical piece of hip-hop memorabilia. `