LeBron James Is Well On His Way To Becoming A Billionaire

They don't call him King James for nothing! LeBron James may not be a billionaire yet, but – to quote Jon Bon Jovi – "he's halfway there!"

James has won the NBA Championship with all three teams he's played for to date.

As of this writing, LeBron James' net worth is $500 million. He has a number of businesses that, along with his NBA salary and endorsement deals, will soon double his net worth. 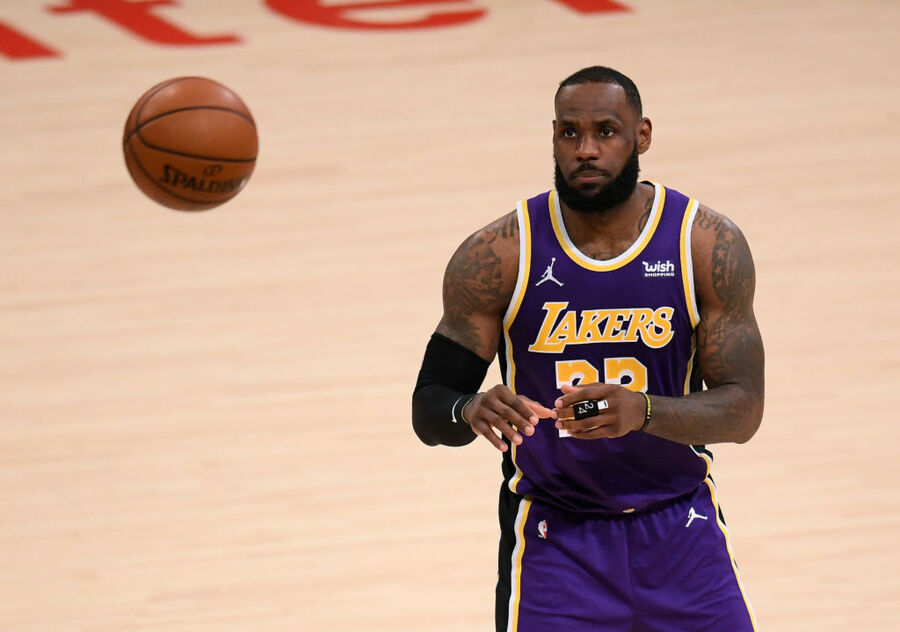 James makes $40 million a year from the NBA. He then makes an additional $55 million every year in lucrative endorsement deals.

When he entered the NBA 18 years ago at age 18, LeBron had his pick of the major shoe companies. He chose Nike. LeBron's original Nike deal paid $90 million over seven years. Fun fact: Nike didn't offer LeBron the most money, but he associated the brand with greatness and signed with them. Reebok offered him $115 million. Could Michael Jordan's long association with Nike have influenced him? It doesn't seem far-fetched!

Today, LeBron earns a minimum of $20 million per year from Nike. That number fluctuates depending on shoe sales royalty milestones. This season, he's wearing the 18th version of his signature shoe. In December 2015, LeBron signed a lifetime endorsement deal with Nike that will payout a reported $1 billion… over his… lifetime. It was the first lifetime deal Nike ever offered and reportedly the largest deal in the company's history.

Other Deals and Investments

LeBron has endorsement deals with dozens of companies including McDonald's, Microsoft, State Farm, Beats by Dre, Coca-Cola, Dunkin-Donuts, Baskin Robbins, Samsung, Nike, and more. In addition to endorsing Beats by Dre, Le Bron also owned 1% of the company. He earned $1 million in royalty payments during his years as a spokesman for the company. When Beats by Dre sold to Apple for $3 billion, LeBron's cut was $30 million.

James is also a major investor. For one thing, James and his business partner, Maverick Carter, are co-owners of the Boston Red Sox. They also own shares of Liverpool FC. James also owns SpringHill Entertainment, which produced the upcoming movie "Space Jam: A New Legacy," which James also stars in. The company has produced movies, documentaries, and television shows.

In 2012, LeBron decided to invest in a pizza startup called Blaze Pizza. At the time he was under contract with McDonald's. In 2017, LeBron actually turned down a $15 million extension offer from McDonald's so he could go all-in with Blaze Pizza. As of this writing he owns at least 19 Blaze pizza franchises and the company is one of the fastest-growing restaurant chains of all time. LeBron's equity stake at the company's latest valuation is worth about $40 million.

Michael Jordan officially became a billionaire on June 12, 2014. At the time MJ was 51 years old and had been retired from the NBA for 11 years.

At his current pace, LeBron James' net worth will be approximately $680 million in 2025 when he turns 40 and will potentially retire. At this point his pre-tax salary and endorsement  career earnings will be around $1.1. billion. If he just continues earning endorsement money, even half as much as he earns today, LeBron's net worth will pass the $1 billion mark in 2035. At that point he will be 51 years old.

Now, the X-factor in this whole conversation is his investment portfolio. The value of any one of his private company investments could skyrocket, and launch him into billionaire status at the same time.

When do you think LeBron James will become a billionaire? Will he still be an active NBA player when it happens?