By Brian Warner on March 4, 2015 in Articles › Entertainment

As you probably recall, "Blurred Lines" was the biggest hit of 2013. The song was practically unavoidable for six months. It sold five million copies in 22 weeks, six million copies in 29 weeks, and a total of 7.3 million copies in the US to date. It has sold 14.3 million copies worldwide. It's the fastest selling song in digital history and the second best selling digital single of all time, right behind "I Gotta Feeling" by The Black Eyed Peas. Suffice it to say, "Blurred Lines" was an absolute musical phenomenon that, unsurprisingly, put A LOT of money in the pockets of the song's creators, Robin Thicke and Pharrell Williams. BUT! There's just one problem. "Blurred Lines" may not have actually been written by Robin Thicke and Pharrell Williams. And thanks to legal paperwork that was filed this week, we're learning some intimate financial details that would normally be kept top secret by the music industry

Before we go any further, take a listen to this youtube video. It plays "Blurred Lines" (BL) back to back with the song it allegedly infringes on, Marvin Gaye's 1977 hit "Got to Give It Up":

Can you hear the similarities? If so, you may understand why Marvin's children, Frankie and Nona Gaye, might be a little upset. Writing credit for BL is currently attributed Robin Thicke, Pharrell Williams and Clifford Harris, Jr (better known as T.I.).

In August 2013, Mr. Thicke filed a preemptive lawsuit against the Gaye family after hearing rumblings that they were about to file a lawsuit of their own against him for copyright infringement.

One major problem for Mr. Thicke is that way before any lawsuits were filed, he told a number of media outlets that he and Pharrell set out to make a song exactly like "Gotta to Give It Up." He even claims they were listening to it when they first set out to write the lyrics and beats to what became BL. 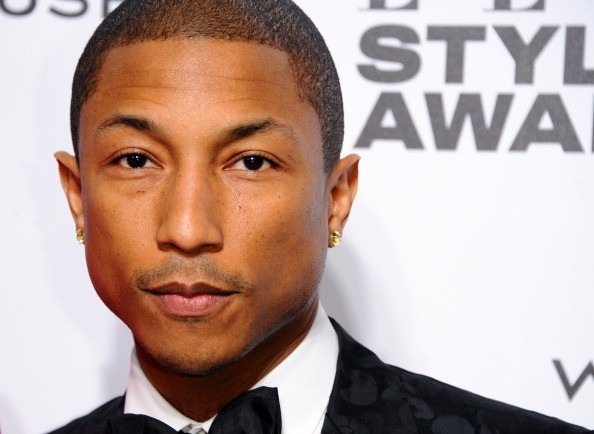 Ignoring the lawsuit for a second, if you believe this version of the story, you can understand why Robin would be entitled to a large chunk of the writing credit for BL. It sounds like he was sitting side by side with Pharrell suggesting chords, jotting down chords, imagining riffs. In reality, he actually didn't do anything to help write or create BL. According to his testimony:

"The biggest hit of my career was written by someone else. I felt it was a little white lie that didn't hurt his [Pharrell's] career, but boosted mine… This is what happens every day in our industry… I was high on Vicodin and alcohol when I showed up at the studio… Pharrell had the beat and he wrote almost every single part of the song."

So that's Robin's excuse. What's Pharrell's side of the story?

Mr. Williams maintains that the two songs are "completely different." He suggests that anyone who disagrees should "just simply go to the piano and play the two. One's minor and one's major. And not even in the same key."

Fellow musician Questlove chimed in his two cents in a Rolling Stone interview:

"Look, technically it's not plagiarized. It's not the same chord progression. It's a feeling. Because there's a cowbell in it and a Fender Rhodes as the main instrumentation — that still doesn't make it plagiarized. We all know it's derivative. That's how Pharrell works. Everything that Pharrell produces is derivative of another song — but it's a homage."

Regardless of who actually wrote "Blurred Lines" or if it plagiarized Marvin Gaye, the lawsuit has revealed some very interesting information about the song's profits. This information is especially interesting because we almost never get to learn this kind of precise financial detail related to the music industry.

Let's take a second to recognize how big of a scumbag move it was for Robin to steal credit from Pharrell. Not only was he taking credit for something he had nothing to do with creating, he also essentially took $5.6 million out of Pharrell's pocket. He actually ended up earning $600,000 more than Pharrell!

The Gaye family lawyers further contend that BL has generated $8 million in publishing royalties and that under a traditional licensing agreement, they should have been entitled to a minimum of half that amount. They argue the final amount could actually be way higher, 75 – 100% more, because permission was not granted in advance. This is the same thing that happened with Puff Daddy and Sting. Puffy never asked permission for the right to use "Every Breath You Take" so he had to give up 100% of the publishing royalties generated by "Ill be Missing You."

Finally, the Gaye family lawyers testified that, by their estimation, the song generated an additional $11 million in touring revenue.

The Gaye lawyers are seeking $40 million in damages.

So what do you think? Did Blurred Lines plagiarize Got to Give it Up? Does Marvin Gaye's family deserve millions?