By Amy Lamare on July 8, 2019 in Articles › Entertainment

Are you as excited for The Hills: New Beginnings as I am? The only thing I wish is that Lauren Conrad was participating. She isn't for a very good reason: she's simply out there living her best life and is way too successful to revisit the drama that reality TV, and especially The Hills represents. And good for her for that! It just won't be the same without the original star of the show, LC! Lauren hasn't made an official statement about The Hills: New Beginnings, but it's pretty clear she was ready to leave the drama (and her title of "the girl who didn't go to Paris") behind as soon as she left the show in 2009. Since then, Lauren has written nine books, launched her own clothing line, LC Lauren Conrad, is an internet lifestyle guru, married William Tell, her husband of almost five years, has a two-year-old son, Liam, and is expecting her second child. There's no reason for LC to go on The Hills reboot!

Back when she was THE reality TV darling, Lauren Conrad built her brand as a girl's girl who was there for her friends. LC was the one who told it like it was without sugar coating it while still managing to be nice. Remember when she told Audrina Patridge to get a grip with the Justin Bobby drama by saying:

"Homeboy wore combat boots on the beach. I know you don't want to call that your boyfriend." I mean, that's straight up truth right there.

In her life after The Hills, Lauren launched a lifestyle website. LaurenConrad.com features home décor, fashion, party planning tips, and oodles of recipes. She promotes that brand on her Instagram account to her more than six million followers. 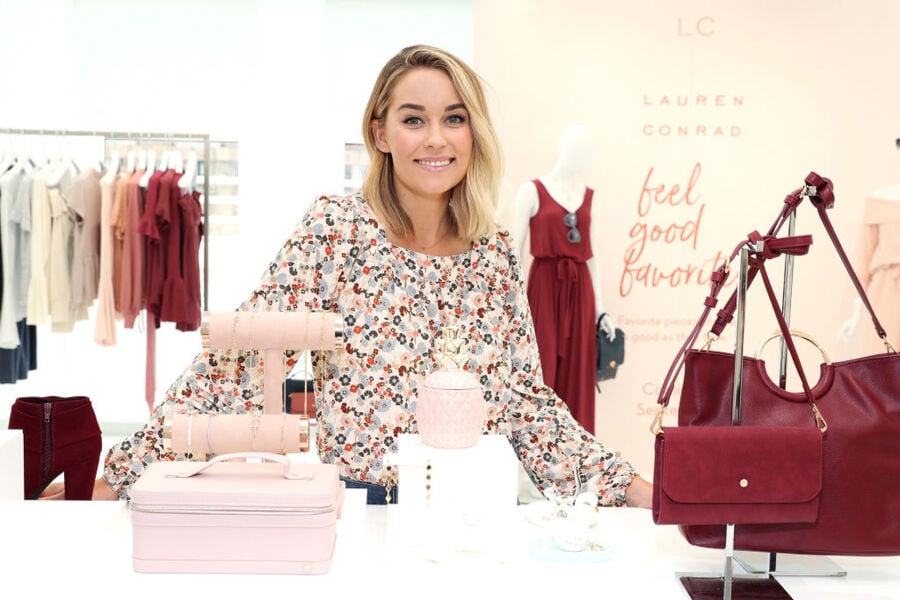 Also, the fact of the matter is that Lauren Conrad was reality TV's darling in the golden age of the celebutante. Back when the first version of The Hills was on Paris Hilton and Nicole Richie were roughing it on a farm in The Simple Life. Back in the early aughts, viewers were not yet completely saturated with reality TV. We all thought it was, well, real. Finding out that someone actually wrote the lines Simon Cowell delivered on American Idol pretty much burst the bubble for me. For Lauren, when MTV interfered and tried to manufacture drama (enter Heidi Montag and Spencer Pratt), LC was done. In a 2009  Los Angeles Times interview, Conrad said that her departure from The Hills was a long time coming, because MTV put the cast in "situations we didn't want to be in." She was simply over it. Of course the prime example of this was the fight Lauren had with Heidi and Spencer, when she accused them of spreading rumors that she had a sex tape." That fight lasted three seasons. And we bought it. Sadly, The Washington Post later revealed that the infamous fight scene was scripted.

Conrad later revealed that the cancelled series derailed her plans to promote her new clothing line. Suddenly she had to come up with her own publicity for Paper Crown in a short period of time. In the end, it all worked out. In the first year, she landed a contract with Nordstrom. In 2017, she had a pop up shop at the Manhattan location of Lord & Taylor.

Few moments are as clearly early aughts TV drama as Lauren Conrad walking out of Heidi and Spencer's wedding in that blue dress at the end of season five. Conrad walked right off The Hills and never looked back. She didn't have to, because she launched a partnership with Kohls that year: LC Lauren Conrad. The line of shoes, décor and jewelry is still going strong a decade later. She's the head designer of her Kohls line and has been for 10 years. That keeps her way too busy for the old drama of The Hills.

Leaving The Hills might be the best thing that ever happened to Lauren. Not only did she immediately launch the Kohl's line, she also became a best-selling author when she released her first novel, LA Candy, in June 2009. That book was followed by a sequel, Sweet Little Lies, in January of 2010. She has also authored the books Sugar and Spice, Lauren Conrad Style, The Fame Game, Lauren Conrad Beauty, Starstruck, Infamous, and Lauren Conrad Celebrate. So far, LC has written nine books. She also  spends a lot of her own time and effort into promoting her books – including getting out on book tours and meeting her fans. And I'll admit it, I read her novels and completely enjoyed them.

In addition to being an entrepreneur, Lauren is also something of a real estate mogul. In 2015, Lauren and William spent $4.4 million to acquire a 5-bedroom, 5,800 square foot house in the Pacific Palisades area of Los Angeles. They sold the house in 2017 for a shade under $5 million. In 2016, she sold a duplex condo in Beverly Hills for $2.8 million. Lauren's holdings include a home in Brentwood, which she bought in 2013 for $3.6 million. Back in her hometown of Laguna Beach, Lauren owns two homes on the same street. One home she bought for $2 million in 2009. The other Laguna Beach home sits on a bluff with unobstructed ocean views. She bought that house for $8.5 million in 2014.

Finally, Lauren is a married mother of almost two. She isn't Brody Jenner (whose new wife would like to know if they do, in fact, have an open relationship, as he reportedly told a woman in a nightclub). She isn't Spiedi, who have never ever ever given up on the early aughts celebutante drama filled lifestyle – scripted or not. She isn't Mischa Barton, who's been cast to basically be the LC of the new group, despite her very public struggles with mental health and substance abuse. I mean, come on, Barton is heading to court soon for the 2017 incident where she crashed her U-Haul into a condo building in West Hollywood. Tell me MTV didn't cast her for the drama factor. They so did.

Lauren Conrad is a grown up. She is a wife. She is a mother. She is a boss babe at the helm of her own fashion and lifestyle empire. She has a net worth of $40 million. LC doesn't have time for the bullshit of The Hills. And frankly, we love her all the more for it. You do you, LC!