By Amy Lamare on October 5, 2015 in Articles › Entertainment

Like something out of one of the Ocean's 11 sequels, two former casino dealers and two friends are accused of stealing more than $1 million from the Bellagio by siphoning it off craps tables using phantom bets. Dealers James Russell Cooper Jr. and Mark William Branco were fired as soon as the theft was revealed. The two were arrested in July 2014. The two former dealers are named in a 60-count indictment filed last week. Also named in the indictment are Jeffrey D. Martin and Anthony Grant Granito. The four men are accused of cheating at gambling and theft. If convicted, the men face decades in prison.

Their craps scam was deceptively simple and went on for more than  two years. The dealers accepted late or unclear bets and paid out winnings when pit bosses and other dealers were not watching them according to a statement from the Nevada State Gaming Control Board. 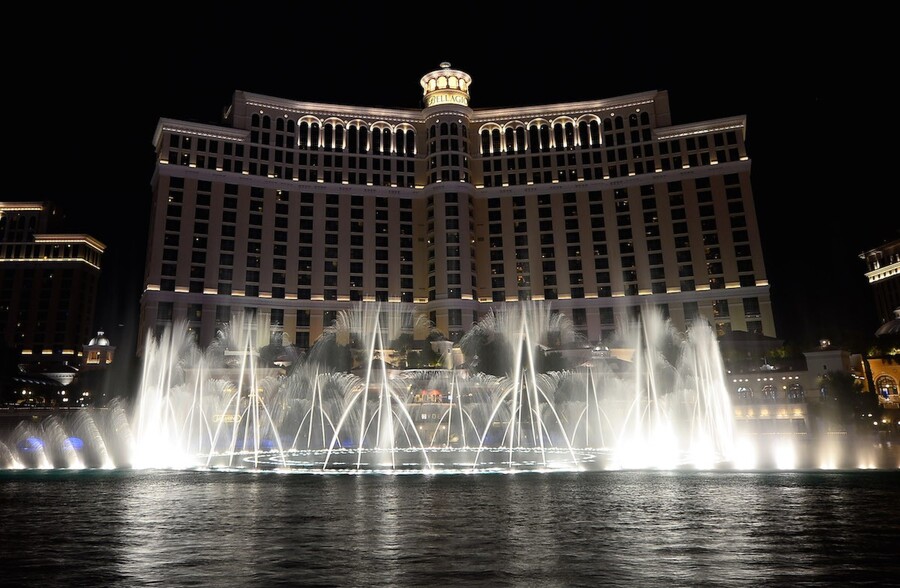 Cheating in Las Vegas is pretty common. As many as 500 people a year are arrested for cheating or theft from a casino. For a cheating scam to go on for so long and involve so much money is unusual, even by Sin City's standards. The dealers and their co-conspirators were caught when another dealer became suspicious of them and reported them to casino investigators. Fraud control agents from the Bellagio's parent company MGM Resorts International worked with gambling regulators to review a ton of security video footage in an attempt to nab the perpetrators. They also combed through the suspects' financial records, closely observed the dealers working and Martin and Granito gambling, and interviewed co-workers and witnesses to build their case.

In their scam, Martin and Granito were making wagers after the outcome of the game was known. Cooper and Branco then paid them off. The dealers also paid off random wagers placed by Martin and Granito, even when they weren't winning bets.

Cooper cooperated with authorities following his arrest and testified before the grand jury. Arrest warrants were issued on September 30th. Martin's attorney has said his client intends to plead "not guilty."

The scheme perpetrated by the four men is called a "dealer-agent scam." A craps table gets crowded and is often rowdy and noisy. It is easier to distract other players and casino personnel around a craps table than it is at, for example, a blackjack table. If there is a dirty person on the inside, they can slide a bet to the dealer and then be paid out whatever the roll of the dice is. The bet is designed to be unclear, so the fraud goes undetected. In other scenarios, the cheating gambler confuses the stick man during the roll of the dice so they can place a late bet once the outcome of the roll is clear.

If convicted, in addition to prison, the four men will likely be banned from casinos for the rest of their lives and be added to the lists of the biggest Las Vegas cheating scandals of all time.