By Amy Lamare on January 12, 2020 in Articles › Entertainment

Having a beach house is a dream for many people. It sure is for me. Having a home directly on the Pacific Coast Highway in Malibu tells people you've arrived. You've made it. You have, basically, enough money to do whatever you want. After all, if you can pay $1 million in property taxes a year, you're not sweating to make your car payment or to pay your electric bill. The owners of the house located at 22126 Pacific Coast Highway in Malibu have quite a large swath of beach to call their backyard. The house sits on prime Carbon Beach oceanfront land. It formerly belonged to David Geffen and sold in 2017 (after quite a while on the market and a number of price reductions) for $85 million. And, the new owners get to rejoice in the fact that their beach pad comes with a property tax bill of $1.03 million each year.

This is the first article in a series about houses in Los Angeles that carry a $1 million (or more) annual property tax bill. What do you think? Is it worth it?

Let's get to the stats first. 22126 Pacific Coast Highway, Malibu, CA is a 2,279 square foot house that was built in 1948. It has four bedrooms and four bathrooms and a beachfront pool with a spa. That is just one of the structures on the property though, all in it has 4,000 square feet with five bedrooms and six bathrooms on several lots. Officially the address is 22114-22126 Pacific Coast Highway. The gray shingled house has white trim, two guesthouses, a pavilion screening room. Geffen put it on the market in 2015 for $100 million. He owned the property in part since the 1970s and in full since 1999. 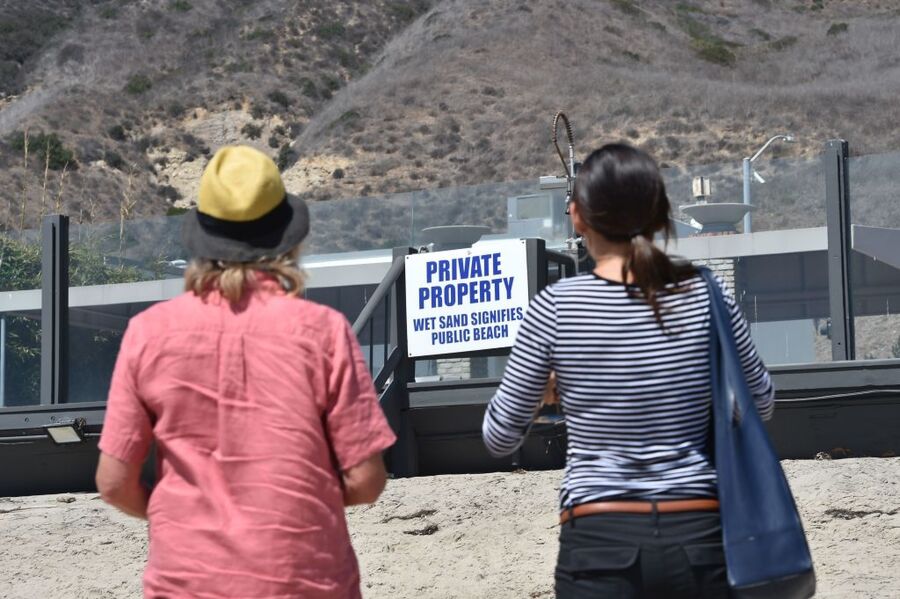 There was some controversy with this house, Geffen, and the California Coastal Commission back in the 1980s. You see, all beaches are public property in California. But Geffen didn't want the unwashed masses traipsing back and forth in front of his beach pad. Back in 1983, Geffen struck a deal with the city of Malibu and the California Coastal Commission to allow a pathway from Pacific Coast Highway down to the public beach in front of his home in exchange for being allowed to build a swimming pool and other additions on his property. Everything was fine for a while. Then, in 2002 Geffen filed a lawsuit to keep people from using that access point and the beach in front of his house. At one point he even built four fake garage doors along PCH and removed the curb to make it look authentic, to keep people off the beach and also to keep people from parking on the public road in front of his house.

These shenanigans by Geffen went on for years. Finally, in 2007 he agreed to open a bit of the public beach (how kind of him to allow people to use a public space!), in exchange for being allowed to install a privacy barrier to protect his property.