By Brian Warner on March 5, 2019 in Articles › Entertainment

Earlier today, Forbes released their annual list of the 400 richest Americans. Perhaps not surprisingly, they decided to put Kylie Jenner on the cover with a salacious headline claiming she is now "officially" a billionaire…which would also mean she's the youngest American billionaire. Look. I'm not a Kylie Jenner hater. I just think it's sad that Forbes is stooping to clickbait headlines based on fuzzy math to to sell magazines and generate pageviews. I am, in fact, a huge Kylie fan and find her business success, self-made or not, extremely impressive. But the reality is that Kylie Jenner is extremely rich, with a net worth we estimate to be $300 – $400 million, but she is most certainly NOT a billionaire.

Frustratingly, Forbes has been pushing this false narrative about Kylie's wealth for months. This saga started last July when Forbes suddenly announced she was worth $900 million and on pace to become a billionaire.

Here's the problem with Forbes' Kylie wealth reporting: In my opinion, they take a morsel of truth and massage it into a shocking headline purely for the purpose of selling magazines and getting attention. 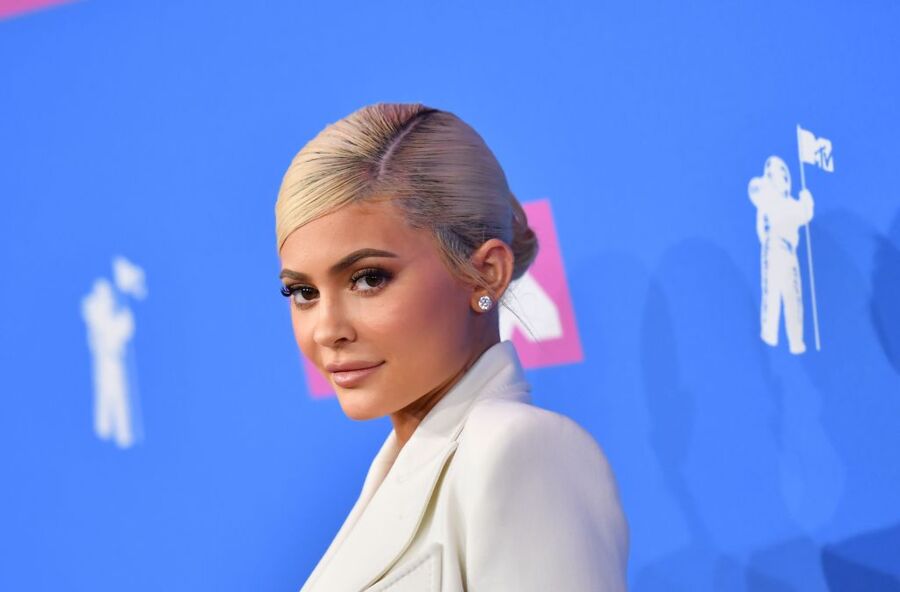 Back in July Forbes calculated Kylie's $900 million net worth by assuming Kylie Cosmetics was worth $800 million and that Kylie has a separate net worth of $100 million. They provided little to no verification to these shoddy numbers.

Forbes stated at the time that Kylie Cosmetics grossed $330 million in 2017, roughly $100 million of which was profit. These were estimates based on unverified numbers provided by Kris Jenner. In order to achieve an $800 million valuation, Forbes used what they claim is a "conservative" 8X multiple (annual profits multiplied by 8). I believe that is an extraordinarily high multiple, nowhere near conservative. Private technology companies sell for 8-10X multiples. Consumer goods companies typically sell for much much lower multiples since the margins are lower and growth prospects vastly more challenging.

In mid-2017, Kris Jenner told Forbes that Kylie Cosmetics was on pace to do $400 million in sales for 2017. Well, they actually did $330 million. Allegedly. No verified source or facts given for this estimate. Forbes today stated that Kylie's brand had estimated revenue of $360 million for 2018. Estimated. Again, no source was given for the estimate.

Even if the numbers are true, the company's revenue is growing at a paltry 9%. Not exactly setting the world on fire to deserve an 8X profit multiple.

Here's the best part – Without giving any facts at all, Forbes just boom-bam-bing jumps to the conclusion that…yada yada yada… Kylie Cosmetics is now worth $900 million, up from $800 million seven months ago. And Because Kylie already had $100 million (she apparently has made zero additional money in that time frame)… boom-bam-bing… she's a billionaire. That is an extremely convenient leap of faith without any numbers to back up their claims.

Most importantly, please note that Forbes does not give any treatment for taxes!

A more reality-based multiple to value her company would use 3-4X profits. Using 4x, if someone bought Kylie Cosmetics, it would sell for $400 million. After Kylie gave 20% to the US Treasury for long-term capital gains and 13% to the California Franchise Tax Board, she'd be left with $268 million. We estimate that Kylie's non-cosmetics assets are worth $60 million, not $100 million, which would mean after a sale she would be left with a net worth of $328 million. Using a 3X sale multiple, she'd be left with a $260 million net worth.

But here's the craziest part of Forbes' headline: Even if she did manage to sell her company for 8X profits, Kylie would STILL not be a billionaire! Assuming someone paid $800 million, roughly 8X her supposed current profit level. That would leave Kylie with $536 million in after-tax net proceeds. If we concede to Kylie's $100 million outside fortune, that's $636 million net worth. Several hundred million away from billionaire status.

Again we are not trying to take anything away from Kylie. She's clearly crushing the business world. I just take exception to the way Forbes is crafting headlines in order to sell magazines and get publicity. They are skipping over basic net worth and valuation math.

I'm seeing this over and over with Forbes. They partner with superstars with massive followings and craft a salacious headline that makes the superstar look amazing. It's a win-win. The superstar gets an amazing PR headline. Forbes gets tons of pageviews when the superstar shares the link to their social media.

For example, if Kylie or The Rock asked me to write an article claiming they made seventy bajillion dollars last month…and in return they'd blast the article all over social media to their hundreds of millions of followers…I'd do it. DMs are open.

Forbes basically cops to this strategy at the end of today's Kylie article:

"Whatever happens next, one thing is certain. Jenner will share it all on social media…She is, after all, the first selfie-made billionaire."

Ugh, "selfie-made." I feel like someone at Forbes thought of that line a year ago and they thought it was sooo clever that they did whatever was necessary to make it come true.

And don't even get me started on the idea that Kylie Jenner is self-made.