Kylie Jenner And Paris Hilton Are Not Self Made – Not By A Long Shot!

By Amy Lamare on August 20, 2018 in Articles › Entertainment

But back to Kylie for a minute. She built a makeup empire. But it wasn't exactly the scrappy picture of a brand built at her kitchen table that Forbes would like you to believe. Sure, she has leveraged her reality TV and Instagram fame to sell lipstick, but she is not a calculating, savvy CEO running a company. She is a 21-year-old new mother. If anyone is the calculating, savvy CEO of Kylie Cosmetics it is her mother, Kris Jenner. Forbes claims that Kylie Cosmetics had $330 million in revenue in 2017 and that a conservative valuation of the company puts it at a worth of $800 million. Kylie owns 100% of the company. But here's the thing, Kylie Cosmetics is a private company and not required to disclose its revenues and profits. We will believe that Kylie Cosmetics is worth $800 million when and if someone comes along and buys it for $800 million.

And here's another thing, like Andy Warhol famously said, today, it seems like nearly everyone gets their 15 minutes of fame in the world of social media. It is inevitably just a matter of time before the Instagram faithful move onto the next hot thing. 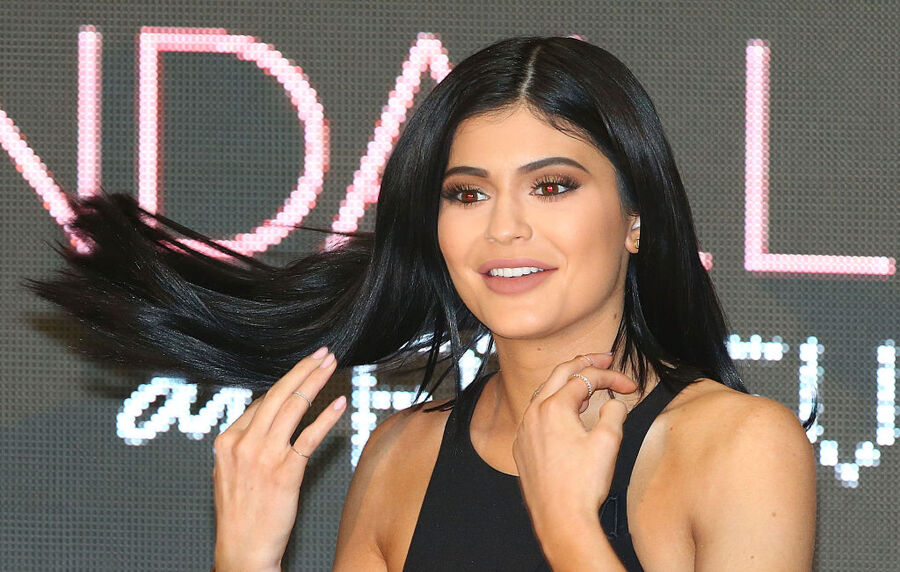 Basically, Kylie Jenner (and her cosmetics empire) is the very definition of a trend. Trends come and go. The social media interest that made her empire can, and eventually will, grow bored of it and move on to the next big Insta famous brand or model.

Kylie Jenner was not unaided in any aspect of her career. Her family has been on TV since she was a small child. Her older sisters and mother practically set the parameters for social media fame. She is not Oprah Winfrey. She did not grow up dirt poor in the South and become a world famous, mansion living, cosmetics empire owning, very wealthy young woman. She was born wealthy and her family's antics AIDED HER GREATLY in her own quest to build her cosmetics empire. Kylie Cosmetics was not started from nothing. It was not an idea people doubted. Kylie did not risk it all by starting the company.

Kylie Jenner is not Spanx founder Sara Blakely who was selling fax machines door to door. As a 25-year-old National Sales Trainer, Sara was forced to wear pantyhose in the hot and humid Florida climate. This misery got Blakely's creative juices flowing. Like many women, Blakely did not like wearing pantyhose with open toed shoes, where the seam of the hose was visible, and toes encased in nylon. She did, however, like the fact that the pantyhose's control top smoothed and slimmed her silhouette. She tried cutting the feet off of her pantyhose but found this just made the fabric roll up her leg. Blakely immediately invested her entire savings into researching a solution to her pantyhose problem. She dove into the world of hosiery patents looking for the right material for her brand new product. Sara used her entire $5,000 life-savings to launch a slimming undergarment alternative to pantyhose that would eventually be known as Spanx.

Jenner is not Anastasia Soare,who was born in Romania and moved to Los Angeles in 1989. She was a 32-year-old single mother who didn't speak any English. She got a job in Los Angeles as an aesthetician. She noticed that American women didn't pay much attention to their eyebrows. She had learned about the golden ratio back in art school and began applying it to her clients' eyebrows. The golden ratio was also used by Leonardo da Vinci. It uses the ratio of 1.618 to 1.0 to find the perfect arch of an eyebrow. Soare has patented this.

It didn't take long for celebrities to find her. Supermodels Cindy Crawford, Stephanie Seymour, and Naomi Campbell were among the first famous ladies to have their brows done by Anastasia. She opened her own small one room studio in Beverly Hills in 1992 and found herself working seven days a week offering her eyebrow grooming, facials, and waxing. Five years later, she was successful enough to open her flagship Beverly Hills salon. Soare's line now sells 485 products and goes well beyond makeup for eyebrows. Anastasia Beverly Hills is in 2,000 stores around the world. The company brings in about $340 million in annual revenue.  The company is currently worth around $1.5 billion. Soare owns 100% of the company.

And another thing, the original celebutante, Paris Hilton is also not a self-made woman (let alone a billionaire).  Hilton was asked if she is self made like Jenner. Hilton responded "obviously." Like Jenner, Hilton grew up with a silver spoon and a healthy bank account. What's next? Bill and Melinda Gates' kids starting a company and claiming they are self-made?

None of this ire really takes anything away from Jenner's success. She's been savvy about leveraging her fame and social media influence to build her brand and sell lipstick. Kylie is the latest brand to come out of the Kardashian/Jenner incubator. Kris Jenner rules the family social media and branding empire with an iron first. After all, it was her idea to start with. Even the Forbes story admits that Kris Jenner handles all the business aspects of Kylie Cosmetics. Product manufacturing, design, and fulfillment is outsourced. Kylie basically pouts for selfies and captions them with the colors and shades of the Kylie Cosmetics products she's wearing.

The inequality group United for a Fair Economy uses a baseball analogy to describe the degrees of self-made. After all, even amongst truly self made billionaires there are degrees of life experience that give them a leg up. Oprah Winfrey and Dolly Parton were dirt pool. Mark Zuckerberg went to Harvard. His parents are a psychiatrist and dentist. He is still self made, but we have to acknowledge the leg up he had due to his socio-economic class.

The baseball analogy says that some entrepreneurs start from home plate and truly hit a home run (Oprah, Anastasia Soare). Others start out on on first, second, or third base, so their home runs had the benefit of some help. Forbes (and other media outlets) glamourize entrepreneurship to near fetish levels without considering how much wealth or power those billionaire entrepreneurs started with.

United for a Fair Economy found that among the 400 richest American billionaires, 21% were born in the batter's box—they started in a poor or middle class family and hit their own, unaided, home run. A whopping 22% were born on first base – they had an upper-class background (Zuckerberg) that gave them some help. Another 12% were born on second base – they benefited from substantial family investment – like GoPro founder Nick Woodman. (While building his company, he received $35,000 from his mother and two separate $100,000 investments from his father.) About 7% of American self made billionaires were born on third base – these lucky people received at least $50 million from their family. The remaining percentage either didn't fit into a specific category or could not be calculated due to lack on information.

Kylie Jenner started on third base. She received the most critical capital in her business from her family. Without her built in fame and the social media empire, Kylie Cosmetics would not have the reach and revenue that it does.

Now the good news is that, at 21, Kylie is just getting started. This early success sets her up for a lifetime of building her brand and launching products. Let's just drop the self-made label for her (and Paris Hilton) and hold off on calling her a billionaire until she actually is one.