By Amy Lamare on April 9, 2019 in Articles › Entertainment

You know how when people do that thing where they keep denying something so much that you know they are…well, if not lying, definitely not being entirely truthful. It seems like Kylie Jenner has had a crisis of conscious of sorts. She's walked back her claim that she is 100% self-made. In an article in the New York Times published on March 30th, the cosmetics mogul admitted that she can't say she became a billionaire all on her own. Sigh. Of course, we maintain that Jenner is far from being a billionaire, but we will also take our victories where we can get them. She said

"I can't say I've done it by myself. If they're just talking finances, technically, yes, I don't have any inherited money. But I have had a lot of help and a huge platform."

We will let that sink in for a moment while we pat ourselves on the back.

Jenner, of course, got her start as a child on her family's long-running reality series Keeping Up with the Kardashians. That is just one of the 21 year old's revenue streams. Forbes declared Kylie a billionaire based on the fact that Kylie Cosmetics expanded into Ulta in 2018, helping the company's revenue grow by 9% to $360 million. The magazine then took the liberty of giving Kylie Cosmetics an incredibly generous valuation of $900 million. The magazine called that a conservative estimate. We call that B.S. 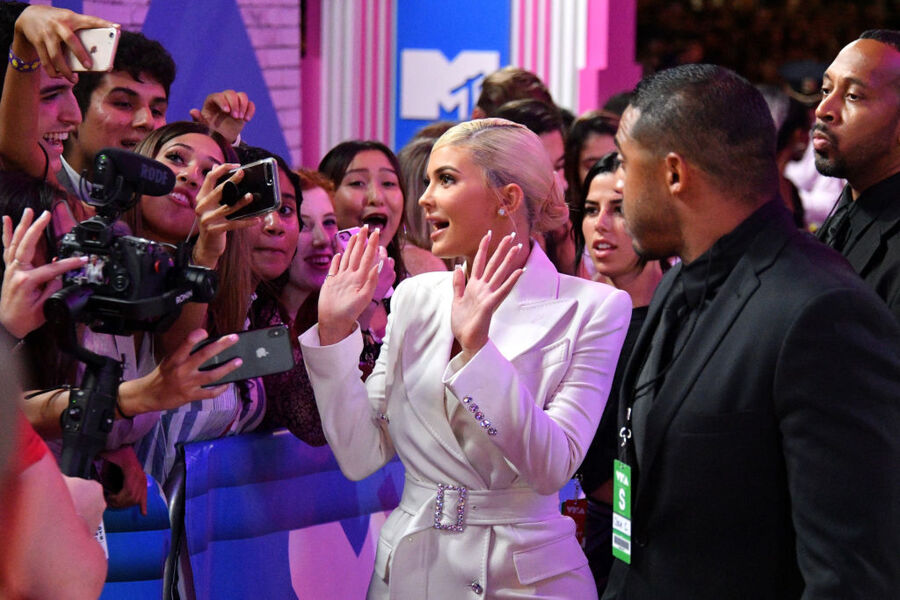 Kylie Jenner is a lot of things. She is a savvy 21-year-old businesswoman and model. But she is not anywhere close to being worth the $900 million certain other publications have claimed. The math it takes to put Kylie so close to the billionaires club is so dubious it is ridiculous. Kylie is a lot of things. She's a model. She's a makeup mogul. She's a mom. She's a sister and a daughter and an aunt. She's a member of the Kardashian-Jenner family. She is not self-made, which she now realizes, but she is also not a billionaire or even close to it.

Kylie Cosmetics is one of the hottest makeup companies in history. She launched it two years ago with a $29 lip kit containing a lipstick and lip liner. Since that time, Kylie Cosmetics has sold more than $630 worth of makeup – with $330 million of that in 2017. Kylie Cosmetics is worth an estimated $800 million. Kylie Jenner owns 100% of Kylie Cosmetics. And that isn't the only revenue stream for the 21-year-old. She's made millions from the family's TV shows and from endorsing products like PacSun clothing and Adidas shoes.

The problem with Forbes' valuation of Kylie Cosmetics is that they have no way to back up their numbers. Back in July 2018, the same outlet said Kylie had a $900 million net worth by valuing Kylie Cosmetics at $800 million, saying that Kylie Cosmetics grossed $330 million in 2017, with $100 million of that pure profit. Now, they've conveniently bumped up the sales for 2018 and the valuation to push the narrative that Jenner is a billionaire. There are no public numbers or facts that support this.

That valuation is assuming that Kylie Cosmetics would sell for $900 million. That is about 8X over its profit. That is, frankly, insane.

In an interview with Paper magazine, Kylie said she never received any money from her parents past the age of 15. That may be true, but she did live with Kris Jenner until she was 18 years old. She had a refrigerator full of food and all the luxuries that come with living under Kris Jenner's roof. That carries monetary value right there.

But, we've lost sight of the point here, Kylie finally grasps the meaning of self-made. Hopefully soon she will also realize that she doesn't have $1 billion.