By Amy Lamare on March 2, 2019 in Articles › Entertainment

Sigh. Here we go again. But first, the disclaimer: Kylie Jenner is a savvy 21-year-old businesswoman and model. But she is not anywhere close to being worth the $900 million certain other publications have claimed. The math it takes to put Kylie so close to the billionaires club is so dubious it is ridiculous. Kylie is a lot of things. She's a model. She's a makeup mogul. She's a mom. She's a sister and a daughter and an aunt. She's a member of the Kardashian-Jenner family. She is not a self-made billionaire or even close to it. But more on that later.

Kylie is on the cover of the latest issue of Paper Magazine, and in the accompanying article she dished on how she is a self-made almost billionaire. Despite the fact that she had a definite advantage, thanks to her family's wealth and the fame she has had since she was a little girl through the Keeping Up With the Kardashians and other family reality shows, Jenner insists she is self-made and did not have any help at all. Her reasoning? She said her parents cut her off at 15 years old, and that forced her to hustle and make her own way.

Somehow, I don't think Kylie knows what being cut off really is. I mean, Kris and Caitlyn Jenner didn't throw her out on the street. She still lived in the lap of luxury in the family's lavish Calabasas home – at least until she bought her own multi-million dollar home. They basically just took away her allowance. Like many parents do when their kids are teenagers and can get a part-time job of their own. 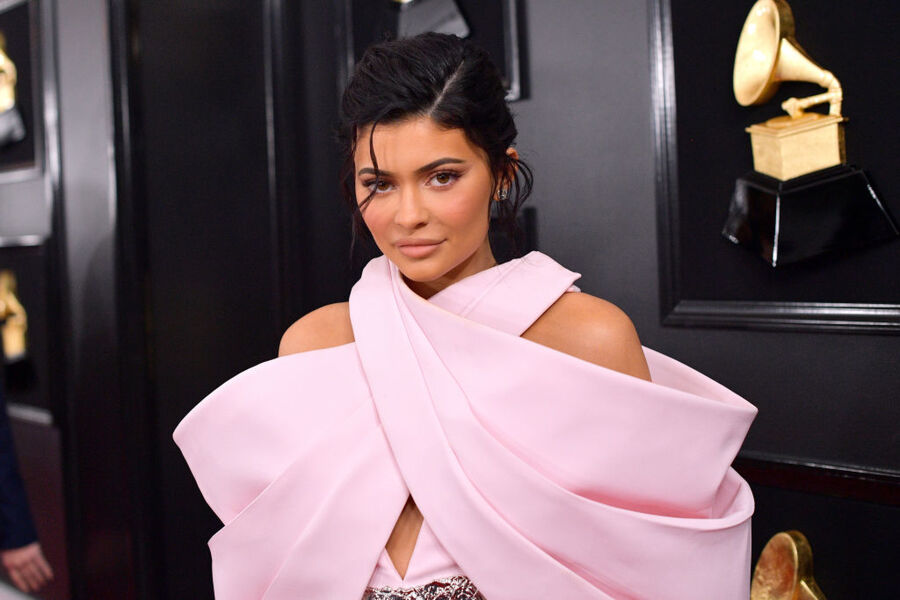 Kylie simply insists that her family's wealth and fame had NOTHING to do with her success and her near-billion dollar fortune. To be clear, we dispute that claim. Kylie Jenner has a net worth of $300 million, not $900 million.

"I had such a huge platform, I had so many followers already and I had so many people watching me. My parents told me I needed to make my own money, it's time to learn how to save and spend your own money, stuff like that. What I'm trying to say is I did have a platform, but none of my money is inherited."

OK we will actually concede that point. Kylie's money isn't inherited. Both her parents are still alive. (Again, we're not sure she fully grasps the meaning of the word inherited.) She has made her own money, but she is not self-made.

Kylie Jenner was not unaided in any aspect of her career. Her family has been on TV since she was a small child. Her older sisters and mother practically set the parameters for social media fame. She is not Oprah Winfrey. She did not grow up dirt poor and become a world famous, mansion-living, cosmetics empire-owning, very wealthy young woman. She was born wealthy and her family's antics AIDED HER GREATLY in her own quest to build her cosmetics empire. Kylie Cosmetics was not started from nothing. It was not an idea people doubted. Kylie did not risk it all by starting the company.

The inequality group United for a Fair Economy uses a baseball analogy to describe the degrees of self-made. After all, even amongst truly self-made billionaires, there are degrees of life experience that give them a leg up. Oprah Winfrey and Dolly Parton were dirt poor. Mark Zuckerberg went to Harvard. His parents are a psychiatrist and dentist. He is still self-made, but we have to acknowledge the leg up he had on his eventual success due to his socio-economic class. Zuckerberg would have been successful at any career he chose. Dolly Parton would not necessarily have had that same advantage had her music career not taken off.

The baseball analogy says that some entrepreneurs start from home plate and truly hit a home run (Oprah, Dolly Parton). Others start out on first, second, or third base, so their home runs had the benefit of a degree of help. United for a Fair Economy found that among the 400 richest American billionaires, 21% were born in the batter's box – they started in a poor or middle-class family and hit their own, unaided, home run. A whopping 22% were born on first base – they had an upper-class background (Zuckerberg) that gave them some help. Another 12% were born on second base – they benefited from substantial family investment – like GoPro founder Nick Woodman. While building his company, he received $35,000 from his mother and two separate $100,000 investments from his father. About 7% of American self-made billionaires were born on third base – these lucky people received at least $50 million from their families. The remaining percentage either didn't fit into a specific category, or could not be calculated due to lack on information.

Kylie Jenner started on third base. She received the most critical capital in her business from her family. Without her built-in fame and social media empire, Kylie Cosmetics would not have the reach and revenue that it does.

Now, the good news is that, at 21, Kylie is just getting started. Let's just drop the self-made label for her and hold off on calling her a billionaire or an almost billionaire until she actually is one. And also, possibly buy her a dictionary so she can better understand the concept of self-made, inheritances, and being cut-off.