Koenigsegg Agera R: The New Fastest Car in The World

By Simon Gerard on August 27, 2013 in Articles › Entertainment

What's the fastest car in the world today? The ultra-exclusive Swedish car manufacturer Koenigsegg is releasing a new model called the Agera R, which will be the new fastest production car in the world setting five Guinness world records. The Bugatti Veyron Super Sport still holds the overall top speed record at 268mph and is still the (world's most expensive car), but the Koenigsegg Agera R has triumphed in all other aspects of speed. Most importantly, it beat the Veyron Super Sport in the 0-186mph (0-300km/h) with a time of only 14.53 seconds compared to the Super Sport at 16.7 seconds. 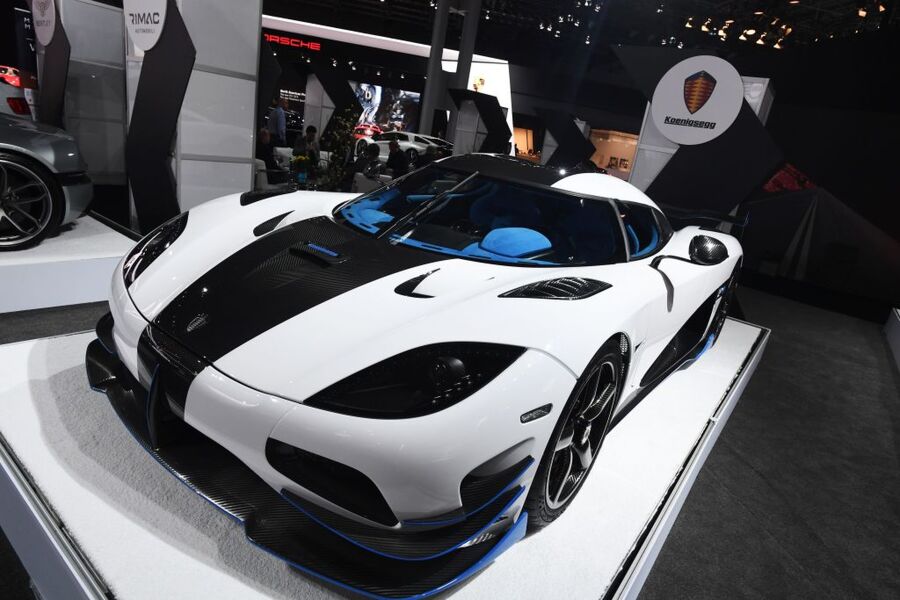 The new Agera R is also among the world's most expensive cars, with a price tag of $1.7 million. The R model costs $200,000 more than the standard Agera. And when you're dropping that much cash, you might as well spring for the R. The big difference between the standard and the R isn't the jump from 940hp to 1110hp, it's that the standard Agera is a supercar and the Agera R is a "hypercar". A hypercar is a car that is made of ultra-light alloys and an environmentally friendly drive train to achieve it's high performance. This could mean a carbon fiber design with a hybrid engine super car.

In the Agera R's case, this hypercar runs on E85 biofuel instead of regular gasoline in the standard model. The car gets 16 mpg, which is pretty decent for 1110hp car that just broke a world speed record. The Agera R can run on normal 95 octane gas, but you loose 100hp and green bragging rights. The engine itself is a 5.0 liter V8 engine that is twin-turbocharged and weighs just 434 pounds and miraculously manages to meet required global emission standards. This gives the Agera R the unofficial world record of high power to low CO2 emissions and fuel consumption.

This green powerhouse of an engine is attached to new 7-speed gearbox to only the rear wheels and features the world's first dual clutch system for a single input shaft gearbox. The unique triple-damper suspension has the front wheels wider than the rear, with the most cutting-edge ABS system, electronic differential and traction control. It also has special Michelin tires, custom designed only for the Agera. Note the turbine-shaped wheels, which actually work as turbines to create more down-force and cool the massive breaks. The monocoque chassis is made completely of carbon fiber, keeping the car ultra-stiff, even with the detachable roof removed. It also has a sweet rear wing on the back that goes up when you drive real fast.

Inside, only the best of the best is used, following a Swedish minimalist aesthetic. Materials used include aircraft-grade aluminum, carbon fiber, precious metals and two types of leather. Even the steering wheel and seats are made of carbon fiber. The dashboard interface is customization, with central high-def touchscreen for audio, navigation, bluetooth and fancy performance meters and data displays.

The Agera has another claim-to-fame with the largest trunk space in the world (for a hypercar). It's big enough to store the removable roof or even a set of golf clubs. The model shown on ice above features the optional winter package with roof box. It includes specially designed Michelin snow tires and a separate roof with the fixed box for your skis. The roof box, made by Swedish company Thule, has been tested up to 186mph (300km/h). So yes, this makes it the fastest roof box in the world!! Perfect for the uber-rich owner to zip from their private Swiss bank to their chalet in the Swiss Alps in record time!