That Knockoff Painting You Just Bought At A Garage Sale? It Really Isn't A Knockoff. And Now You're Rich.

After a long work week, the last thing I would ever want to do on a Saturday or Sunday is drive around to a bunch of garage sales, hoping to score a bargain on a pepper shaker. The idea of rummaging through a stranger's trinkets and garbage for hours on end sounds like my worst nightmare. Not to mention what the people who go to these sales all the time must be like. I am guessing they can be pretty annoying. Bottom line: I am not a fan of any type of garage sale, yard sale, estate sale, etc. Then again, after hearing what just happened to an anonymous woman in England…I may want change my mind.

At some point last year, a bargain hunter with a degree in art history was flipping through a stack of paintings at an estate sale in England. Most of the paintings did not appear to be all that interesting, they were mostly mediocre knockoffs of classics. But one of the knockoffs stood out to our bargain hunter.

So after some negotiation, the bargain hunter agreed to pay $5,000 for what she assumed was a knockoff of artist John Constable's 1831 work, "Salisbury Cathedral from the Meadows."

John Constable was an English Romantic painter who is widely considered one of the most popular and historically important artists in England's history. Not unlike other painters, he became popular later in life, and his works gained in popularity and significance after he passed away in 1837.

Of course if you read the introduction to this article, you already know the knockoff wasn't a knockoff at all. The new owner took the painting to an appraiser. Dumbfounded, the appraiser had determined that this was actually John Constable's ORIGINAL work. No one knows quite how the painting got lost in the first place, but the new owner happily brought his prize to Sotheby's to be auctioned on January 30th, 2015. Sotheby's initially estimated that the painting would sell for $3 million. 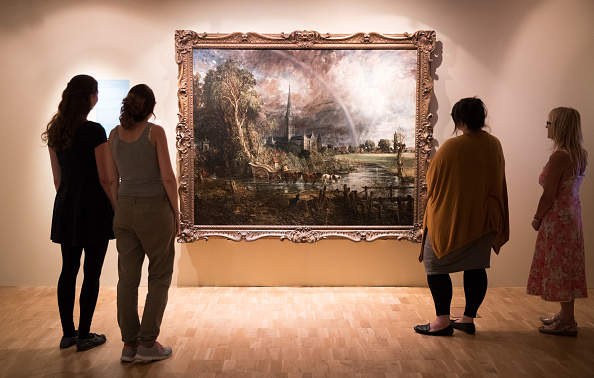 While the chance of finding such a hidden gem at an estate sale, flea market, garage sale, or a thrift store is rare, this is not the first time someone has made out by finding something extremely valuable. In 2013, someone bought a bowl for $3 at a yard sale in New York, and later sold it for $2.2 million! A watch collector also purchased a watch for $5.99 at a Goodwill store in Arizona, and then sold it for $35,000!

These examples just go to show you that every once in a while, an item of extraordinary value slips under the radar and sells for just a fraction of its true value. So is it worth looking for that needle in the haystack at your neighbor's garage sale? Someone has 5 million reasons to say "Yes!"