Kirsty Bertarelli Is The Richest Woman In Britain. She's Rich, Beautiful And Wants To Be Pop Star

Kirsty Bertarelli is a multi-billionaire who lives a fabulous life. She's the richest woman in England and therefore can have or do anything she wants. Her fortune is so huge, it is larger than the fortunes of J.K. Rowling and the Queen of England–combined. As of this writing, she and her husband are worth a staggering $14.3 billion. She's rich, beautiful, has a husband, three kids, a chalet in Gstaad, Switzerland, a chateau on the shores of Lake Geneva, a mansion in London, a private jet, a fleet of limos, priceless jewelry, a wardrobe full of Chanel, Dior, and Armani couture, and the $150 million yacht her husband bought her for her 40th birthday. However, money really can't buy everything because Kirsty doesn't have the one thing she really wants. Who is Kirsty Bertarelli and what is it that she wants? Read on to find out…

Kirsty Roper was born on June 30, 1971 in Staffordshire. Her family owns Churchill China, one of the world's major china manufacturers. She grew up comfortably. As a kid she rode horses, played tennis, and wrote poetry. Those poems laid the foundation for her future songwriting career. When she was 17 years old, Kirsty signed with a modeling agency in Manchester. The agency entered her in the Miss UK beauty pageant.

Kirsty was crowned Miss UK in 1988. She moved into an apartment in Chelsea and became friends with the well-to-do Sloane set. In the 1990s, Kirsty partied at nightclubs with Liz Hurley, Tamara Beckwith, and Tamara Mellon. She dated gambling heir Damian Aspinall for two years. During this time, she also signed a deal to write songs for Warner Records. Then one day in 1998, Kirsty collapsed at her parents' house.

She was rushed to the hospital and diagnosed with bacterial meningitis. It almost killed her.

Kirsty made a full recovery and a year later met billionaire Ernesto Bertarelli while on vacation in Italy. The couple married in 2000 in a picturesque Alpine Village and Kirsty settled into her role as a billionaire's wife. 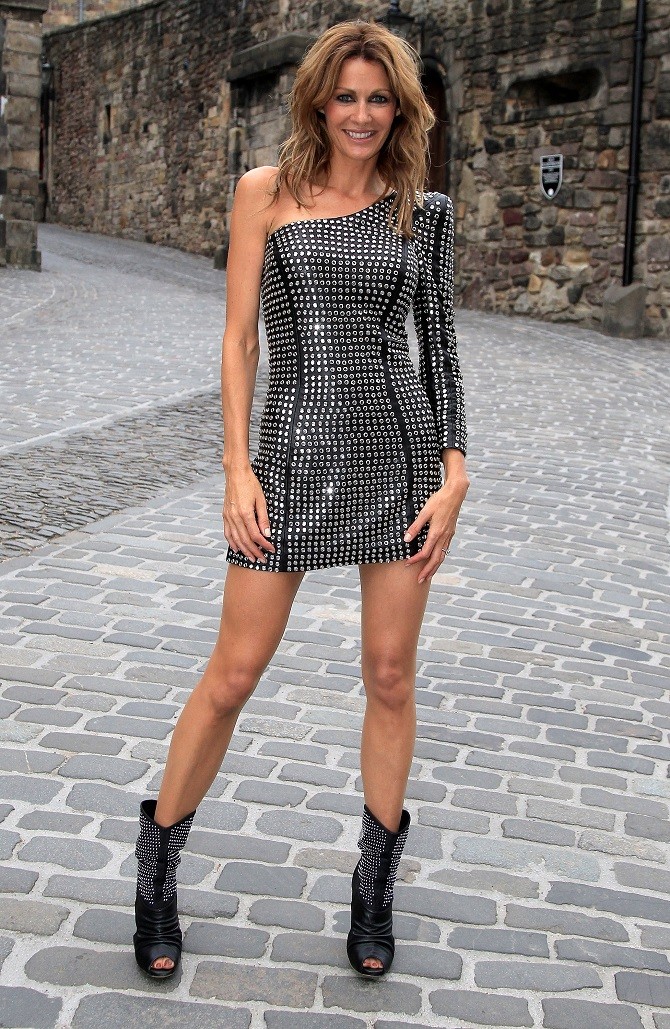 However, also in 2000, her song "Black Coffee" was recorded by the girl group All Saints and went on to be a number one hit in the UK and was on the international charts for 20 weeks.

She never quite got over how that felt.

In 2007, Bertarelli sold his family's pharmaceutical company Serano to Merck for nearly $14 billion.

By all accounts Kirsty has lived a charmed life and should want for nothing. After all, her husband is among the 100 richest men in the world. But Kirsty is living proof that money can't buy happiness or fulfillment because despite the handsome husband, the darling kids, the expensive houses, cars, planes, yacht, and designer wardrobe, Kirsty doesn't have the one thing she really wants. Kirsty Bertarelli is Billionaire Spice and really really wants to be a pop star. 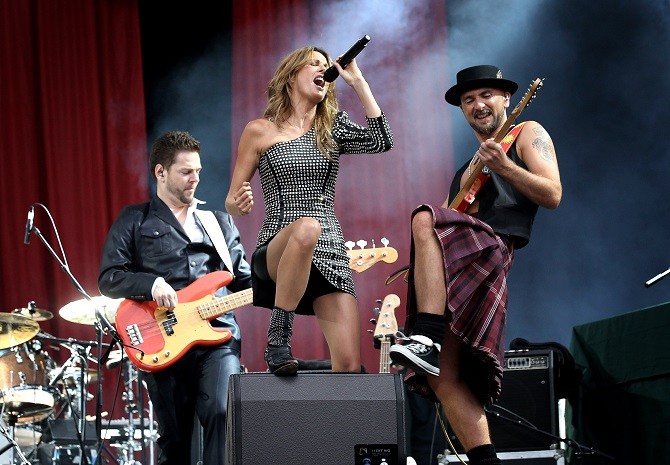 Now in her 40s, Kirsty is shaking her groove thing for all its worth in a bid to be the next Kylie Minogue.

She tours as Kirsty B promoting her music. Now, instead of spending time on her $156 million yacht, she's traveling the UK by van and performing in bars and other low-key music venues.

Kirsty has also taken her act to the Montreaux Jazz Festival in Switzerland, which is owned by a family friend.

This is not the folly of a spoiled, rich, middle-aged woman. When Kirsty is not recording or performing she works tirelessly for a number of charities. Most notably, Kirsty is an advocate for the Smiling Children Foundation and she plays an active role in the Bertarelli Foundation. Her husband's foundation is involved in a number of avenues such as building a research center for neuroprosthetics at a university in Lausanne.

Kirsty is also an involved and hands on mother to her children with Ernesto, 14-year-old Chiara, 11-year-old Falco, and 9-year-old Alceo.

Life on the road can be hard, but it is surely soothed by long days and longer nights aboard her 314 foot, six deck, $150 million yacht Vava II. Kirsty has admitted she writes a lot of her songs while on her yacht. The yacht doesn't have a recording studio.

That gives Britain's richest woman something else to aspire to—a yacht where she can record her music.

Kirsty Bertarelli may not have her pop stardom dream yet, but she does have a pretty undeniably fabulous life.