By Amy Lamare on February 11, 2020 in Articles › Entertainment

Kirk Douglas passed away on February 5, 2020. He was 103-years-old. His career in Hollywood spanned seven decades and spawned scores of hits. He came a long way from his childhood as the son of poor Russian immigrants who eventually had to talk himself into college because he couldn't afford tuition. He and his wife of 65 years, Anne Douglas, had big plans for their wealth and it didn't involve splurging on luxuries. Rather, Kirk and Anne have shown a deep commitment to philanthropy for decades. The couple has donated their wealth to a range of causes from building playgrounds to Children's Hospital Los Angeles to the Anne Douglas Center for women. Far and away their biggest passion was the Motion Picture and Television Fund.

Douglas has often spoken of his youth, commenting that his family sometimes didn't have enough to eat. Despite this, if someone less fortunate knocked on their door looking for food, Douglas' mom gave it to them. She impressed upon young Kirk "you must take care of other people." That stayed with him. 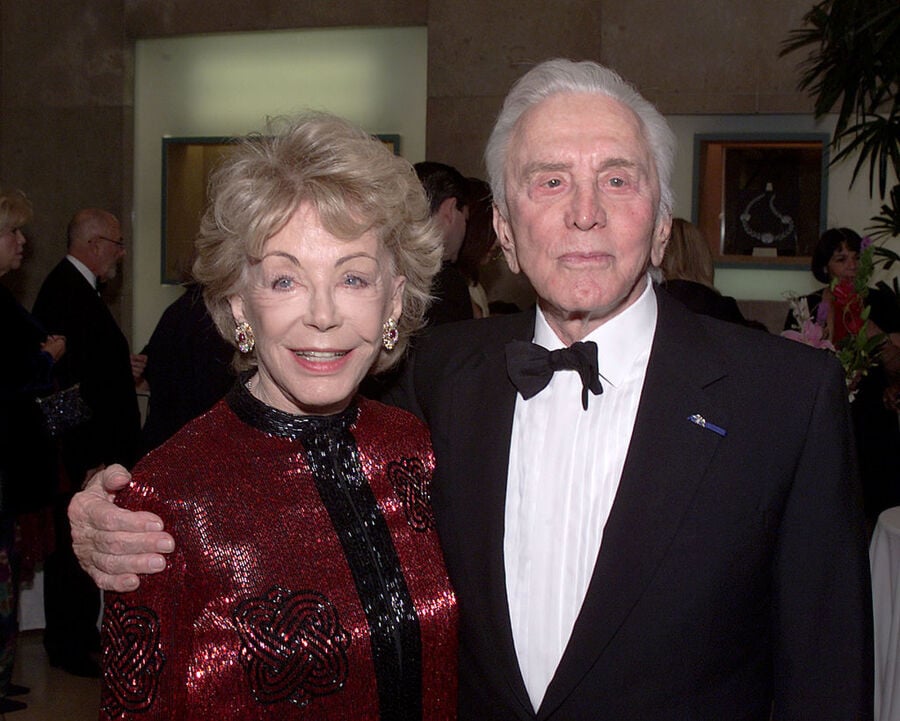 Back in Douglas' heyday, actors didn't make what they do today. They were part of the entrenched studio system with weekly stipends. However, Douglas was one step ahead. In 1955, he formed his own production company so that he could make his own movies outside of the studio system. While this is business as usual today, back in the mid-1950s it was a revolutionary concept. His wife Anne took care of the bookkeeping and managed the money through a trust over the next six decades.

With additional contributions and an extremely successful investment track record, that trust ballooned over the years.

During many of those years, Kirk wasn't particularly philanthropic. In 1991 he was seriously injured in a helicopter accident. This near death experience changed Kirk forever. First, he rediscovered his Jewish faith that he had largely abandoned since childhood. Next, he started donating to charities.

Remember that trust for his producing money? One day in 2012 Kirk wanted to know how it was doing. As recounted by Kirk to The Hollywood Reporter:

Kirk: How much money do we have in that?

And that's exactly what Kirk and Anne Douglas proceeded to do.

The soon established The Douglas Foundation which to date has given away more than $50 million to various charities institutions including his alma mater St. Lawrence University, where they fund a scholarship for minority and underprivileged students; Westwood's Sinai Temple, home of the Kirk and Anne Douglas Childhood Center, the Kirk Douglas Theatre in Culver City, Children's Hospital Los Angeles, where their money funded a robot that performs surgery on kids (which the hospital aptly named "Spartacus." Also included in their philanthropic pursuits are two of Anne's favorite initiatives: the construction of 408 playgrounds in the Los Angeles school district and the Anne Douglas Center for Women, a homeless shelter.

By far, the biggest donations Kirk and Anne have made are to the Motion Picture and Television Fund. The MPTF's mission is to support the "entertainment community in living and aging well, with dignity and purpose, and in helping each other in times of need." In the early 90s, the couple raised $2 million to build Harry's Haven (named after Kirk's dad), a specialized unit for people suffering from Alzheimer's and other forms of dementia. In 2012, the couple donated another $20 million to MPTF. Then, in 2014, they found out that Harry's Haven was overcrowded, so they gave another $15 million to expand it.

Douglas certainly took his mother's instruction to take care of other people to heart. And with his passing, one can only presume that a large portion of Kirk Douglas' $60 million net worth will soon be finding its ways to charity… Pretty amazing guy. I'm sure he didn't have much of a long wait at the pearly gates!