By Simon Gerard on August 20, 2011 in Articles › Entertainment

Besides being king of Jordan, Abdullah II is apparently a big Trekkie, $1.5 billion big. He even appeared as an extra on an episode of Star Trek: Voyager in 1996, while still a prince.

He leads as head investor through his King Abdullah Fund, along with Paramount Reaction and the Rubicon Group also contributing to the total. Architectural firm Callison is set to design and build this futuristic theme park, along with other themed attractions. The Star Trek theme park will be part of a 184-acre site called the Red Sea Astrarium in the beautiful coastal city of Aqaba, Jordan.

Here's the group's initial statement on the park: "(it will) wow visitors with a 23rd century multi-sensory experience that will incorporate highly advanced visual and sound effects to give the people coming in the park a real-time feel of things. The technology which will go into building the Red Sea Astrarium Park will be unlike any other and they will be truly state of the art."  This will include cutting-edge real-time immersive experiences, such as state of the art space-flight simulators. It will be a 'green' park and run on renewable energy, including a center to educate guests on the topic. No mention of a working holodeck or transporter, but with that kind of money to throw around you'd hope they'd spring for one. 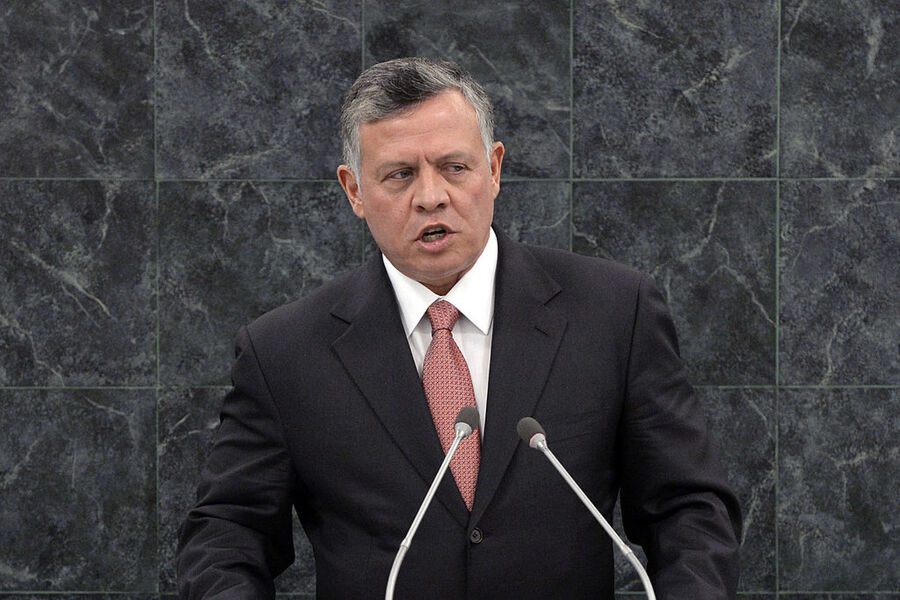 The Red Sea Astrarium will also include several other parks that will be historically themed. A Babylonian, British, Roman and Jordan's Nabatean have all been cited as influences. All the parks will include theatrical productions, night-time entertainment, restaurants and shops.  Four hotels will be built to house the guests. No word yet, but I'm hoping the hotel staff will be forced to dress as Star Trek characters, along with Star Trek themed food at the restaurants. And a alien strip club, but that's just me.

King Abdullah also has other interests you wouldn't expect from a king, such as sky diving, rally racing and scuba diving. Besides Star Trek, he is also a big fan of cinema. In 2006, he partnered with the University of Southern California's School of Cinematic Arts to create the Red Sea Institute of Cinematic Arts, also in the coastal town of Aqaba. This became the first and only Master of Fine Arts program in Cinematic Arts in the Middle East and North Africa. Open to students in 2008, the campus is completely state of the art, with digital screening rooms, animation and interactive media laboratories, sound stages, postproduction, and an extensive print and digital library.

King Abdullah also has other interests you wouldn't expect from a king, such as sky diving, rally racing and scuba diving. Another big fan-boy moment of his was when he heard that Michael Bay was filming part of Transformers: Revenge of the Fallen in Jordan, he lent him 38 military helicopters to help transport equipment into Petra.  His royal family has kept very quiet about their net worth, which is unknown, with most royal families around the world having disclosed their wealth.  Judging from his recent projects, he's got enough to commission his own Starship Enterprise.