King Of Donations! How Much Money Did Michael Jackson Donate To Charities?

By Venus Lockett on June 24, 2015 in Articles › Entertainment

A controversial figure until his literally last breath, there are few pop stars who have come along and left a legacy as impressive as Michael Jackson's. Whether you were a critic of the artist or remain an avid fan to this very day, one thing is certainly undeniable, this dude made some major bank! Perhaps even more admirable, is the massive amounts he was said to have given away to those less fortunate (which for him, was virtually everyone!). Highly generous to organizations such as the United Negro College Fund, the AIDS Project in Los Angeles, Big Brothers and Big Sisters, the Make a Wish Foundation, as well as various anti-famine charities in Africa, just to name a few. Indeed, although the artist undoubtedly acquired his share of cynics, the King's name remains on royalty levels among millions across the globe. So, how much did he actually donate to charity? Well, that's a bit of a loaded question…

Despite being a notorious philanthropist, even posthumously, the singer had a long history of donating to charitable causes that began in childhood. For instance, in 1970 he and his brothers (The Jackson 5) performed at a benefit concert to help raise $100,000 to aid in covering mounting health costs for boxer Joe Lewis, M.J. was a mere 12 years old. Approximately two years later, the celebrity began what would be a lifelong commitment to helping to raise the spirits of sickly children. He, alongside the rest of the Jackson 5, began visiting children's hospitals to sing and sign autographs for the young patients. What's more, in the same year, the group performed for "Save the Children", an initiative conducted by "Operation PUSH" in order to help raise funds for underprivileged children in Chicago. Furthermore, he also committed an array of random acts of kindness, most notoriously, he made a visit to 6-year-old Leslie Robinette, the youngest patient to receive a bone marrow transplant and inspired the child so much so that she attributed much of her subsequent recovery to the pop star.

In 1981, the Jackson 5 raised $100,000 for this organization by throwing a benefit concert. More impressively, the boys organized the concert themselves, simply because they cared about the cause. What's more, they also allowed a large number of patients to visit their mansion via organizations such as the Make-A-Wish foundation. 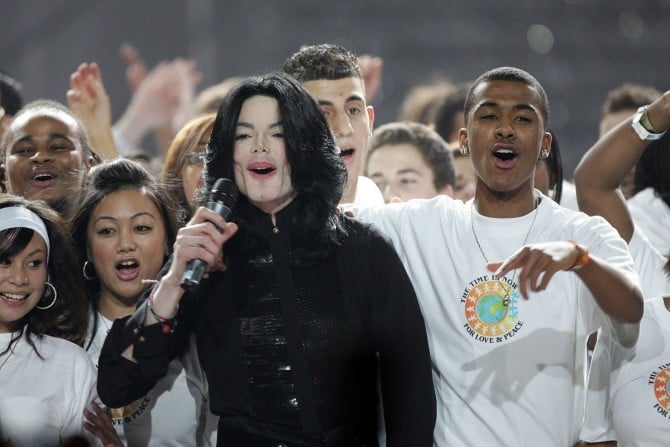 After the notorious mishap – in which the artist was burned on the back of his head while filming a commercial with the soft drink company Pepsi – the singer opted to donate his entire salary from the endorsement, to the tune of $1.5 million. What's more, he also donated his share of the monies received from "The Victory Tour," which was reportedly $8 million.

"We Are The World"

In 1985, the singer co-wrote the epic ballad with Lionel Richie which grossed a total of $60 million for African nations plagued with famine. What's more, "We Are the World," the video event, was said to make an additional $8 million.

With an ultimate goal of promoting higher education among African-American youths, this scholarship fund donated scholarships to 97 students and helped to enroll students in most of the 42 UNCF institutions. Furthermore, the artist donated an additional $600,000 to the UNCF president in 1988.

Upon selling his childhood mansion in Encino, California, in favor of a larger property, Jackson used the home to host an artwork auction, raising $2 million for the "South African Church Council" which provided housing, clothing, and medical supplies to needy families.

3. In 1992, Mr. Jackson donated approximately $230,000 to help the "British Children's Charity." In the same year, the "Heal the World Foundation" teamed up with "AmeriCares" in order to fly $2.1 million worth of aid for distribution by the United Nations.

4. In 1993, the artist teamed up with Sega to distribute over $108,000 worth of computer games and equipment to children's hospitals.

6. In 1995, he quietly donated $100,000 to the historic gathering intended to promote positivity and unity within the African-American Community, known as the "Million Man March."

7. In 1996, the artist donated $1 million to help needy children in Romania. He also donated $100,000 to help visually impaired children in Bangkok.

8. In 1997, the artist waved 85% of his total $6 million is sales for a concert and also donates an additional $1.1 million to help needy children in Bombay, India. The pop icon also visited Poland in the same year and spent a reported $670,000 on toys for needy children. Later in the year, he also donated $1.5 million to a Jehova's Witness organization in Russia. 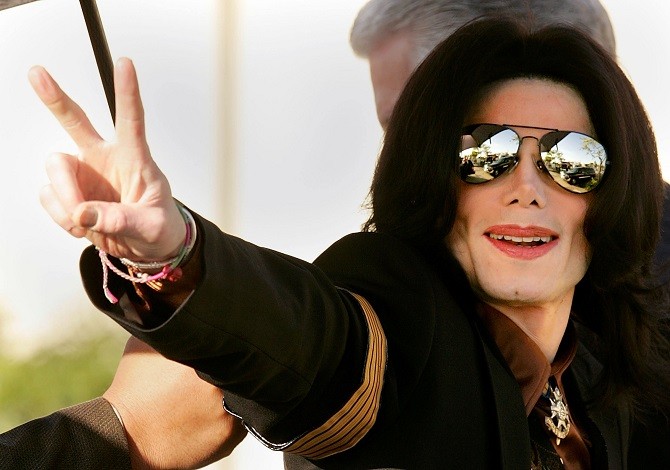 In more recent history, the artist held a benefit concert, that he organized himself, to help benefit the victims of 9/11. Performing alongside various big-name artists, the artist managed to raise an impressive $15 million to help relieve the suffering caused by this terrorist attack.

Last Will and Testament

An unrelenting philanthropist, even posthumously, the artist even left donations for others in his will. In fact, the artist explicitly left 40% of his assets to be split evenly between his three children. Another 20% was left to various children's charities and the other 40% was left to support his mother Katherine.

Despite being such a transparent activist for a number of causes, Michael was also said to quietly donate to an array of causes devoid of the need for credit and accolades for these deeds. Furthermore, Michael also donated large amounts of time and resources to help with the charity efforts of others. Nevertheless, the contents within this article alone amount to well over $100 million in money, time, and resources that Jackson freely gave to others in an attempt to help heal the ails of the world.

Regardless of the fuss and hoopla surrounding this highly eccentric figure, his efforts towards making the world a better place should never be discounted. Despite his rumored shortcomings, his legacy of helping others will last for many years to come. Long live the King!