By Paula Wilson on June 4, 2014 in Articles › Entertainment

You would figure that popular media outlets would be tired of talking about Kanye West and Kim Kardashian, or Kimye, as they are known now.  Between the news that they were dating in the first place, followed by the announcement of their pregnancy, and their child's birth, it's seemed like Kimye and their growing family have been the focus of the media scrutiny machine for YEARS.  The announcement of their wedding threw everyone into a tizzy, as various media outlets breathlessly discussed what Kim Kardashian was going to wear and who Kanye West was going to invite… or not invite.  The hoopla surrounding the lavish wedding was almost as over-the-top as the wedding itself.  And let's face it, when the princess of reality television marries the prince of controversial behavior/rap music, over-the-top ridiculous is the only thing their wedding can be.  Here's how the Kimye nuptials broke down by the numbers. 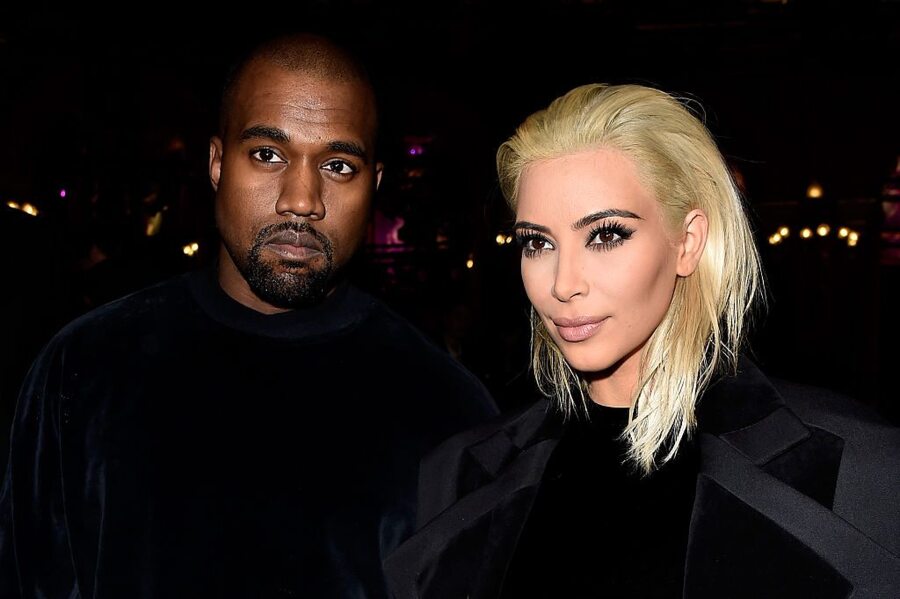 Entertaining their circle of friends pre-wedding.

No wedding is complete without bachelorette and bachelor parties.  When you're Kanye and Kim, however, the term "party" is loosely translated to mean a private dinner at Hotel Costes, a top rated restaurant in Paris. Dinner there costs around $190 per plate, so based on the number of people invited, that dinner ran up a nice price tag of $4,100 or so.

Accommodations in Paris for guests.

The 20 or so guests who were invited for the pre-wedding "party", had to have someplace to stay for a few nights, of course.  So, the hotel of choice was Hotel George V, a five-star hotel where the rooms run $750 per night.

Transportation between France and Italy.

The wedding party gathered in Paris pre-wedding, but the actual event took place in Florence.  This required moving everyone from one airport to another in a pair of private jets.  Additionally, everyone who flew in to Florence, was picked up by private cars or limousines.  In order to accommodate the number of people arriving, nearly 50 cars were hired.  Numbers are still a little spotty on the cost of the private jets, but the cars cost $70,000 alone.

Guests stayed for multiple nights at two of Florence's most high-end hotels, the St. Regis and the Four Seasons.  Over 200 of their closest buddies were on hand to see the pair getting married, each one racking up an $885 per night hotel tab.

Sometimes, when you're getting married, you just need a break from all of the hoopla.  Kanye and Kim felt that the best way to get away from it all, was to rent a the luxurious Villa San Michele for their families.  Each room costs $1800 per night, at the famed villa, so keeping it all in the family proved costly.

The rehearsal dinner and travel to Versailles.

There's a bit of a question mark about the rehearsal dinner.  All 600 of the guests were transported to Versailles in a 90 car cavalcade.  They were greeted by festooned horses and riders and then treated to a gourmet dinner.  Lana Del Rey gave a private performance and the evening ended with an extended fireworks show. Then all of the guests were given a private tour of Versailles.  The whole outing cost so much money that no one is really talking about how much it cost. $400,000 is probably a conservative estimate.

Getting glam for the wedding.

All guests were treated to professional level makeup and hair on the day of the wedding, since there were certain to be hundreds of photographers swarming the event.  The cost of the pro makeovers was approximately $380 per person.  With roughly half the wedding party taking advantage of the opportunity to look their best, hair and makeup fees were quite high.

The wedding was lavish in a variety of ways, but it was the rare flowers that were most costly.  The sacred, and very, very rare flower, tuberose, was used almost everywhere.  Massive floral arrangements covered just about every surface, in fact, and ran up a massive bill.

Clothes for the wedding party.

Kim Kardashian's dress was $500,000.  Designed by Riccardo Tisci for Givenchy Haute Couture, a second mini version was designed for their baby, North.

The soon-to-be-Mr. and Mrs. West wanted to get married in a one-of-a-kind venue, so they booked the Forte de Belvedere.  The wedding was held at the top of the fort overlooking Florence.  Renting the fort cost $409,000, but special lighting, security, and additional construction easily added another couple hundred thousand to the bill.

One of the things that guests raved about was the fantastic food provided by chefs Annie Feolde, Giorgio Pinchiorri, and Galateo Caterers.  Numbers regarding how much dinner cost are spotty, but it was reportedly $100 per plate.  There was also a massive wedding cake that cost close to $10,000 on its own.

All told, the grand total for the most heavily covered wedding since Prince William and Kate, was a staggering $2.3 million… at minimum.  Word on the street is that the entire event cost closer to $3 million.  Here's hoping their marriage actually lasts, because that's an awful lot of money to spend on the beginning of a union that, statistically, only has a 50% chance of lasting.