By Amy Lamare on October 31, 2020 in Articles › Entertainment

Kimberly Guilfoyle is moving on from the Manhattan apartment she bought in 2015. The three-bedroom, 2,400-square-foot unit has views of Central Park. The former Fox News anchor picked it up five years ago for $3.4 million and did a massive renovation. If she gets the nearly $5 million she's asking for the apartment, she will make a $1.6 million profit. The apartment has also been a part-time home to Donald Trump Jr. since Guilfoyle started dating him. Located in the iconic Beresford building, the apartment features 10-foot ceilings, a private elevator, and three bathrooms.

The apartment's kitchen is fully updated with a Sub Zero refrigerator, a Wolf stove, Miele dishwasher, and washer and dryer. The master bathroom features Calacatta Gold marble, a walk-in shower, and a claw-foot bathtub. 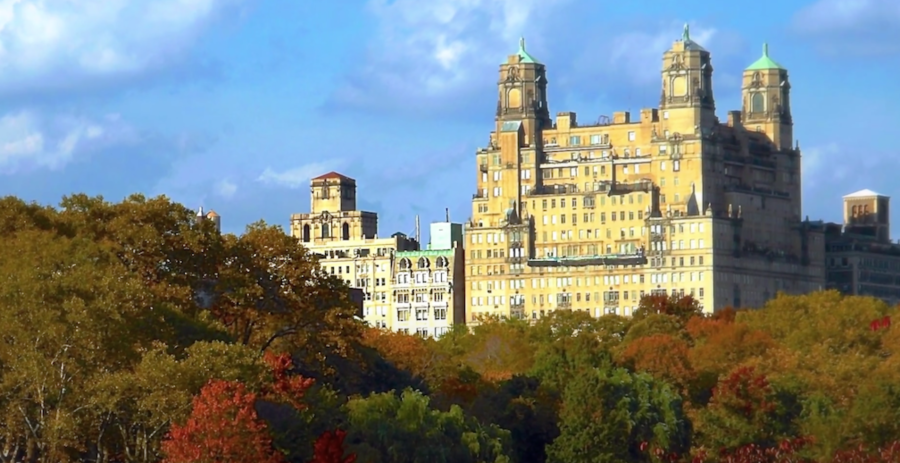 After Guilfoyle purchased the apartment in 2015, she hired architect Campion Platt to redo the formerly stuffy, antique-filled space into a sleek, modern space perfect for entertaining. Guilfoyle had the space decorated in shades of pale, icy blue and silver.

Guilfoyle's neighbors at the Beresford include Jerry Seinfeld, Diane Sawyer, and photographer Patrick McMullen. Don Jr. spends time at the Beresford when he's in New York City. He and Guilfoyle have been dating since April 2018. In mid-2019, Guilfoyle and Don Jr. jointly purchased a $4 million home in the Hamptons.

Guilfoyle was forced out of Fox News in 2018. Recently, reports surfaced that she was fired over a sexual harassment claim from her former assistant. Reportedly, Fox News paid Guilfoyle's female assistant a $4 million settlement. She currently is part of President Donald Trump's campaign staff.