By Amy Lamare on July 7, 2020 in Articles › Entertainment

Don't look now, but it appears Kim Kardashian West is knocking on the door of the billionaire's club and will likely be admitted to that exclusive club (which her husband already belongs to) in the not too distant future. One person who still isn't a billionaire is Kardashian's younger sister Kylie Jenner. I mean, we hate to beat a dead horse, but we have been saying all along the math with Kylie didn't add up. Here's the thing though, Kim's math does add up. The 39-year-old is within striking distance of the three comma club.

In case you didn't hear the news, Kim sold a 20% stake in her cosmetics company, KKW, to Coty for $200 million. Yes, the same Coty that bought a majority stake in her sister's cosmetics company Kylie Cosmetics. The deal values KKW at $1 billion. Don't forget, Kim is a veritable mogul she also owns her own mobile game "Kim Kardashian: Hollywood" and her shapewear brand Skims. Kim Kardashian West is now worth $900 million. 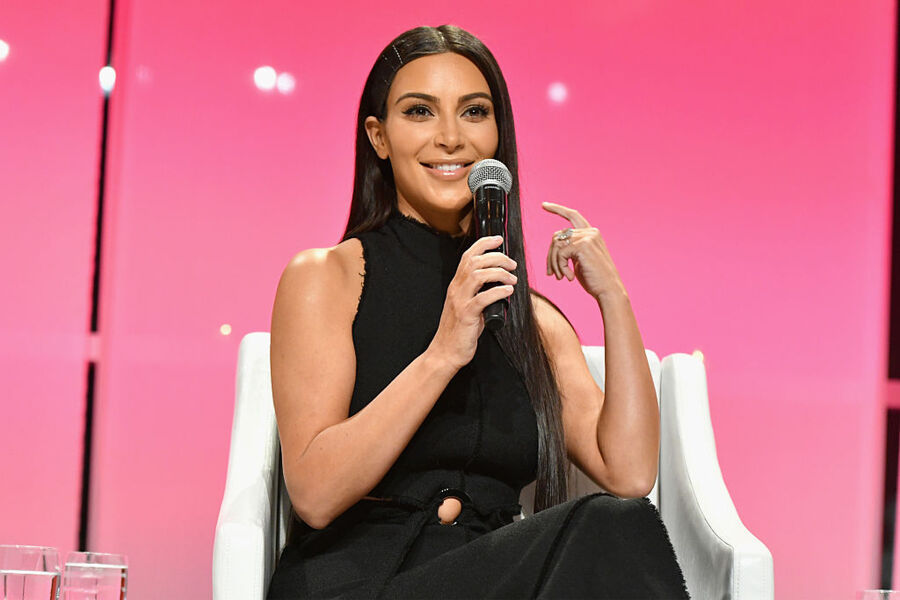 Kylie, as you may remember, had her billionaire status withdrawn after it was revealed that she may have falsified tax returns in order to seek the valuation of her company to get the Coty deal her cosmetics company was awarded. Like we've been saying all along, Kylie Cosmetic's self-reported sales just don't add up. Yes, her lip kit was wildly popular when it debuted. That fervor for her lip kit has died off substantially, and did so before the pandemic made face masks the must-have accessory and lipstick and lip gloss pretty much pointless.

Coty is all in on the Kardashian-Jenner family and their businesses. Besides KKW and Kylie Cosmetics, Coty also owns MaxFactor and CoverGirl as well as a myriad of other brands. By getting into the Kardashian-Jenner business, Coty hopes to boost its sagging sales. Coty's deal with Kim calls for her to develop new products including skincare, haircare, and nail brands. Currently, KKW sells mostly highlighters.

Coty's interest in the Kardashian-Jenner brands is all about leveraging Kim and Kylie's social media presence. The venerable company is looking to breathe some life into the struggling company. It was revealed earlier this summer that a key Coty executive in Kylie and Kim's deals is friends with Kris Jenner and had unprecedented access to the family. Kris Jenner owns an 8% stake in KKW. The deal is expected to close in the third quarter of 2020. Shares of Coty were up 10% on the news of the KKW investment.