Did Kim Kardashian Really Make $80 Million From Her App? NO. Here's Why…

By Amy Lamare on March 9, 2016 in Articles › Entertainment

Earlier this week, Kim Kardashian released a nude photo of herself on Instagram. Again. The photo, taken when Kim was a bottled blonde, featured strategically placed censor bars, and left very, very, very, little to the imagination. As of this writing, the photo has been "liked" 1.5 million times and has received more than 285,000 comments. And that's just on Instagram. Off the internet, the photo caused an equally ferocious stir, to the point where late on Monday night, Kim jumped onto Twitter to defend herself and lash out at the celebrities who criticized her latest nekkid selfie.

Kardashian jokingly blamed her delayed response to the hate on a banking errand. More specifically, she said she couldn't respond sooner because she was out cashing an $80 million check – the proceeds from her popular iPhone and iPad game – and transferring $53 million of that into the joint account she shares with her husband, Kanye West. Kim K was, of course, referring to West's recent tweet where he claimed to be $53 million in debt. 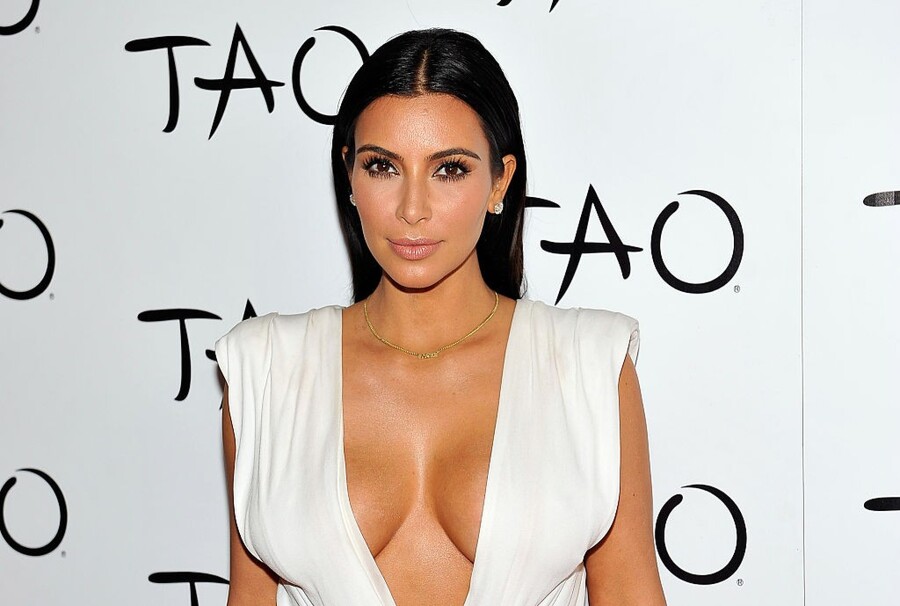 Kim Kardashian: Hollywood was released by mobile development company Glu Mobile in June 2014. It was the company's most profitable release of 2015. The iPhone and iPad game allows players to create their own celebrity. In-app purchases generate more money for the app. Kim Kardashian: Hollywood has been downloaded more than 40 million times and made $71.8 million in revenue in 2015. It should be noted that that ridiculous sum is down from the $74.3 million the game made in just six months of 2014.

Perhaps Kim was referring to her total paycheck from all of her income sources when she referenced the $80 million check? Last year, Kardashian made $52.5 million, making her the 33rd highest paid entertainer (and fifth highest paid female entertainer). Roughly half of those earnings were generated by her game. The rest comes from her TV shows Keeping Up With The Kardashians and Khloe & Kourtney Take The Hamptons, clothing line, endorsements, and appearances. During the same time period, for comparison, Kanye West made $22 million.

As for her Kim Kardashian: Hollywood earnings, it is likely that Kim nets somewhere between 30-45% of total revenues. If so, it is more likely that Kim deposited a $20 million check, not an $80 million check.  Even if the revenue from the June 2014 release of the game through the end of 2015 were added up, it comes nowhere near $80 million. While the $42 million Kim earned from the game during those 18 months is nothing to sneeze at, it is a far cry from $80 million.

Glu does not disclose how much the company pays for celebrity endorsements. Glu recently released games featuring Kim's younger sisters Kendall and Kylie Jenner and inked a multi-year deal with Taylor Swift. The "Shake It Off" singer's first game is due to be released late in 2016. How long will it be before Swift has the best selling game and Kendall and Kylie Jenner eclipse their big sister's earnings?