By Brian Warner on November 27, 2016 in Articles › Entertainment

At one point in 2014, North Korean dictator Kim Jong-Un was not been seen in public for over a month due to what has been described as an "indisposed condition". The full explanation for his sudden and mysterious absence was equally hilarious and insane… even by North Korean standards. The generally accepted explanation was that at some point Kim fractured both ankles while walking in his high-heel lifted shoes. Kim's ankles reportedly collapsed under his own weight which has ballooned more than 60 pounds in a few months, up to 280 pounds, due to dangerous over-consumption of chocolate and cheese. I'm not kidding. As hilarious as this all sounds, please keep in mind that Kim Jong-Un is still the head of an extremely evil dictatorship that has an absolutely abhorrent human rights record. Furthermore, while Kim is gorging on chocolates, cheese and who knows what else, the vast majority of his own people are literally starving to death. Oh, and did we mention that the 31 year old dictator is a multi-billionaire? How is all this possible? Time to shed some light on the dirty little secret that keeps Kim Jong-Un fat and extremely rich, while the rest of his country starves. 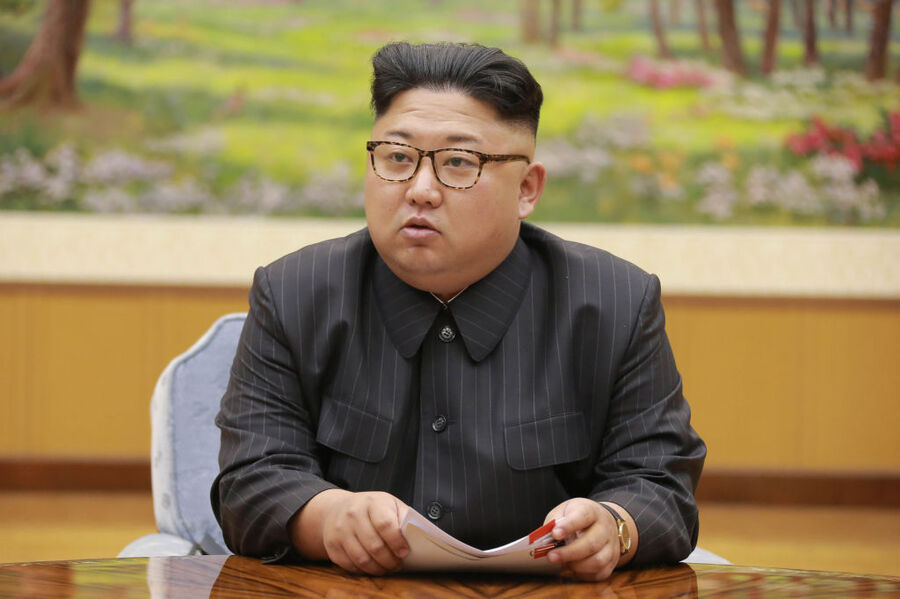 How Did All These Crazy Little Kim's Come To Power In the First Place?

A very brief history of Korea: Prior to the 1900s, the area known as Korea today (North and South) spent many centuries dominated by Chinese rulers. In 1904, a war erupted between Russia and Japan over the areas of Manchuria and Korea. Russia wanted to acquire a Naval base in the warmer waters of the Pacific Ocean that could be operated year-round, unlike their primary base at the time which was only operational during the summer due to cold weather the rest of the year.

Japan surprised the world by not only resisting Russia's ambitions, but essentially destroying them in a war that lasted 1 year and 6 months. A combined 150,000 Russian and Japanese soldiers died during the war. Another 150,000 were wounded. The peace treaty that ended the war was mediated by US President Teddy Roosevelt on an American Naval island off the coast of Maine on September 5, 1905. In the peace treaty, Russia agreed to recognize Korea as part of the Japanese world-sphere. Korea was officially annexed by Japan five years later in 1910.

After the annexation took place, Japan immediately began suppressing Korean traditions and culture. The Japanese also set about to plunder Korea's natural resources as their own economic piggy bank. Violent student uprisings starting in 1929 led to military rule beginning in 1931. In 1937, both World War II began and the Sino-Japanese War broke out. At this point, Japanese rule in Korea became even more violent and strict. Koreans were forced to adopt Japanese names and worship at Japanese temples. The Korean language was eliminated from schools. And as horrendously unbelievable as this sounds, over 200,000 Korean girls and women were forced into sexual slavery to service Japanese soldiers and factory workers. They were called "comfort women".

As bombs were being dropped in Hiroshima and Nagasaki, the Soviet army was fighting their way into Pyongyang. When the Japanese finally surrendered on August 15, 1945, they were forced to adopt a pacifist constitution that prohibits them from owning things like aircraft carriers even to this day. They were also forced to give up colonial territories like Korea and Manchuria.

On December 17, 1945, the Soviet army put an anti-Japanese guerrilla war leader named Kim Il-Sung in charge of the Korean Communist Party. A few months later, Kim II-Sung was officially place in charge of the entire country. Kim Il-Sung then proceeded to embark on a decades long strategy of nationalizing North Korean industry and land. He would eventually become North Korea's autocratic, all-powerful, child of God and Supreme Leader. His eldest son Kim Jong-Il took power upon the father's death in 1994. Kim Jong-Il ruled until his own death in 2011, at which point he was succeeded by his youngest son, the current Supreme Leader Kim Jong-Un.

"Office 39" – Where The Money Comes From

According to more than a dozen North Korean defectors with first hand experience, the ruling family have set aside a multi-billion dollar fortune thanks to an innocuous-sounding shadowy operation known as "Office 39". Also referred to as "Room 39", this secretive government network was established in the late 1970s by Kim Jong-Il. The entire purpose of Office 39 is to generate and maintain a large foreign currency slush fund for the Supreme Leader of North Korea.

US officials have long accused Office 39 of being nothing more than a money laundering operation that generates revenue from the sale of illegal arms, drugs (most notably crystal meth and opiates) and counterfeit currency (mainly fake $100 US dollar bills). Office 39 has also been accused in widespread international insurance fraud and even reportedly owns a chain of restaurants called "Pyongyang" with more than a dozen locations in places like Indonesia, Vietnam, Kuala Lumpur, Beijing and Shanghai. The organization controls many of its "legal" businesses through a holding company called the Daesong Group. The Daesong Group sells an estimated 10 tons of gold that is lifted from the North Korean rivers and mines each year. The gold is then flown to Vienna or China by private jet and sold off brick by brick.

A 2007 report by the United Nations estimated that Office 39 generates $500 million to $1 billion a year from its various criminal enterprises. A 2010 report by the US Treasury Department estimated that Office 39 generates several billion illicit dollars every year. In March 2013, a joint South Korean and American investigation found as much as $5 billion worth of assets and bank accounts controlled by Kim Jong-Un and his family. These assets were found in more than 200 foreign bank accounts located throughout the world in countries including Austria, Lichtenstein, Russia, Singapore, China, Switzerland and Luxembourg. Many of these accounts are located in China and reportedly contain hundreds of millions of dollars in cold hard cash.

Aside From Cheese and Chocolate, Where Does The Money Go?

Starting around 2010, for the first time in history, higher quality satellites began shedding light on the Hermit Kingdom. Long-believed rumors that Kim Jong-Il owned dozens of luxury homes throughout North Korea started to be proven true. A project led by a group called "North Korea Economy Watch" slowly began cataloging all the various mansions they could find through Google Earth. The Kim family real estate portfolio reportedly owns more than a dozen properties, including a high-rise luxury beach resort, a ski chalet, lake front mansions with yachts, a golf resort, a mountain palace, and even a summer home with a water-slide pool. It's probably safe to assume that all of these residences have a very large storage area set aside for vast quantities of chocolate and cheese. It's also probably safe to assume that none of these residences contain fitness centers.