By Brian Warner on April 25, 2020 in Articles › Entertainment

They may act all nice and friendly in person at awards shows and fashion events, but something tells me there's a very heated rivalry going on at all times between Kim/Kanye and Jay-Z/Beyonce. Who's got the hottest album? Who's got the most valuable product line? Who is the biggest celebrity in the world? Who has the biggest TV/Netflix contract? Who sold out more shows? Who has the best house? Who has more houses?

But the most important question in their rivalry, has to be….

Which couple is RICHER?

For a long time the answer to that last question has definitively been Jay-Z and Beyonce.

Jay-Z became the first billionaire rapper in history in June 2019. At that point Beyonce was worth $400 million, so their combined net worth was $1.4 billion. Today we peg Jay-Z and Beyonce's net worth at $1.5 billion.

If you were to go back a year ago, Kim and Kanye were worth around $600 million together, roughly $300 million from him, $350 million from her. Over the last few months we received (and have been vetting) information that showed our valuation of Kanye's Yeezy business was way way way off. We had been estimating the value of Yeezy at $500 million.

Newly revealed financial documents clearly show the Yeezy business is worth AT LEAST $2 billion, maybe even closer to $3+ billion.

Kanye's other assets are worth around $300 million ($120 million – real estate, $80 million music production/royalties, $120 million – Yeezy.com and other). He has around $100 million in liabilities, mostly in the form of mortgages related to a property portfolio that includes several homes in Los Angeles and over 10,000 acres of land and commercial space in Wyoming.

When you subtract the $100 million in liabilities from his $3.3 billion in assets, you arrive on a net worth of $3.2 billion for Kanye.

We still peg Kim Kardashian's net worth to be $350 million.

Kim and Kanye's combined net worth is $3.55 billion.

I know this isn't going to please Jay and Bey fans, but the Kardashian-Wests are now worth more than double the The Knowles-Carters.

In fact, if J+B DOUBLED their net worth, they'd still be $550 million away from K+K. 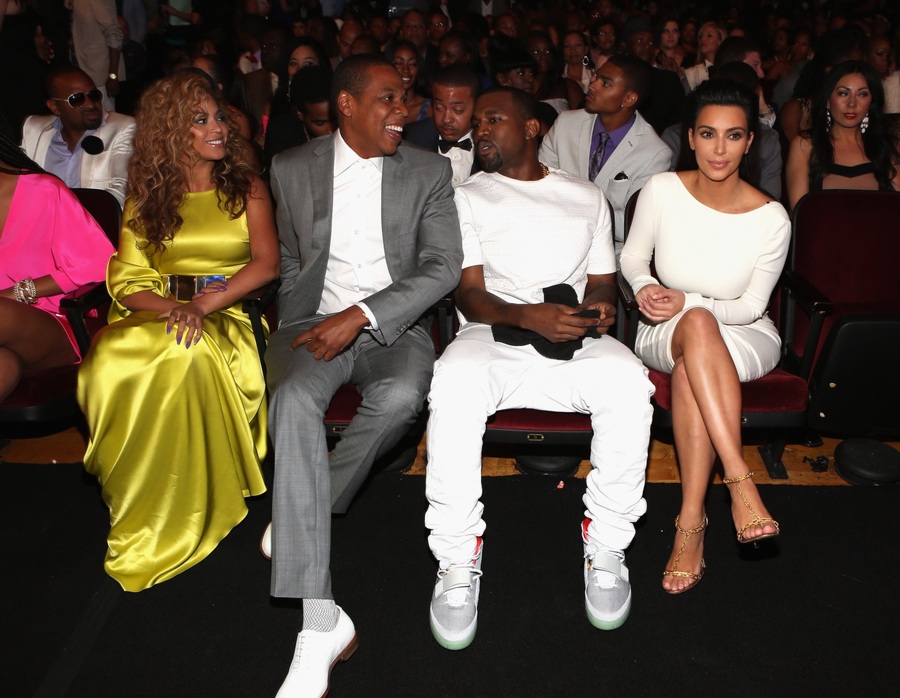 Another fun fact that must make Kanye happy this weekend: He is now by FAR the richest member of the extended Kardashian family.

I have a feeling that Kanye hasn't enjoyed taking an entrepreneurial backseat to Kylie Jenner for the last year or two as the world crowned her a "self-made" billionaire.