By Paula Wilson on December 19, 2013 in Articles › Entertainment

Michael Dell always had a head for business and an extreme interest in computers, but his family insisted he attend college and become a doctor. His parents came from a world where people without college degrees could never make a decent living. Michael was therefore encouraged to pursue a career in the medical profession by his father, who was an orthodontist.  However, no matter how hard Michael tried to focus on his medical studies, he kept coming back to his original passion: computers.  Eventually computers took over his life, and the medical career fell by the wayside in a big way.  And while his family may have initially been extremely disappointed in Michael's shift in career and life paths, the fact that he eventually earned a net worth of $15.4 billion personal fortune and became one of the richest people in the world, has probably eased the tension slightly.  Here's the story of how a kid with a calculator from Texas found his calling and launched a computer empire out of his college dorm room… 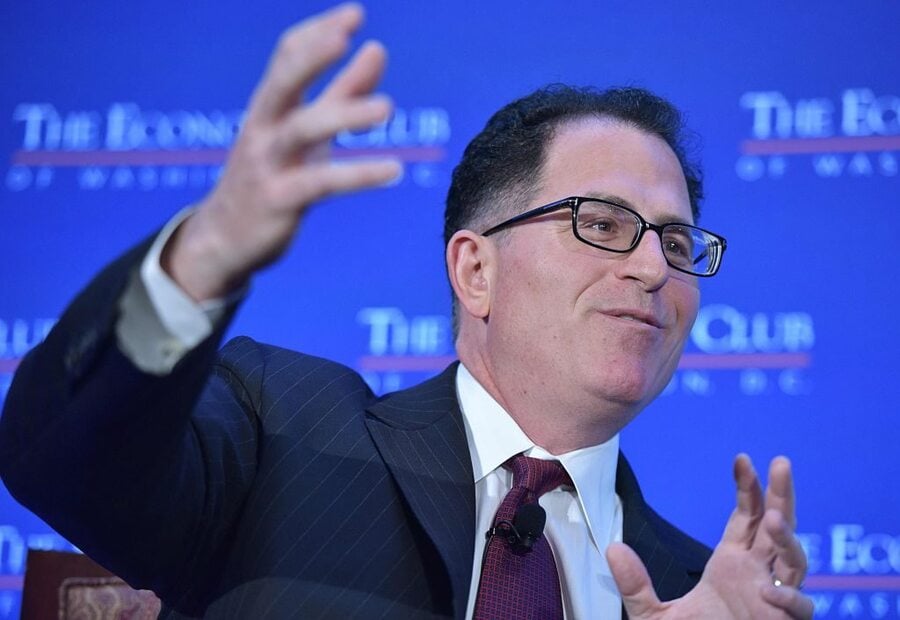 Michael Dell was born on February 23, 1965 in Houston, Texas.  His father was an orthodontist and his mother was a stockbroker.  While it was assumed that he would follow in his father's medical footsteps, Michael seemed to take after his mother, showing more interest and an innate ability in the world of finance.  He knew that he wanted to be a successful businessman while he was still in elementary school, and was using a calculator with ease by age seven.  He even applied to take the high school equivalency exam when he was eight, in an effort to get the ball rolling early.  Michael worked various part-time jobs when he was in his teens, and soon began investing his savings in stocks and precious metals before he reached high school.  It became clear to everyone that he had a head for business, when he began selling subscriptions to the Houston Post while in high school.  He quickly noticed that the people who purchased subscriptions were usually people who were in the process of "settling down".  So, he only called those potential customers who were buying property or who had recently married.   He earned more that summer than his high school teachers did all year.

Always interested in things electronic, Michael mastered the teletype terminal by middle school.  In 1980 he bought first computer, an Apple II. He was just 15 years old.  However, instead of using the Apple II, Michael immediately took it apart to get a better understanding of how it worked.  So began his long relationship with computers.

Despite this growing passion for computers and technology, Michael enrolled at the University of Texas at Austin, and dutifully began his pre-med studies. However, like most college kids, even Michael Dell needed money for beer and pizza. Instead of getting a job at the library or at a fast food joint, Michael started a homegrown computer kit business. From his dorm room. He worked out of room 2713 of the Dobie Center residential building on the UT campus.  When he saw how successful his kits were, he became a legal business entity, applied for an official vendor license and began bidding on state jobs.

Without the overhead of a business location or employees (since he was working out of his dorm), Michael was able to secure lucrative contracts.  During his sophomore year of college, he decided to take a leap of business faith, and launched his own company called PCs Limited.  He advertised the company as a way to buy computers directly, instead of going through a retail chain.  Over the course of the next year, he sold almost $80,000 worth of upgraded PCs and related parts. When you consider the fact the average American household income in the mid-80s was roughly $23,000, you can begin to understand why Michael decided a medical degree and college in general might not be the best path. After dropping out of college, Michael moved quickly to expand his business. He also incorporated officially as the Dell Computer Corporation.  Michael launched the entire operation in North Austin, hired a handful of staff, including three other people to help him build the computers, and they were on their way.  Their entire start-up costs totaled a ridiculously reasonable $1000.

What you have to realize, is that in 1984 the only way most people could buy a computer was at a retail store. Computers were already very expensive at the time and then retailers added an additional huge markup to the final price. The major advantage the Dell Computers offered was that their products skipped retail stores altogether. The cost savings to the consumer was massive and Dell Computers was an instant success. The company sold its first shares the public in a 1988 IPO. Within eight years, the company had a market cap north of $1 billion.

By the early 90s, Dell Computer Corporation has become a tech force to be reckoned with.  At age 27, Michael Dell was the youngest CEO ever to make the Fortune 500 list.  When the company began selling computers online in 1996, profits sky rocketed. Soon Dell was earning $1 million per day from their online sales alone.  By 2001, Dell had become the largest manufacturer of PCs in the world.  A businessman through and through, he founded his own investment firm, MSD Capital, to manage his investments. Today MSD Capital manages more than $11 billion worth of assets. Michael stepped down as CEO of his company in 2004 but still owns around 15% of the company today. Michael and his family live in a sprawling mansion just outside of Austin. Nicknamed "The Castle" the house sits on a 33,000 square foot hilltop. It was built from scratch in 1997 is the most expensive house ever built in Texas.

Michael and his wife are very passionate about philanthropy. Their charity, the Michael and Susan Dell Foundation, is dedicated to funding urban education, childhood health, and family economic stability initiatives. To date, they have given away almost $2 billion to various charities around the world. He has been both praised for his business savvy, with multiple honors from such magazines as Worth, Financial World, and Chief Executive, among others.

For Michael Dell, dropping out of college and shunning a career as a doctor proved to be an incredibly lucrative decision. By pursuing his natural passion for taking things apart and applying an innate understanding of how to make money and build a business, Michael built an empire out of a college dorm room.  While it is always wise to listen to your parents – sometimes it is even wiser to ignore them and instead follow your heart and passion. You might just make $15 billion!