Khabib Nurmagomedov Says He Has No Interest In A Rematch With Conor McGregor, Not Even For $100 Million

By Amy Lamare on February 9, 2020 in Articles › Entertainment

Conor McGregor knocked out Donald Cerrone 40 seconds into their match at UFC243 on January 18, 2020. Prior to that match, McGregor had been away from the octagon for more than a year and even announced his retirement on March 29, 2019. His last fight before Cerrone was at UFC 229 when he faced off against Khabib Nurmagomedov on October 6, 2018. McGregor lost that fight. After his retirement, McGregor tweeted that he wanted a rematch with Khabib and said that he would see him in the octagon. Well, now Khabib, who no doubt saw McGregor annihilate Cerrone in less than a minute, says he has no interest in fighting McGregor a second time. Not even for $100 million. In fact, he called McGregor an "idiot" and said, "Why do I need that kind of money?"

Khabib was talking to reporters in his native Dagestan, Russia on Tuesday, February 4, when he was asked about comments his manager Abi Abdelaziz made about tycoons in Saudi Arabia reportedly offering $100 million to host the rematch with McGregor. Khabib shot that idea down immediately and said he is only focusing on his fight with Tony Ferguson in April. He went on to say that the $100 million could be better spent by helping the needy. 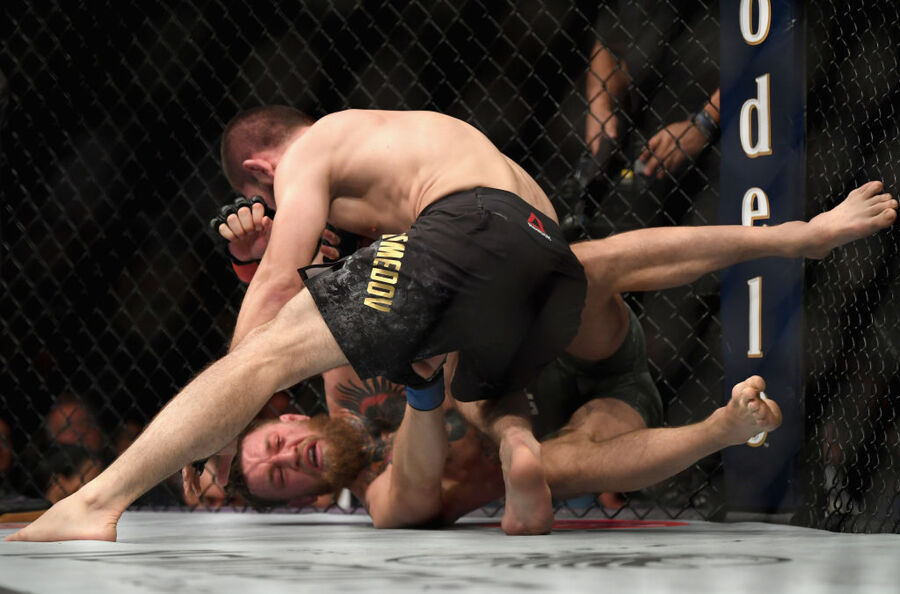 "…giving me $100 million for me to beat up that idiot again? I don't think that's rational."

McGregor has called for a rematch with Khabib many times and each time Khabib has expressed his lack of interest in it. Conor McGregor isn't one to stay quiet, so it's pretty much guaranteed that he will respond to Khabib's comments and call for a rematch yet again.

Does anyone want to place an over/under bet on how long it will take for Khabib to come around and face off against Conor McGregor in the octagon?