Kenny Chesney Is The Richest Musician Whose Music You've Probably Never Heard (Ok Maybe You Have, I haven't…)

By Venus Lockett on June 12, 2015 in Articles › Entertainment

Half the country is obsessed with country music. The other half has never heard a single country music song. You either love it or hate it. There is rarely any wiggle room in between. That being said, Kenny Chesney is one of the best selling artists in country music today. Whether you've heard of him or not is irrelevant, his bank account speaks volumes! Far from your average pop star, this modest mogul continues to realize massive levels of success while remaining devoid of the ego and excessive, ostentatious displays of wealth. Famous since around 1996, the artist clearly has a massive, loyal fan base that has stuck with him every step of the way. So, how much is Kenny Chesney actually making from his music?

One of the biggest acts in the genre of country, Kenny Chesney has had quite a few record breaking years. For instance, in 2009 he was named one of Billboard's top earners. Ranking 6th overall, the artist clearly sold a slew of music, ringtones, and concert tickets as he racked up in excess of $55 million in just one year!

The next year wasn't much different. Although the star's earnings took a slight dip to a reported $50 million, he still remained the highest selling act in country by amassing a reported $1.6 million, per concert! 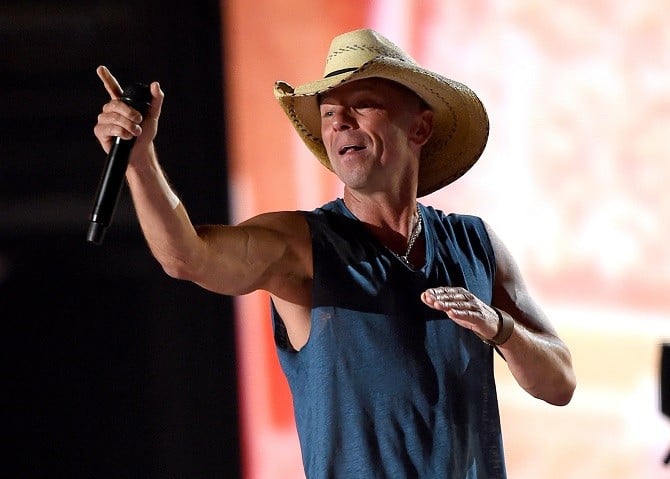 Yet another impressive year of touring and recording for the artist, Chesney secured another $44 million from mid 2011 to mid 2012.

On the tail of his 7th studio album, entitled "Life on a Rock," this massively successful project solidified him as a serious contender as he earned the ranking of 2nd country artist with the most number 1 hits (behind none other than Garth Brooks), and according to Billboard, secured nearly $33 million in the process.

The artist continued to reach new heights. Once again, one of the highest grossing artists of the year, all of the touring and performing seems to continue to pay off for the artist. Yet again, his funds seem to be on the rise; he managed to accumulate $44 million in 2014.

When you total it all up, between 2009 and today Kenny Chesney has earned approximately $232 million before taxes. That's pretty incredible considering the fact that most of the people reading this article have probably never heard his music and couldn't name one of his songs. I certainly can't! Whether or not you had heard of him before reading this, the name Kenny Chesney will be ringing cash register bells for many, many years to come. Now, with a mounting personal fortune of $125 million and counting, the 47-year-old artist remains one of the top acts to watch in the entertainment industry at large.