By Paula Wilson on January 29, 2015 in Articles › Entertainment

Katy Perry seemed to appear out of nowhere with the release of her 2008 hit single, "I Kissed a Girl." The track climbed to #1 on the Billboard Hot 100 and Katy Perry was suddenly everywhere. Fast-forward to 2015, and the busy pop star has a net worth of $130 million and is headlining one of the most coveted live performance spots in the music business–the Super Bowl halftime show. So how did she rocket to such super-stardom in just seven years? Well, she actually did it the hard way. She worked her butt off. Here's the story of an "overnight" success, one that was over 15 years in the making.

Katy Perry, also known as Katheryn Elizabeth Hudson, was born in Santa Barbara, California on October 25, 1984. She grew up in a very religious household. Both of her parents were pastors, and she spent much of her childhood moving from city to city as her parents set up new churches in different places. Secular music was forbidden in her home, so she grew up listening to gospel. She was exposed to pop and other musical styles at friends' houses, and often snuck their tapes and CDs into her house. She showed musical talent early on, and her mother signed her up for singing lessons when she was in fourth grade. She also began performing with the church choir. She began playing the guitar when she was thirteen, and within a few months, she was writing and performing her own songs around town. She was an active teenager, and could also often be found skateboarding, surfing, rollerskating, and dancing. 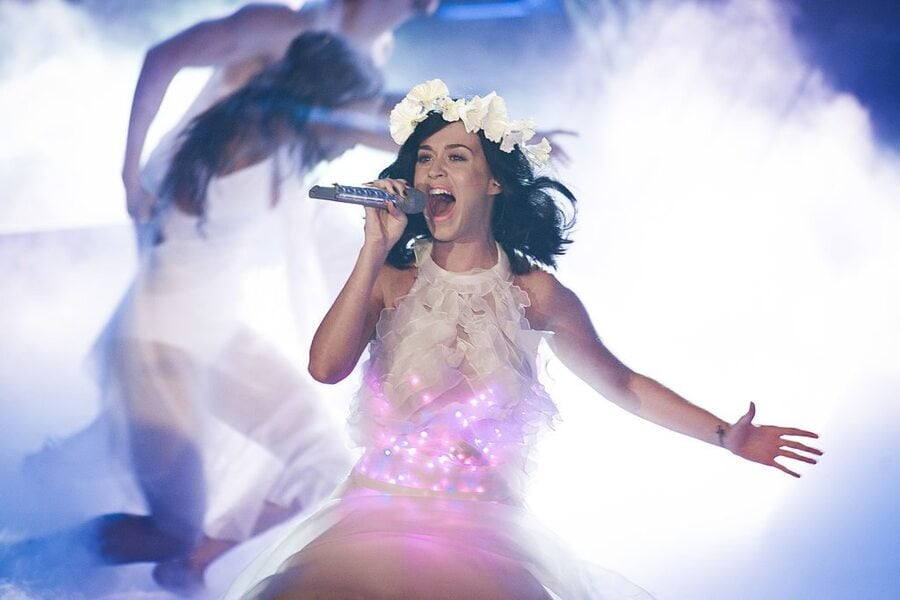 Eager to launch a career in music, she finished high school early at fifteen-years-old, and then she enrolled at the Music Academy of the West, where she studied Italian Opera. The young singer with the big voice caught the attention of two musician/executives from Nashville, Tennessee. Steve Thomas and Jennifer Knapp flew her to Nashville, where she began writing and recording her own demos. In 2001, she released her first album, a gospel project, called "Katy Hudson." It sold fewer than 200 copies, and a few months later her label, Red Hill Records, folded. With nothing holding her back, Perry shifted her focus to secular music.

She subsequently caught the attention of famed producer, Glen Ballard, the man behind such monster albums as Alannis Morisette's "Jagged Little Pill" and Michael Jackson's "Thriller." Ballard flew the 17-year-old singer-songwriter to Los Angeles, where she continued to hone her writing skills. Over the next few years, she would experience numerous ups and downs. She signed with Island/Def Jam as part of a production team called The Matrix. However, their debut album was cancelled before it was finished. Later, her debut solo album, co-written by Ballard, was also shelved. She was dropped by Island/Def Jam, then picked up by Columbia Records. Then she was dropped again, by Columbia Records, almost as soon as they picked her up. So at this point, rather than making her living making music, she found herself working in A&R for a small label called, Taxi Music. 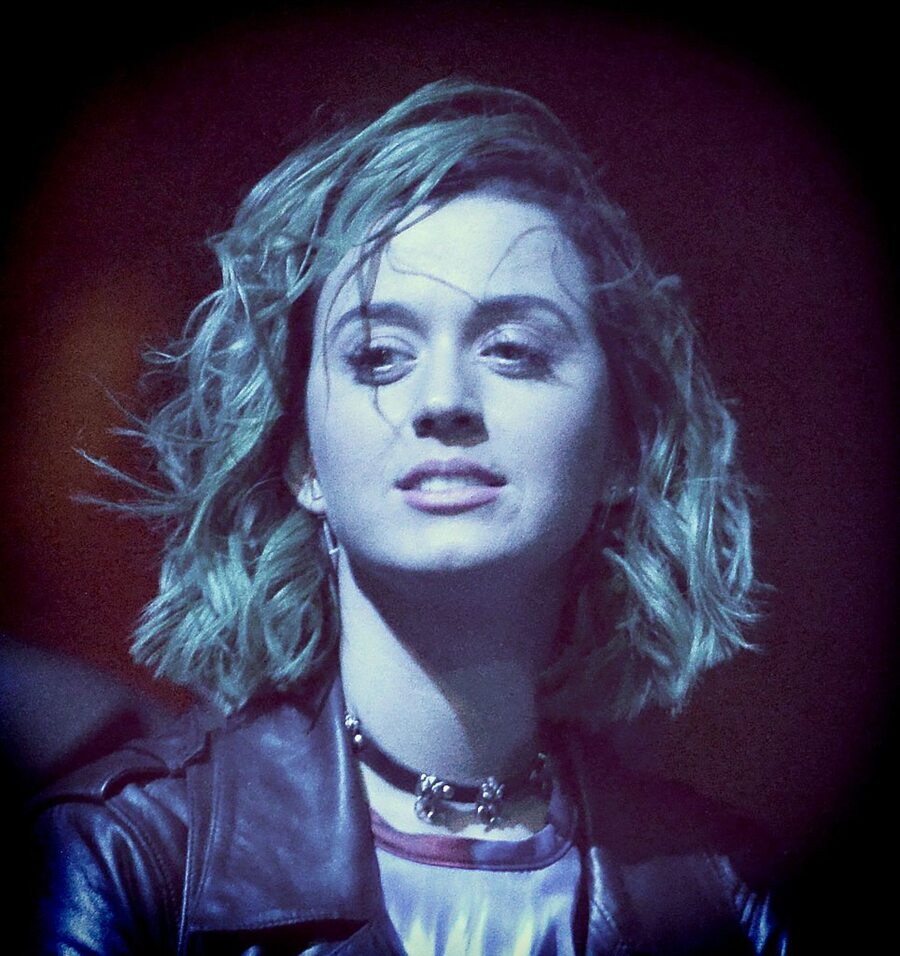 While her prospects sure looked grim, there was still the sense that she was on the cusp of something bigger. Her track, "Simple," which was originally supposed to be part of the shelved album with Glen Ballard, became part of the soundtrack for "The Sisterhood of the Traveling Pants." She began singing backup vocals for a number of established artists, including Mick Jagger and P.O.D. Then Blender named her 2004's "Next Big Thing." Even so, she still didn't have the chart success or the name recognition she wanted or needed.

But then everything started to shift. An executive at Columbia recommended her to Jason Flom, the chairman of Virgin Records. He saw in her a major star just waiting to happen, and signed her immediately. Perry finally had a label fully in her corner. Flom introduced her to Dr. Luke, a.k.a. Luke Gottwald, the producer behind such hit songs as Pink's "Who Knew" and Avril Lavigne's "Girlfriend." Gottwald and Perry co-wrote "I Kissed a Girl" and "Hot n Cold." While they worked on building an album of hit songs, Perry released the digital single, "Ur So Gay," in 2007. The song received very little airplay, but became a cult favorite, and it helped establish an early fan base for her. When "I Kissed A Girl," the first track off her album, "One of the Boys," was released in 2008, the response was big and almost immediate. While critics were very divided about the track, audiences ate it up. It has since sold nearly 4.5 million copies, and reached #1 on the Billboard charts in 30 countries. "One of the Boys" spawned two more Top Ten hits, and went Platinum or Gold in 15 countries, selling over 5 million copies worldwide. Katy Perry had finally arrived. 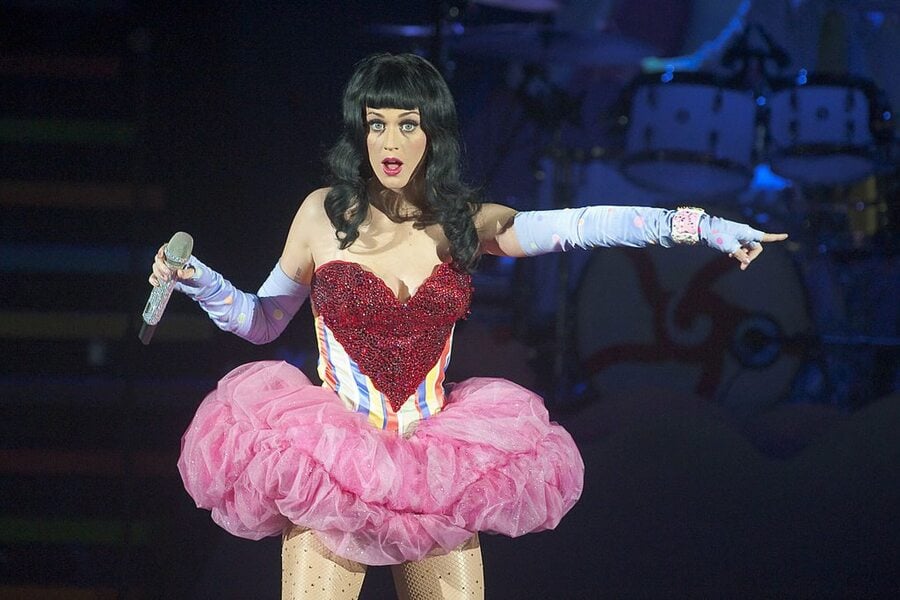 Since then, she has released two more very successful albums. 2010's "Teenage Dream," debuted at #1 on the US Billboard 200, and remained in the Top 40 for the next three years. The album has been certified Gold or Platinum in 19 countries, and has sold 5.7 million copies…and counting. "Teenage Dream" became only the second album ever (after Michael Jackson's "Bad") to have five #1 singles – "California Gurls", "Teenage Dream", "Firework", "E.T.", and "Last Friday Night (T.G.I.F.)." Her next album, "Prism," debuted at #1 on the Billboard 200 when it was released in 2013. It became the second best-selling album in Australia's history, and the second-highest selling album for a female artist in the US in 2013. It has since sold 3 million copies and counting worldwide, and has been certified Gold or Platinum in 15 countries. The album spawned two #1 singles, "Roar" and "Dark Horse."

Since her wave of success began in 2008, Katy has embarked on three successful solo world tours, co-headlined one tour, appeared in a documentary about her life, and racked up five American Music Awards, six Billboard Music Awards, and 13 Grammy nominations, among many other honors. She has also become a public figure in the fight for LGBT rights, and has received a great deal of praise for her philanthropic work with children in need, AIDS/HIV prevention and outreach programs, and musician/artist advocacy. In other words, she has emerged as the kind of artist any label would be happy to throw their weight behind. She's both commercially and personally successful. The fact that Katy Perry stuck to her dream for so long is a testament to her committment to maintaining her current success . After 15 years of work, headlining the Super Bowl halftime show is just the icing on a very well-deserved cake.