Katy Perry may be the highest paid entertainer in the world, but as the Rolling Stones sang, she can't always get what she wants. What Katy wants right now is an historic eight-acre hillside estate in Los Angeles that is currently owned by either a sect of Catholic nuns or the Roman Catholic Archdiocese of Los Angeles, depending on who you talk to. The Church is inclined to sell it to Perry. The nuns claim to have sold it to developer and successful Los Angeles restaurateur, Dana Hollister. In short, the deal is a mess of lawyers, priests, five elderly nuns, a developer, and the woman who became famous by singing about how she kissed a girl.

The battle over the property has shocked the public. The nuns favor the deal from restaurateur Hollister, the genius behind L.A. hot spots Cliff's Edge and Villains Tavern, because she will keep the property open to the public. The Archdiocese prefers Perry's all cash deal to Hollister's reliance on loans and promissory notes. The dispute pits Los Angeles archbishop Jose Gomez against 86-year-old Sister Catherine Rose Holzman and 77-year-old Sister Rita Callanan. The nuns are two of the five remaining members of the order of the Sisters of the Most Holy and Immaculate Heart of the Blessed Virgin Mary.

The estate in question is a large Italianate complex in the Silver Lake neighborhood of Los Angeles that occupies a full city block. For decades the home was the residence of the Sisters of the Immaculate Heart of Mary order of nuns. The home was built in 1927 for KFI-AM founder Earle C. Anthony. In the 1950s, the house sold to Catholic philanthropists Daniel and Bernardine Donohue. After his wife's death in the late 1960s, Donohue sold the property to the nuns at a discount.

It was good timing for the nuns. In the late 1960s, a group of the order's sisters had a pretty epic falling out with Cardinal James McIntyre over their plans to ditch their habits in favor of modern clothing and live more independently of church authority. These rebel nuns left the order. The others remained with the Church, joined a splinter group and moved into the estate on Waverly Drive in Silver Lake.

Perry has reportedly had her eye on the property for three years. The nuns moved out in 2011. In May, Perry met with the five remaining nuns at the request of the archbishop. What could possibly have gone wrong? The "Roar" singer is, after all, the daughter of Evangelical Christian preachers and a former gospel singer. At the meeting Perry showed the nuns the Jesus tattoo she has on her wrist and sang the gospel song "Oh Happy Day" for them. The nuns were not impressed by the fact that Perry had to refer to her smartphone for the lyrics to the song. Nonetheless, at the time, three of the nuns agreed to back Perry's plans for the property, but the remaining two did not. Sister Catherine Rose and Sister Rita entered into a deal with Dana Hollister instead.

Perry's deal, according to information from the Archdiocese of Los Angeles, is for $10 million in cash plus an additional $4.5 million to purchase an alternative house for the visiting priests who currently use the Waverly Drive property. The priests can stay on the property for two more years and their new house would be owned in full by the nuns. Any surviving sisters of the order would be the beneficiaries of any sale of that home in the future. 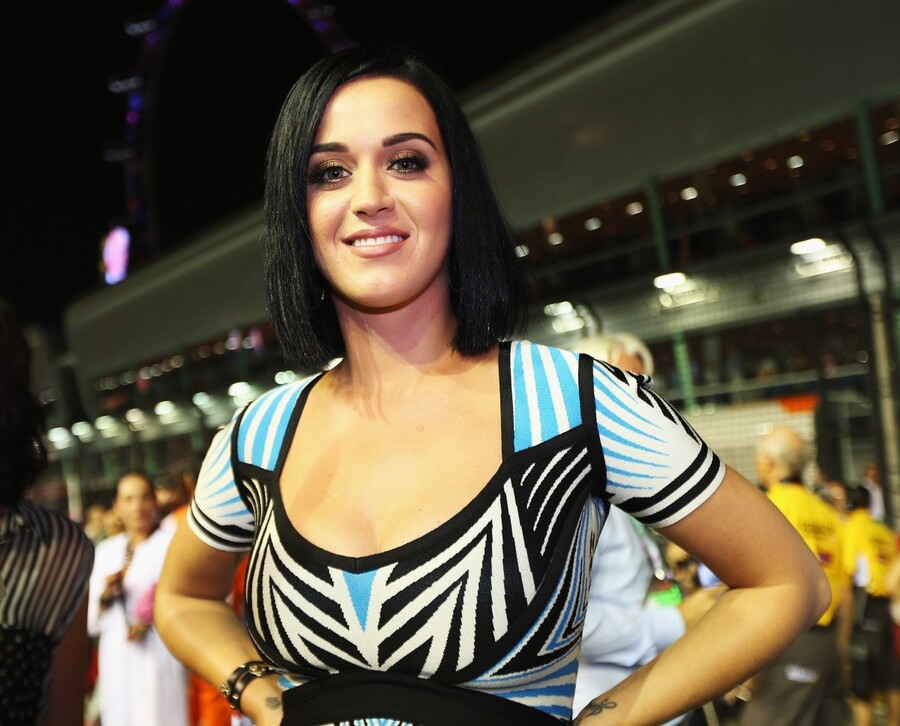 Dana Hollister has reportedly already paid the nuns $10 million for the property and is in possession of a grant deed – the legality of which is dubious. Hollister would also pay up to $5.5 million more than would go to the archdiocese, not the nuns, to buy out the long-term lease of the priests' retreat house. She has paid $100,000 in cash to date and has a promissory note to cover the balance of the $10 million. Representatives for Hollister claim she has enough cash to foot the entire cost.

The archdiocese's attorney, J. Michael Hennigan, is getting ready to face off against his opponents in Los Angeles Superior court on July 30th. Judge Robert O'Brien has been asked to issue and injunction to block the nuns' sale of the property to Hollister. This would effectively clear the way for the archdiocese to sell the estate to Katy Perry.

The nuns insist that they have no moral objection to Perry; they just prefer Hollister's proposed plans to turn the estate into a boutique hotel. Hollister's plan would require zoning changes.

The archdiocese claims that the sisters do not have the authority to sell the property. Though the estate has been their motherhouse since 1970, it is controlled by an institute that holds the property and provides for its maintenance and taking care of the sisters. Adding another complication to the plans is the fact that any deal involving more than $7.5 million must get final approval from the Vatican. The Pontiff has not yet weighed in on his feelings about Katy Perry.

In a battle of nuns vs. priests vs. the archdiocese vs. Katy Perry, you have to wonder which side God is actually on.