By Simon Gerard on August 23, 2011 in Articles › Entertainment

Yesterday, Kate Gosselin took to twitter to deny rumors that her net worth is over $5 million. This set off a flurry of thousands of fan re-tweets wondering if Kate is going broke and where all the money from TLC, book sales and speaking and engagements has gone. Over the last several years Kate has become much more than just a newly single mom with eight kids, she's a corporate brand. Obviously having 8 kids is not cheap but one would expect that most of her expenses have been paid for and that she must have put away a large chunk of her cash during her time as a reality star. Is Kate merely denying the reports so she can maintain her image as a struggling single mother because that's what sells? Being a multi-millionaire certainly wouldn't help her gain sympathy from the very people who would potentially tune into her show and buy her books. Maybe this changing image is the reason her new show was recently canceled. Audiences are no longer interested in Kate's life now that she's a wealthy celebrity who appears on shows such as Dancing With The Stars.

This tweet, as well as the recent cancellation of her show Kate Plus 8, got us thinking about her financial future. Is Kate going to have to find a real job again? Reality television has given Kate a six-figure salary and created multiple revenue streams. Her eight kids, celebrity status and lavish lifestyle have also created massive expenses. 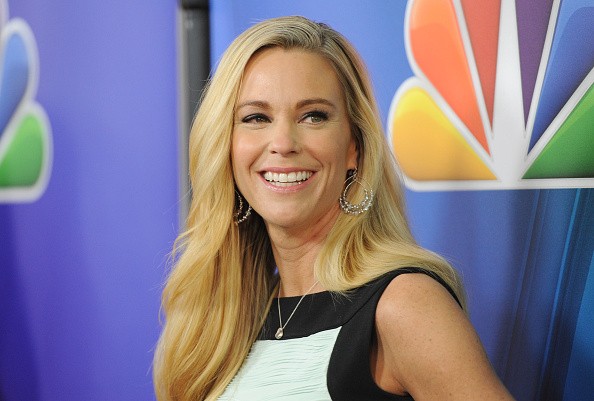 We know she filmed around 150 episodes, with a starting salary of $30k and maxing out at $250k. Kate also kept busy with speaking engagements and church tours, earning approximately $25k-$40k for each appearance, including cash given to them from church collection plates and charging fans for pictures and autographs. She also wrote four books, with her first two debuting at #5 on the New York Times best sellers list (with the latter two flopping). It is suspected she was paid by tabloids for her stories, but both she and the tabloids deny this. Her divorce settlement was private, but she was reportedly "thrilled" with the results.  Jon is said to be paying her $22k per month in child support. (Our staff will be re-looking at Jon's net worth, if anyone has any info, please let us know) And don't forget paid expenses for tours and vacations, along with masses of free stuff from sponsors, product placements and fans. Kate also earned a reported $100,000 per episode of Dancing With The Stars.

Now lets look at some of Kate's family/business expenses. First she has two mortgages, including her $1.2 mil home in Pennsylvania with estimated $10k monthly payments. Her kids are all in private school, costing around $5k a year (times 8 of course). Her staff, including nannies and bodyguards, is reported to cost her $300k a year, well above most A-list celebrity families. We'll see where her notoriety takes, her with rumors about a new reality or talk show already circulating.

While our staff researches an update to Kate's net worth, I'd love to know what our readers' think:

-Do you think she's just looking for sympathy and to maintain an image of a struggling single mom?

-Have you heard any other details or $ estimates of her net worth and salary?