By Joseph Gibson on July 24, 2017 in Articles › Entertainment

It sounds like something a science-fiction writer in the 1970s might dream up in a story about the future, but no, kids these days really are into "slime videos" on YouTube, where users demonstrate how to create homemade putty-like slime. The craze has produced at least one bona fide star in Karina Garcia, a 23-year-old who, according to The New York Times, is making a consistent six figures a month churning out slime for her more than 5.7 million YouTube subscribers.

Garcia is pulling in between $20,000 and $60,000 a month for very lucrative sponsorship deals with companies like Coca-Cola and Disney. That comes to a bare minimum of $100,000 per month, according to Garcia herself, and on "a good month" she finds herself with checks of up to $200,000. And her parents have no reason to be ashamed of their slime-loving daughter, because also according to her:

"I've retired my parents. It's definitely really crazy. Even I can't believe it."

Her slimy fame on the internet has also allowed Garcia to sign a book deal, to write DIY Slime, a book containing 15 of her recipes for homemade slime. Her approach to the stuff far outstrips large outfits like Nickelodeon and the Silly Putty people in terms of novel innovation – for instance, one of her most popular recipes is for an "Edible Slime" made out of pink Starburst candy. 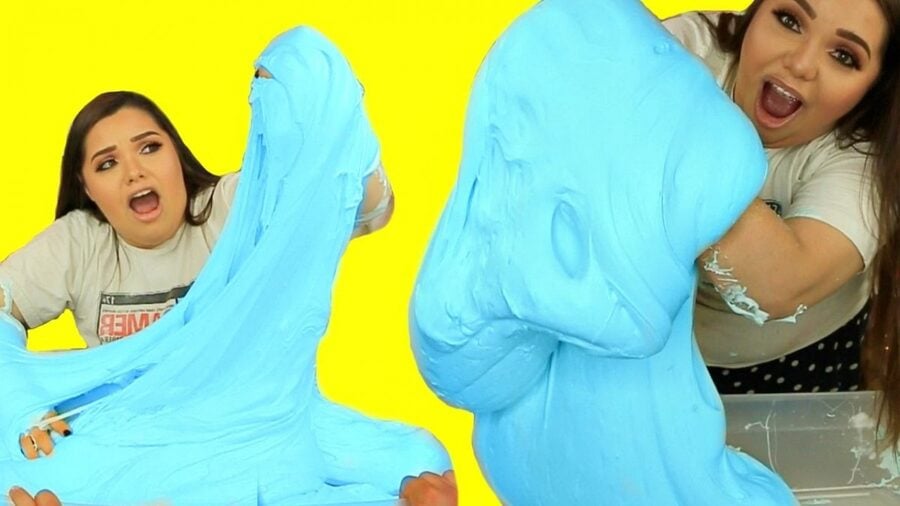 Within seven months of starting to put slime videos online, Garcia began to turn a profit on what, up to that point, would have been considered a hobby. Soon after, she was supporting not just her parents financially, but her siblings as well. She also purchased a six-bedroom house,  with a (water-filled) swimming pool as well as a recreation room and home theater. The obvious thing to call such a house would be "The House that Slime Built," but people might not want to come over to a house named after slime.