The Kardashian family wants Scott Disick to keep his mouth shut and he may have 20 million reasons to do just that. It seems that the family is more worried now than ever that Scott will spill the beans on some juicy family secrets. Disick has been involved in an on-again, off-again relationship with Kourtney Kardashian, which may now officially be over. To make matters worse, he has been seen partying hard and behaving erratically, so the family fears he might let their skeletons out of the closet soon if they don't do something about it.

The Kardashians are reportedly drawing up a $20 million contract to silence Scott Disick. An inside source was quoted as saying "Scott's just gone from bad to worse. He talks a good talk, but the family has had enough, and they are all closing ranks around him now. Once he signs that $20 million settlement with all the bans on tell-alls and spilling family secrets firmly in place, they want to stitch him up so he can no longer find any work in LA."

Kourtney and Scott started dating in 2006, when they met at a house party put on by Joe Francis (of Girls Gone Wild fame) in Mexico. The couple's relationship has been off and on throughout the filming of the reality TV series, Keeping Up with the Kardashians. Kourtney had the couple's first son, Mason Dash Disick, in 2009 and the event appeared in the 4th season of the series. 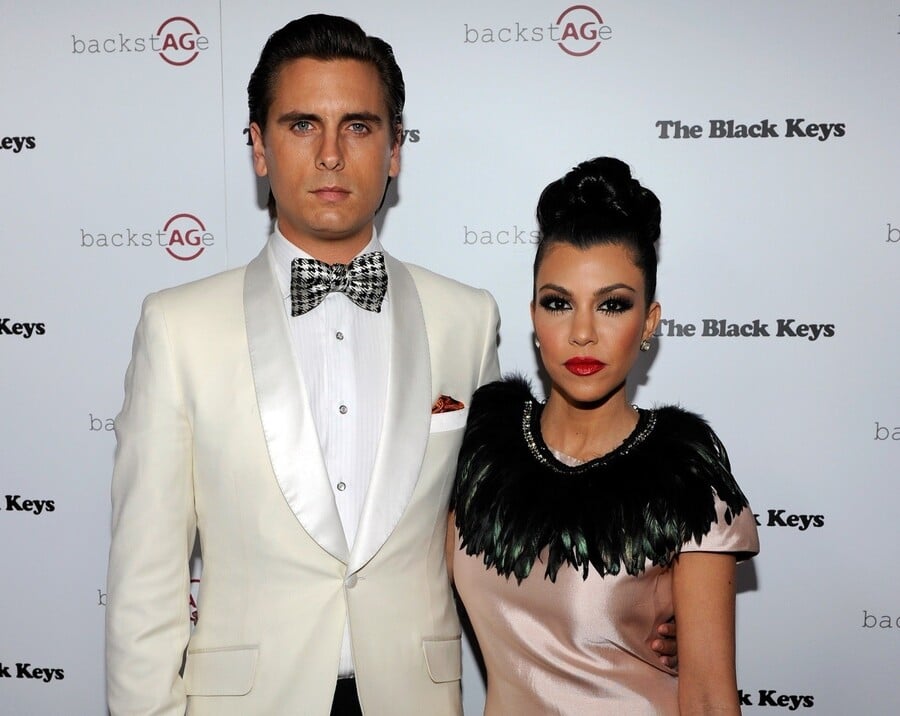 The couple moved to Miami, Florida with their son and Kim Kardashian in 2010. About that time, Kourtney suspected Scott of having a problem with alcohol. He started going to therapy and gave up drinking and the couple was able to stay together as a result. Scott bought an engagement ring in 2011, but did not propose. Kourtney had their second child, daughter Penelope Scotland Disick, in 2012. She gave birth to their third child, son Reign Aston Disick, in 2014. In the summer of 2015, the couple reportedly separated.

Disick works for GNC, in product development. He launched the New York restaurant, RYU, in the Meatpacking District. Scott grew up in a family of wealthy real estate developers and his parents have both passed away in recent years. He makes $4 million per year and has a net worth of $16 million, which he often spends on luxury cars.

If he wanted to, Scott Disick could probably write a pretty juicy book exposing everything we don't know about the Kardashian family. Or he could just take the $20 million, stay quiet, and double his net worth overnight. Either way, as long as he doesn't overdo it with the partying, he could be in line to be rich for the rest of his life.