By Paula Wilson on July 30, 2014 in Articles › Entertainment

Odds are, if you've been near a computer, television, or mobile device recently, you've heard about, or seen, Kacy Catanzaro.  In the off-chance you have no idea why she's suddenly everywhere, here's a quick primer.  Kacy Catanzaro is a 5-foot, 100-pound former NCAA Division 1 Gymnastics champion.  She is also the first woman to attempt, and the only woman to complete, the "American Ninja Warrior" City Finals course.  Her incredible run on July 14th made her the first woman to qualify for the "American Ninja Warrior" National Finals in Las Vegas.  It's a big deal on multiple levels.  Not only is at a huge win for women in athletics, it's also a potentially huge win for Ms. Catanzaro herself.  With her hard-won fame, and the real potential to go all the way, Kacy Catanzaro could walk away from her "American Ninja Warrior" experience with a whole lot of cash.  Here's a hypothetical tally of just how much she could earn, if she keeps making history. 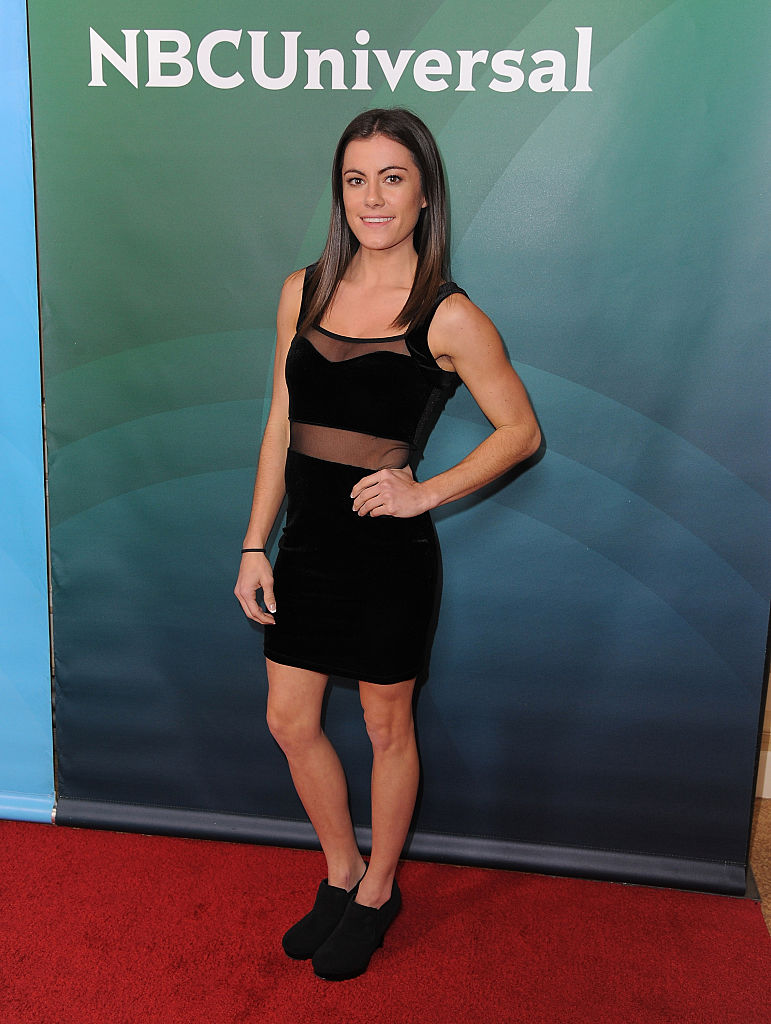 Kacy Catanzaro was born in Glen Ridge, New Jersey on January, 14, 1990.  She started taking gymnastics lessons when she was five, and went on to compete in NCAA Division Gymnastics while she was a student at Towson University in Maryland.  While at Towson, she was named Southeast Regional Gymnast of the Year and the 2012 Eastern College Athletic Conference Gymnast of the Year.  In other words, Kacy, who was the top-ranked competitor in the Eastern Conference in 2012, is already pretty accustomed to winning.

She brought the same athletic competitiveness and discipline that she used as a gymnast, to her training regimen for "American Ninja Warrior".  She began training two years ago, and has both trained at and worked for the San Antonio, Texas-based obstacle course gym, Alpha Warrior, since February 2013.  At Alpha Warrior, she developed a complex, high-intensity workout, based on body weight circuit training.  When competing, she says she often uses visualization techniques to get through the different parts of the course.  She is smaller than most of the competitors, and she often has to come up with creative ways to overcome the obstacles.  She says, "I'm a big visualization person, so if I didn't have a technique prepared I had to visualize what would work for me."  Her daily workout, which is as much about endurance, as it is about strength, is enhanced by her mental focus.  The end result is that she made history in Dallas, Texas, when she completed the Dallas City Finals course on July 14th.  Now she moves on to the National Finals, and a potentially large paycheck. 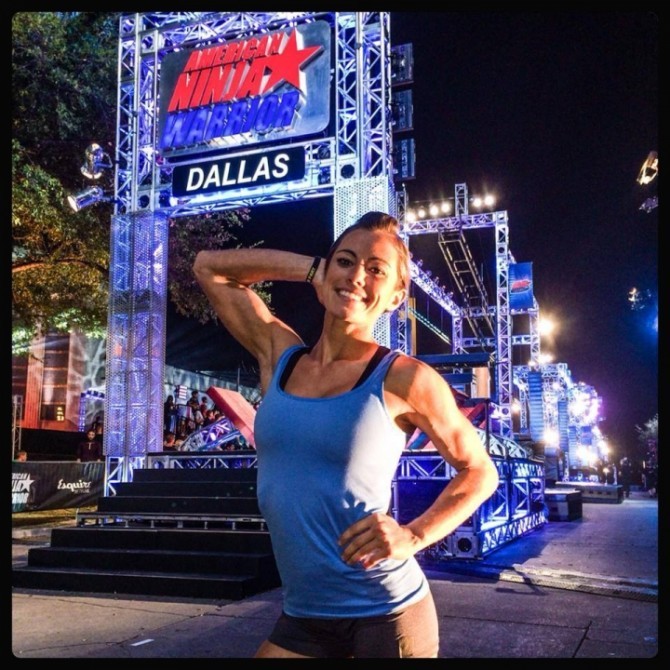 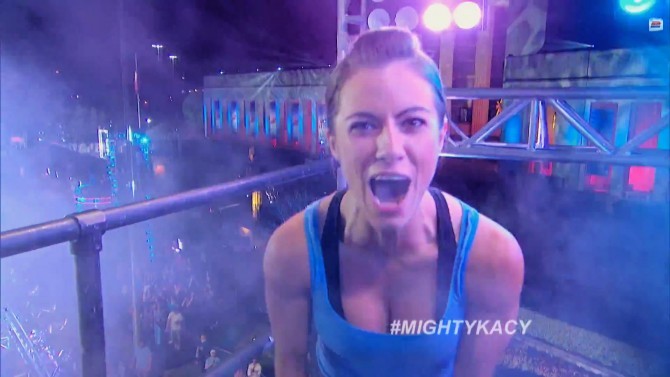 Money from Speaking Engagements, Print, and Commercials:  Whenever anyone becomes the first at something, the media wants the story.  Kacy is probably already dealing with a deluge of people clamoring for an interview for their talk show or magazine.  If she makes it all the way in Las Vegas, that level of interest will increase exponentially.  Consequently, so will her earnings.  High-demand celebrity public speakers can earn as much as $50,000 per appearance, and there is the additional potential for print advertising and commercials/promos, outside of her endorsement deals.  If she plays her cards right (and hires a good manager), she could be set for life.

No matter what happens, Kacy Catanzaro has already made history.  Interestingly, this was the first year that multiple women made it through the qualifying rounds.  Kacy was the first, and the only one to complete the City Finals course.  However, two other women, Michelle Warnky, an event coordinator for "American Ninja Warrior", and Meagan Martin, a rock climber, both made it through the qualifying rounds in St. Louis and Denver, respectively, after Kacy completed her run.  They were both knocked out in the finals round.  What makes the trio's success so interesting, is that no other women have made it through a qualifying stage since Chie Nishimura made it through the original Japanese program's Stage 1 obstacle course – in 1998.  The success of Kacy Catanzaro and her fellow female competitors this year, just might be the beginning of something major in the world of "American Ninja Warrior", and money aside, that's pretty awesome in and of itself.