K-Pop Group BTS' New Album 'Love Yourself: Her' Is Breaking Records All Over The World

By Joseph Gibson on October 4, 2017 in Articles › Entertainment

K-pop – short for Korean pop, as you hopefully already know – is usually thought of as a niche interest outside of South Korea. But that might be changing, thanks to the new album from K-pop group BTS entitled Love Yourself: Her, which is probably breaking enough records across three continents to qualify as a "crossover success."

According to CNN, Love Yourself: Her recently held the top spot on the iTunes sales charts in a total of 73 countries, stretched across three continents. These worldwide number 1s are joined by the shocking success of the lead single "DNA." The song took about 20 hours to hit 20 million listens on YouTube, and in the process busted records by more well-known stateside artists like Taylor Swift, Katy Perry and Rihanna. 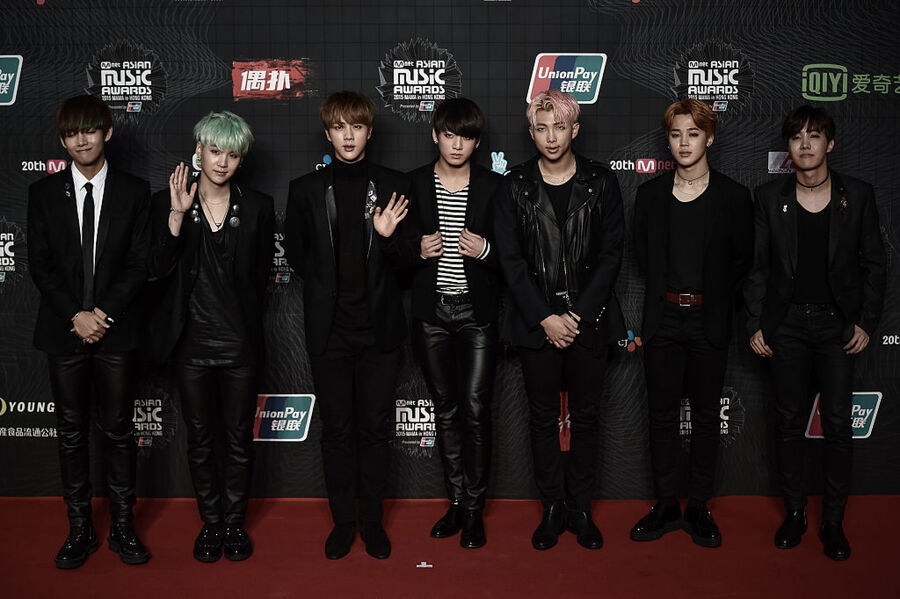 Other names on BTS' list of victims include Justin Bieber, Selena Gomez and Ariana Grande, all of whom met defeat at the hands of the band last summer, when they became the first Korean pop group to win a Billboard Music Award. In retrospect, that seems like an omen for the band's unprecedented success on tour in the US – within hours of tickets going on sale, multiple arenas in the US were sold out, and the band had to add new shows in New Jersey and California.

Love Yourself: Her is BTS' fifth studio album, and there's no objective way to determine what's responsible for the group's breakout success. But one theory from Tamar Herman, a K-pop correspondent for Billboard, points to a likely suspect:

"What sets them apart is definitely their social media," said Herman. "It brings them closer to fans, making them feel as real as idols can get. BTS cut out the middle man with their social media posts, bringing instantly shareable content directly to their fan's Twitter feeds. Paired with their increasingly impressive music releases, BTS gave off a more accessible vibe than many other K-pop acts, whose communication with fans is more often than not directed through limited moments curated by their labels."

Whether or not BTS' mastery of social media is a key component of their success outside of Korea is for culture analysts to decide, but it undoubtedly contributed to their Billboard Award win, which was determined by fan votes.