K-Pop has been a thing for awhile now. Right now, BTS, a group of young men who were assembled into a band through a studio audition process are the biggest thing in the world. They are the modern day Beatles or Backstreet Boys, drawing tons of screaming young girls wherever they go. They debuted their unique sound in December 2012 with a rap cover of Wham's "Last Christmas." Since then, they've gone on to completely change the image of boy bands in South Korea and become the biggest breakout success that country has ever seen.

Over just the past year, BTS has wormed its way onto US radios and streaming services. They are the first South Korean band to debut an album at No. 1 on the U.S. Billboard chart. The new album Love Yourself: Tear is a follow up to 2017's Love Yourself: Her and sold 135,000 albums in its first week of sales. The band also announced a world tour in April that sold out nearly instantly.

Why is it BTS that finally broke through after half a decade of the increasing popularity of K-Pop as a genre? Well, it's primarily about being different and change. BTS looks different than other K-Pop bands and the band took a different approach to building its fan base and interacting with fans. 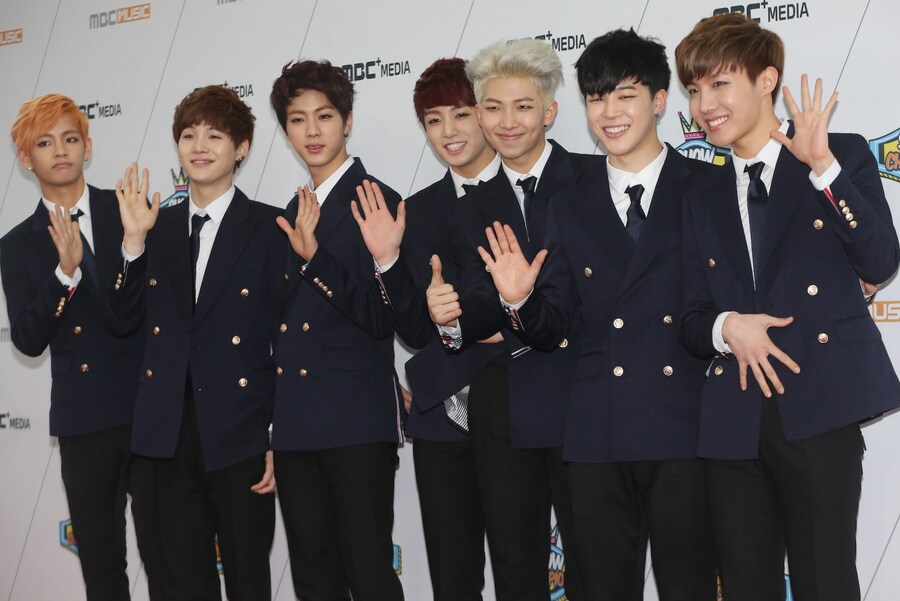 BTS is the brainchild of a man named Bang Si-hyuk, who set out to build a different kind of studio from the standard "idol factories" that had dominated the K-Pop landscape since the genre started in 1992. In 2005, Bang, a successful song writer, formed his own studio Big Hit Entertainment. He began to assemble a group of teenagers in 2010. He called them the Bulletproof Boy Scouts, later renamed Bangtan Boys, and finally, BTS. He wanted this band to be different from the painstakingly groomed and immaculate idols K-Pop usually churned out. He wanted BTS to be real young men who projected their real personalities and talents. This was a true break from the way things were usually done in the K-Pop world. Studios trained their bands to be idols who are blank slates that fans can project their fantasies on. Bang wanted BTS to be full of artists that audiences could relate to. Unlike other K-Pop artists, BTS doesn't have a strict contract or a curfew. They are allowed to discuss how stardom affects them and what pressure it puts on them.

What BTS does, and does well, is combine a young and innocent styling of the band members with driving beats more reminiscent of old school gangster rap. This was revolutionary in 2013. Today K-Pop regularly infuses tones of hip hop into its music, but BTS was among the first to take it and run with it.

And then there are the fans – called the Army – because their fandom is so well organized and loyal. Tickets for the 2015 limited U.S. tour sold out. Tickets were reportedly being scalped for more than $10,000. Tickets for their current sold out tour are averaging $452 per ticket—the highest of any act touring this summer.

Analysts of K-Pop were surprised by the rapid rise of BTS. But if you look at their reach, its less surprising. Kids know them. Teenagers know them. Adults know them. And their fans helped make sure that happened. During 2017, BTS fans begged Walmart, Target, and Amazon to stock BTS's albums. Once the retailers did, the fans gobbled them up, pushing BTS to the top of the sales charts.

Tumblr is generally considered the unofficial home for fan communities on the internet and BTS reigns supreme there. In April. Tumblr's popular weekly Fandom Metrics, which measure the popularity of fan communities, decided to stop breaking K-Pop out as a separate category. When they merged K-Pop with English language bands something interesting happened. The first week the categories were merged BTS was number one, ahead of Beyoncé and Harry Styles.

Think about it—BTS has grabbed the attention and loyalty of fans across the globe despite language and culture barriers. That's quite a feat right there and speaks to what a phenomenon BTS is globally right now.