Last night, Justin Bieber was thoroughly lampooned as the "honoree" of the most recent Comedy Central Roast. With his almost incessant presence on the airwaves, in the news, in tabloids, and on many teen's smartphones, it would be easy to think that he's been around forever, and that he's churned out multiple albums. That's not the case. He actually has very little music under is belt, comparatively speaking, and his presence on every radio station has largely to do with remixes of his own songs. In fact, since the release of his first album, both his record sales and his tour sales have dropped off significantly. Just how significantly? Significantly enough that his management team decided the best way to keep him in the public eye, and attempt to salvage his increasingly tarnished reputation, was to let a room full of comedians give him some "tough love" on national television. Desperate times call for desperate measures, and with Bieber's spiraling record sales, those times are apparently very desperate. Here's a look at his decline by the numbers.

As has been documented countless times before, Justin Bieber was discovered via YouTube. Scooter Braun, a music manager and A&R man, first caught sight of Bieber in 2007, and convinced the young singer and his mother to travel to Atlanta to meet with Usher. A bidding war began for the pre-teen musician, with Justin Timberlake's label and Usher's label duking it out. Usher's label eventually prevailed and the rest is music history. Now age 21, Justin Bieber has become one of the most recognizable faces in music around the world with 37 million followers on Twitter, and multiple Top 10 hits. From the outside, it certainly looks like the young man from Ontario, Canada is on top of the world. His record sales tell a different story though. In fact, they show a career that is noticeably in decline. Which is a terrifying position for an artist who was on top just a few years ago. 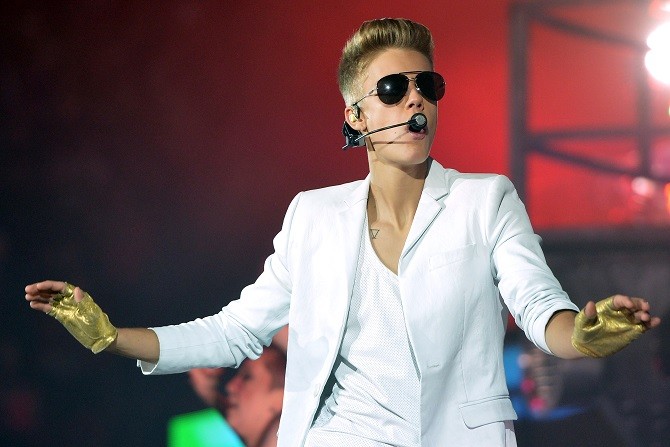 Justin Bieber released his first song, "One Time" in 2009. It reached #17 on the Billboard Hot 100, and was later certified Platinum in the US and Canada. This was not a bad way to start. He followed this up by releasing the EP, "My World." The track, "One Less Lonely Girl," was subsequently certified Gold, and the album was certified Platinum in the US, and Double Platinum in Canada and the UK. Scooter Braun and Usher were now certain that they had signed a potential super star, so Bieber was booked to perform on multiple talk shows and music programs, as well as performing at major events and black tie affairs. "My World" went on to sell over 2 million units worldwide to the tune of over $20 million.

A year later, "My World 2.0," was released. It debuted at #1 in both the US and Canada. Considered a companion album, with some overlap, "My World 2.0" was meant to display Bieber's growth and increasing maturity. The first track from the album, "Baby," reached #5 on the Billboard charts. Four other singles were also released and three reached the Top 40 in the US and/or Canada. It ultimately went three times Platinum in both the US and Canada, and Platinum in multiple European countries. Again, Bieber appeared on every talk show, morning program, event show, or awards ceremony his management company could get their hands on. "My World 2.0" earned somewhere in the neighborhood of $80 million, selling over 8 million units. Bieber followed the album up with an acoustic album featuring the same songs called, "My Worlds Acoustic." It debuted at #7 in the US, and went on to sell less than a million units worldwide, pulling in around $10 million. 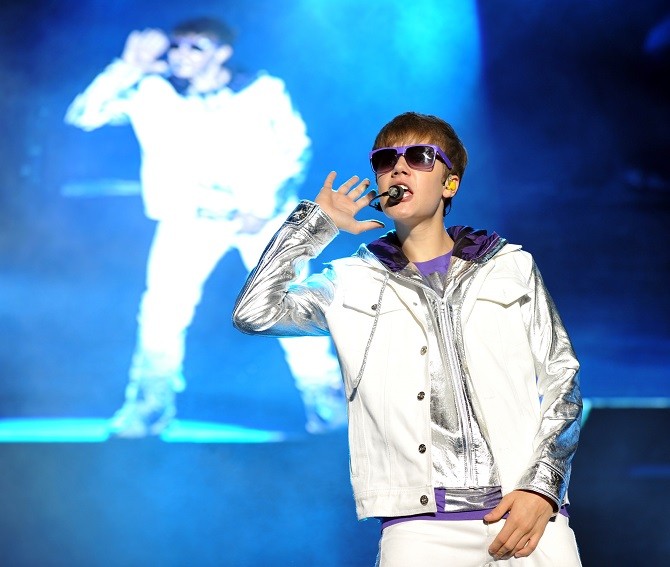 In order to capitalize on the popularity of the "My World" albums, he released a 3D concert film called, "Justin Bieber: Never Say Never." The film did surprisingly well at the box office, earning over $98 million worldwide, and the accompanying album, "Never Say Never – The Remixes," sold over a million copies worldwide, earning approximately $10 million. Based on the amount of hoopla after the release of "My World 2.0," it seemed like Justin Bieber was the best thing to happen to a music executive since sliced bread.

However, sometime between 2011 and now, things started to go a bit pear-shaped. His money, fame, and what seemed like a basic lack of responsible adult supervision, began to catch up with him. His neighbors complained about loud parties. He got stopped numerous times for reckless driving. He was arrested more than once. More recently, he's been sued. He's been banned from certain countries. He's basically done just about every not so smart thing a celebrity can do. While he's still quite successful, the change in his image and behavior, from squeaky clean teen to "swaggy" young adult, seems to be alienating his fan base. The teenaged girls, known as "Beliebers," who lined up outside in the cold for tickets to his first tour have gotten older, and they are not so enamored with Justin 2.0.

"Believe," his next album of new material, was released in 2012, following a moderately successful Christmas album. Like "My World 2.0," "Believe" was part of a package deal, including an acoustic version of the album, and a 3D concert film. The album debuted at #1 in the US, but then dropped off very suddenly after two weeks. It did moderately well worldwide, but considerably less well than "My World 2.0." It went three times Platinum in Mexico and Brazil, but only 2 times Platinum in Canada, and one time Platinum in the US. Sales figures topped out at around 3 million copies worldwide, for approximately $30 million. Ouch. That's a big drop off from the 8 million + units sold of his first LP. The acoustic version, "Believe Acoustic," debuted at #1 on the US Billboard 200, but, like its predecessor, dropped off immediately. While it was successful initially, public interest in what was basically a retread of previously released material dried up quickly. When year-end charts were released, its only presence was a spot at #192 in the UK.

The documentary about his "Believe" tour posted equally disappointing returns. While "Never Say Never" had far outperformed expectations, the film "Justin Bieber's Believe," and the "Believe Tour" itself, were far less successful. The movie, which was produced by the same production team that worked on his first film, was universally panned when it was released in late 2013, and only made $6.2 million at the box office. In late 2013, in anticipation of the release of his movie, a 10-song compilation album called "Journals" was released for digital download only. It was a flop, both critically and commercially. With tepid reviews and next to no advertising, the album charted nowhere. Since then, Justin Bieber has stuck to performing as a guest artist on other singer's tracks, and appearing on the occasional television show. He has not released any other albums, and doesn't appear to be doing much of anything except getting in trouble with the law.

So, will his appearance on the Comedy Central Roast save his spiraling career? Or will he become a pop music footnote like so many pop acts before him? "One hit wonders" come and go all the time, and artists flare up and flare out, like moths in the summertime. However, it's rare to have an artist achieve the level of success Justin has, and then tank it. You can be sure his entire management team will be watching how all this plays out on social media and in the news. One reporter noted that, unlike other celebrities of the past, none of Bieber's supposed "friends" in the industry were attending or participating in the Roast. Everyone there was largely chosen by Comedy Central, since, apparently, not many artists want to be seen with him right now. Will being raked over the coals about his bad behavior make him more likable, or will it just provide a stark reminder of how out of control he's become?