By Paula Wilson on January 27, 2014 in Articles › Entertainment

"Absolute power corrupts absolutely."  This is especially true if you are a nineteen year old pop star with more money than most small countries and zero common sense.  Such is the case with Canadian recording artist, Justin Bieber.  After posting videos of his R&B covers to YouTube while still a pre-teen, the singer experienced a meteoric rise to superstardom that was dizzying to behold.  He went from struggling to get by with his mother, to owning multiple cars, commanding huge sums of money, and fending off thousands of screaming fans… in less than five years.  That's heady stuff for any teen.  He has managed to ride the wave of hysterical popularity quite successfully for years, and currently has a net worth of $200 million.  Here's how a Canadian teen took over the airwaves and your teenage daughter's brain.  More importantly, here's why he is probably going to lose it all, just as quickly. 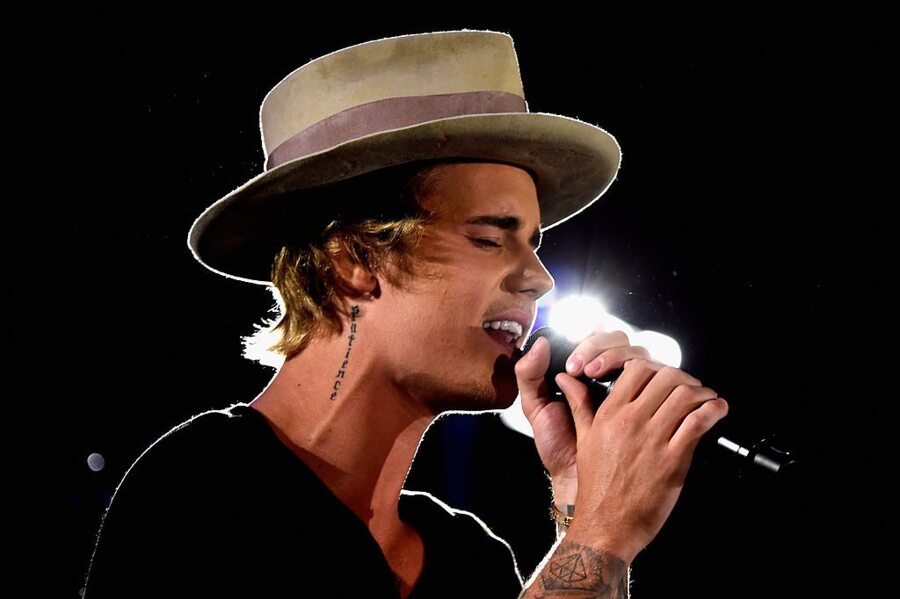 Justin Bieber was born in London, Ontario, Canada on March 1, 1994.  He grew up in Stratford, Ontario, Canada, with his mother, who had him when she was seventeen.  He attended a French-language immersion elementary school, and was initially interested in sports, playing hockey and soccer.  He began playing piano, drums, guitar, and trumpet, teaching himself to play the instruments.  After winning a local talent competition when he was twelve, his mother uploaded a video of his performance to YouTube.  It was meant to be for friends and family, but it attracted the attention of other viewers, as well.  She began uploading more videos, and his online fanbase began to increase.

In 2008, Scooter Braun, a marketing executive and music manager, stumbled across Justin Bieber's videos and tracked him down.  He convinced Justin Bieber's mother to allow Justin to travel to Atlanta, Georgia to record a series of demos.  While in Atlanta, Justin was introduced to R&B superstar, Usher.  It quickly became apparent that the teen had the potential to be a major star.  A bidding war began between Usher and Justin Timberlake, with both artists wanting to sign him to their then-new labels.  Usher eventually won, and Justin signed with Raymond Braun Media Group, a joint management company founded by Scooter Braun and Usher.  From there, he signed with Island Records, a subsidiary of The Island Def Jam Music Group.  Justin and his mother relocated to Atlanta where both Braun and Usher were based, and he began recording in earnest. 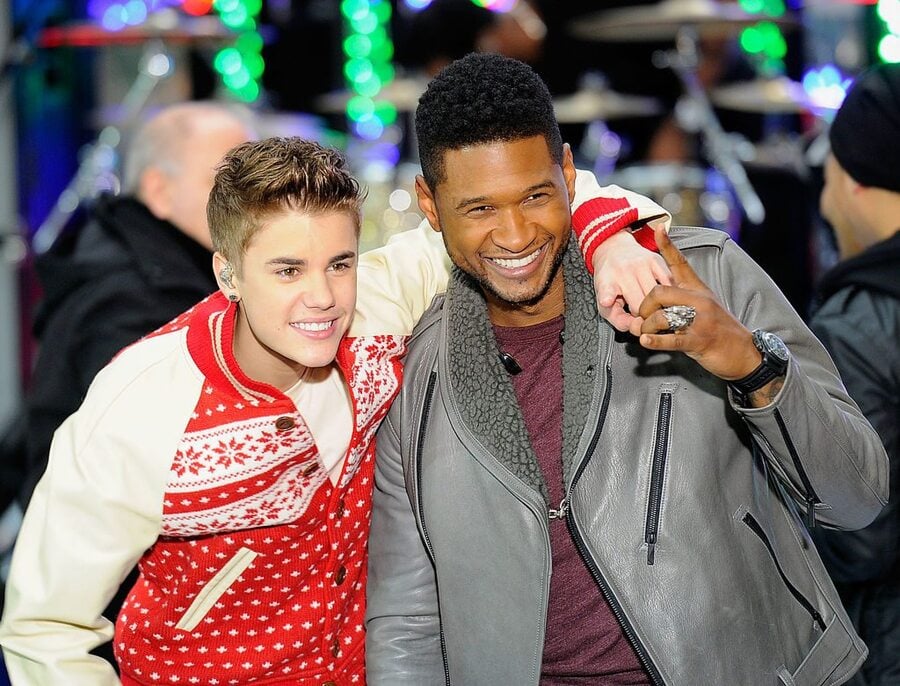 He released his first studio single in 2009.  "One Time" reached #12 on the Canadian Hot 100 charts, and climbed to #17 on the US Billboard Hot 100 charts.  It went on to achieve Platinum and Gold status in multiple countries.  The single spurred the success of his first EP, "My World", when it was released in November of 2009.  "My World" was subsequently certified Platinum and Double Platinum in multiple countries, and Justin Bieber began performing tracks live on such shows as "The Today Show", "Good Morning America", "Chelsea Lately", and BET's "106 & Park".  He made other high-profile appearances, as well, performing for President Obama and the First Lady and presenting at the 52nd Grammy Awards.

His first studio album, "My World 2.0", was an instant hit out of the gate.  He toured throughout 2010, promoting the album, and building his already impressive fanbase.  While recording his second album, "Under the Mistletoe", he toured around the world, and released the biopic "Justin Bieber:  Never Say Never".  The documentary film was a massive success, and went on to earn just under $100 million.  His second album was released later that same year, and debuted at #1 on the Billboard charts.  He quickly followed that up with the first single from his third album.  "Boyfriend" was released in March of 2012 and debuted at #2 on the US Billboard charts and #1 on the Canadian charts.  The album, "Believe", was released in mid-2012, and featured a more adult sounding Justin.  His voice had deepened noticeably, and the tracks featured a more R&B-influenced sound.  The album debuted at #1, but the "Believe Tour" accompanying the album was not as successful as previous tours.  Another documentary film was produced, and in preparation for its release, Justin released a track a week for ten weeks.  The film, "Just Bieber's Believe", was released on Christmas Day 2013 to moderate success.

Now in his late teens, the squeaky clean Justin who signed with Usher six years ago, has disappeared in a big way.  While many young stars grow into their fame, Justin's happened almost overnight.  He was initially assigned a handler and coach, whose job it was to help him craft and maintain a public image.  The handler, Ryan Good, created the look and attitude that is now associated with the performer.  Unfortunately, the one thing his handler didn't seem to teach him, was how to handle his fame responsibly.

Over the course of the last few years, he has had multiple run-ins with the law, usually involving his penchant for driving too fast, no matter where he is, be it the US or the UAE.  His neighbors have filled multiple complaints due to disturbances from parties at his home.  He plays all of his music insanely loud, even in the car.  The only person who plays music louder, is his own mother.  He has made crashing expensive cars into a hobby, and rumor has it that he has taken to drinking too much on a fairly regular basis.  As he has grown up, so has his fan base, and his popularity has begun to noticeably decline.  Though the music he is producing has become more adult, his newer "adult" behavior seems to be distancing him from the very same people who made him a star.  As a sixteen or seventeen year old, the average teen acting out is reprimanded and discouraged from continuing dangerous behavior.  As a sixteen or seventeen year old pop star, surrounded by more experienced adults, his willingness to throw parties and to buy expensive cars and gifts for his "friends", has been encouraged.  Now at 19, he is on the verge of seriously imploding.  His January 2014 arrest for Driving Under the Influence and drag racing is a prime example of just how much has changed since he left Canada and moved to Atlanta as a thirteen year old.  Not all of that change is particularly good.

Justin Bieber has enjoyed a true rags-to-riches story.  However, just as quickly as fame can arrive, it can be snatched away.  Though the picture of him smiling for his mug shot has been shown around the world, word on the street is that he cried like a baby in the holding cell.  Maybe this experience will set the boy who inspired "Bieber Fever" on the right track.  Or maybe he believes his own hype too much, and has yet to realize that the entire planet is beginning to cool towards him. What do you think will happen with Justin Bieber? Where do you think he will be in five years? Let us know your thoughts in the comment section below…