By Simon Gerard on December 25, 2011 in Articles › Entertainment

With it being Christmas and the season of giving, there is only one name that comes to mind: JUSTIN BIEBER! The Biebs has had a busy winter, after wrapping up his My World Tour, he's beat allegations that he fathered a child and sold over 2 million copies of his Christmas Album "Under the Mistletoe". And to top it off, at the end of his Christmas TV special "Home for the Holidays" he presented a giant check for $500,000 to charity. The charity concert was held in Toronto by the Canadian Bieber, with the half-million benefiting the local "Children's Wish Foundation" (which is the Canadian version of the Make a Wish Foundation). 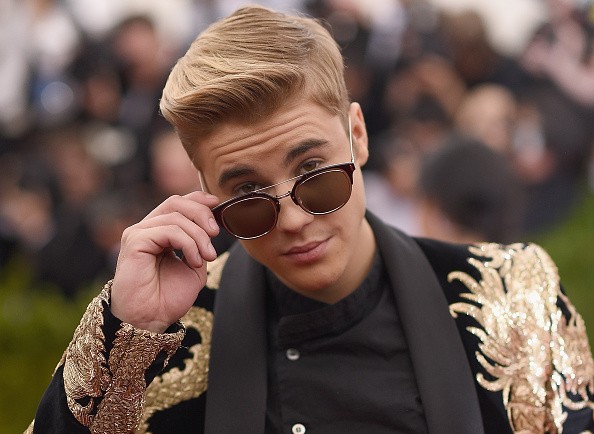 And with all the media attention Bieber gets for spending mad stacks on gifts for girlfriend Selena Gomez and his collection of luxury whips, such as his Batmobile-themed Cadillac, you'd think all he does is ball out all day. And being a international superstar at on 17 years old, you wouldn't expect much more that extravagant spending. But Bieber actually supports over 20 charities, often donates his own money and puts plenty of time effort into fund-raising.

Also during his visit to Toronto for his "Home for the Holidays" concert, he made time to stop by a food bank to make a donation. The location he visited with a $10,000 check was the Stratfood Food Bank, where Bieber and his mom had to sometimes visit when his was younger. He also donated a signed guitar to a food bank in Winnipeg, Canada in November, which raised $3,500. Another project he's investing in is a charity-based Facebook game, that will raise money for developing nations

Earlier this year on the Ellen DeGeneres' show, Ellen did a story on the Whitney Elementary School in Las Vegas, were the majority of kids were living in poverty and even homeless. Bieber appeared on Ellen in November and said he'd make a $100,000 donation to the school and have a private concert for them. And as an extra surprise, when he performed at the school in mid-December, he donated an extra $100,000 of Christmas presents for the kids, on top of his check!

Justin Bieber is also donating proceeds from his "Under the Mistletoe" album, to his selection of charities. And with 2 million already in just a few weeks, it already looking great for all the charities he supports. His only "Believe Charity Drive" has raised over $8,000, with the aim to eventually raise millions. He also donated a signed guitar to a food bank in Winnipeg, Canada in November, which raised $3,500. And he also adopted a puppy with Girlfriend Selena Gomez.

Here is a list of just a few of the charities Justin Bieber currently supports, with a focus on helping children: Make a Wish Foundation, Pencils of Promise, City of Hope, Project Media Share, Children's Wish Foundation, Boys & Girls Clubs of America, Teenage Cancer Trust. The list of charities goes on, including international and cultural causes. So Celebrity Net Worth wants to give a shout-out to Justin Bieber for using his time, wealth and fame to help children and support charities around the world!