Just How Badly Is Jordan Brand Crushing Other Shoe Competition?

By Joey Held on March 5, 2015 in Articles › Entertainment

It's been nearly a dozen years since Michael Jordan played his last game in the NBA. Yet much like during his playing days, he's still at the top of the basketball world. That's because his Jordan Brand shoes are by far the best sellers in the shoe market, earning $2.2 billion more than the next closest competitor (LeBron James).

Over the past two years that data has been made available, 2012 and 2013, Jordan Brand shoes have made $4.5 billion. By comparison, the next four highest-grossing individual player shoe brands–a list that includes James, Kevin Durant, Kobe Bryant and Derrick Rose–made just $990 million during that same timeframe.

Jordan earns more than 10% of that on his own every single year. He earns an estimated $100 million annually. And for your "This Is Absolutely Crazy" stat of the day, that $100 million he earned last year? That's more money than Jordan made during his entire NBA career, which spanned 15 seasons. During his playing days, he earned just $90.2 million in salary. 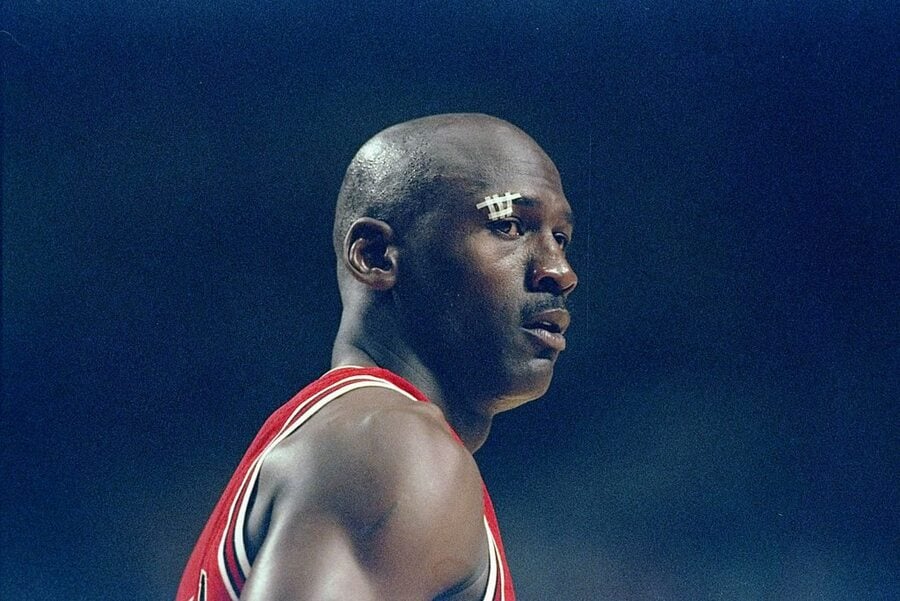 That $100 million is also more than LeBron James made as the highest-paid player in the NBA last year. Last year LeBron took home a combined $72.3 million from salary and endorsements.

The only place where the Jordan Brand isn't number one is in the NBA itself. The Jordan Brand is the third-most popular shoe brand among NBA players. Just 39 of 440 active NBA-ers wear Jordan Brand. Nike and adidas are worn by more players, though Nike also owns Jordan Brand. Last year, Nike's sales went up 12%–a lot of that can be attributed to #23.

What's Jordan doing with all that money? Well, it seems like he's saving it. He's the first player in NBA history to become a billionaire. Not a bad deal for the greatest player of all time. But remember, he's not the first billionaire athlete ever! That honor belongs to Romanian former professional tennis player Ion Țiriac, who earned a $2 billion fortune from finance in his home country in the wake of the fall of the Soviet Union.