By Simon Pollock on June 18, 2015 in Articles › Entertainment

DNA preserved in amber extracted, reconstructed, and born again. The rebirth of dinosaurs. It almost seemed like it could work.

We suspended disbelief in 1993, when Steven Spielberg built a fortune out of Michael Crichton's fate-testing tale about real live dinosaurs roaming the earth again in the 20th century. We did it again for The Lost World in 1997, and again in Jurassic Park III in 2001.

But the real test of faith might be the opening weekend box office returns for Jurassic World, the fourth installment of the franchise, which has repeatedly torn down modern technology with its blood-dripping jaws and claws. When the books closed on this past weekend, World's latest victim was not innocent park goers on a remote island, it was the record books. Clearing Marvel's: The Avengers by $1.4 million, the scaly thriller now holds the #1 spot for biggest opening weekend at $208.8 million (domestic) according to various sources. The next closest earner was Fox's espionage and comedy darling Spy, which logged $15.6 million. 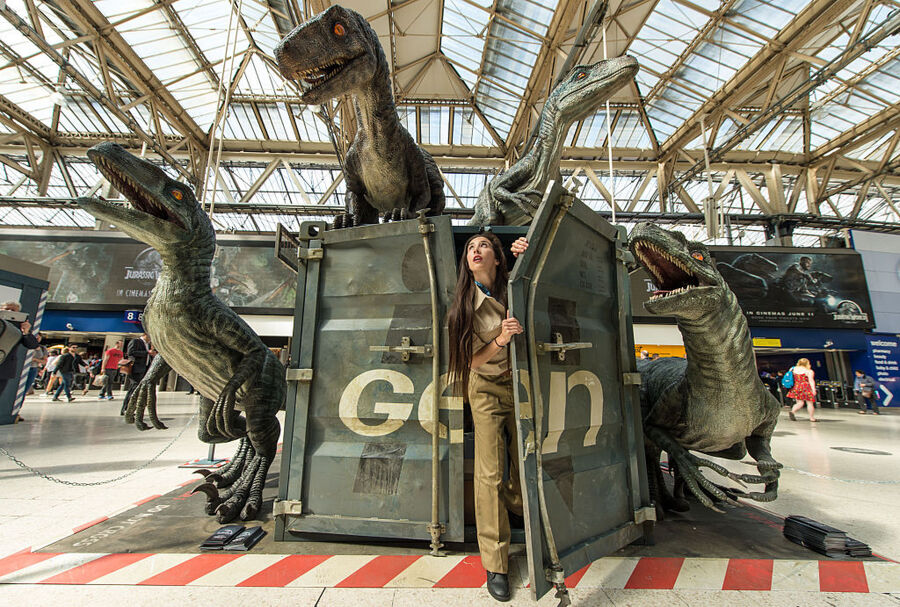 What does it take to spin yet another version of seemingly the same story (seriously, we get it – humans should not mess with dinosaurs) into what is on pace to be on the top-grossing all time list? Believe it or not, it's in the genes.

A quick glance at the franchise fossil record shows an impressive pedigree. Each of World's predecessors also thrashed into the #1 spot on opening weekend, going all the way back to Jurassic Park in '93. Park tore down the competition with $47 million on that fateful first weekend, with Sly Stallone's Cliffhanger barely holding on in second, at a what was even then a measly $7.6 million on its third weekend.  Park went on to gross $402.5 domestically, which even after 22 years and a staggering number of CGI-infused films, is good enough to keep the series patriarch on the top 20 all-time list stateside, per Boxofficemojo.com.

Neither The Lost World, nor Jurassic Park III made it onto that list of top domestic performers, even though they both owned during their first three days of release. In fact, as of June 15,  World had already grossed over $230 million here in the states, which is more than either of its now lesser genetic cousins. This latest reptilian creation is almost certainly on pace to out-earn even its parentage. Is World about to take over the box office like its super-rex antagonist is taking over the island amusement park?

Speaking of hostile takeovers, it'd be foolish to chat about box office earnings without looking beyond our borders – besides, the movie has "World" in its name.

The international gross champion remains James Cameron's 3D pioneer, Avatar, which sits comfortably atop the totem pole at $2.78 billion worldwide. The "2" part of that number came from ticket sales everywhere outside the US, our fellow citizens handled the ".78". Jake Sully and the Na'vi people stayed in theaters for 234 days to earn that figure.

World, which will probably keep plenty of its momentum going forward over the next few weeks, as moviegoers seek shelter from summer, has already grossed nearly a third of Avatar's earnings after less than a week in theaters, with international gross coming in close to $550 million so far. But it's a sequel – can World take down Avatar and its runner up Titanic, both of whom exist without franchise counterparts?

(Pause to clap for James Cameron, who's got his fingerprints on both of those behemoth films).

Well, the idea of World taking the title may not be as ridiculous as you might think. Only four of the Top 10 worldwide grossing movies aren't sequels. World would hardly be the first Oedipus Rex-ian story. Furious 7 out performed all of its predecessors, and Avengers: Age of Ultron is less than $200 million away from surpassing its older brother.

Say all you want about recycling a story for the fourth-time around, moviegoers everywhere are devouring World faster than its starring cast of rogue dinosaurs can consume some innocent extras.