When you think of people with a net worth of more than half a billion dollars, I bet that there is one name that you've never thought of: Julio Iglesias. The Spanish singer has been around forever, so in that way, his net worth shouldn't be much of a surprise and yet, we never imagined he would be worth $600 million. Oh yes, you read that correctly. He has sold 300 million records in a career spanning five decades. He owns somewhere in the neighborhood of $250 million to $300 million worth of real estate. He even co-owns an airport – the Punta Cana airport in the Dominican Republic.

Born in Madrid, Spain in 1943, Iglesias was honored as the person who records songs in the most languages in the world all the way back in 1983. In 2013, he was named the Latin artist with the most records sold in history. He is one of the most commercially successful European singers in the world and one of the top 10 record sellers in history. He has performed an estimated 5,000 concerts for 60 million people on five continents during his career. 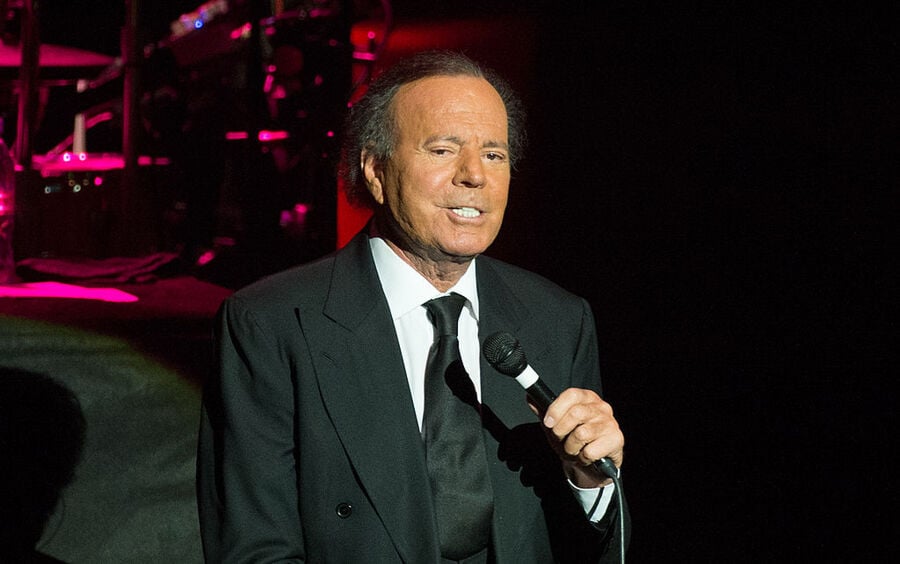 Now, Iglesias is making money in another area: Miami real estate. The singer is selling four waterfront lots for $150 million, making it one of the highest current prices for any residential property in Miami-Dade County. The lots have a combined total of eight acres, with 800 feet of water frontage. The asking price works out to $469 per square foot. The property faces west on Indian Creek Island, one of the most exclusive neighborhoods in the world.

Each property on the island is on the waterfront with gorgeous views. The island features the notoriously exclusive Indian Creek Country Club. The golf course occupies the entire interior of the island. It sounds like a good place to visit, doesn't it? Don't bother, unless a resident has invited you to the island. The only way onto the island is via a heavily guarded bridge. In fact, security is one of the most sought after attributes of this elite enclave. The island has its own police force that patrols the island 24 hours a day by land as well as on boats and Jet Skis.

The 86 residents of Indian Creek Island have a combined estimated net worth of $37 billion.

Iglesias isn't leaving this exclusive enclave. He's keeping his current home on the island. The four lots he's selling were originally bought so he could build houses for his kids, including Enrique Iglesias.  That plan never worked out. Right now there is only one active listing on the island. A family home at 26 Indian Creek Island Road is selling for $29.5 million.

Oh, and about that airport he is part owner of? Travelers to Punta Cana in the Dominican Republic have called it a paradise. Thatched roofs arch over the baggage claim area, Dominican dancers greet arriving flights, and the entire facility is open-air. The airport opened in 1984 and since then the number of travelers passing through has risen from 3,000 per year to more than 600,000. The airport is privately owned by designer Oscar de la Renta, Julio Iglesias, and Frank R. Raineri, a Dominican who began working at the airport in his 20s.

It's good to be Julio Iglesias!