After Receiving A Double Lung Transplant, Jorge Bacardi – Heir To The Bacardi Fortune – Paid That Miracle Forward In A Major Way

By Amy Lamare on September 17, 2021 in Articles › Entertainment

Jorge Bacardi was born into a life most of would consider winning the luck lottery. He was born into the family that has been making rum for over 100 years. As an adult he would inherit hundreds of millions of dollars.

Unfortunately it wasn't all luck for Jorge Bacardi. When Jorge was a child he was diagnosed with cystic fibrosis. Doctors predicted he would not live past the age of 12. He did. Next doctors told him he wouldn't live to be 40. He proved them wrong on that prediction as well. In fact, Jorge turned out not to have cystic fibrosis at all. In the late 1990s Jorge was finally properly diagnosed with a different life-threatening lung disease. The disease Jorge actually suffered from was called primary ciliary dyskinesia. Primary ciliary dyskinesiaa is disease in which the cilia that move mucus through the airways are abnormal, causing the mucus to accumulate and cause infections and blockages. There is no cure.

The only thing that could save Jorge's life was a double lung transplant. By the time he was in his early 60s, Jorge had been on the transplant waiting list for years, was near death, and was on oxygen 24/7 just to be able to draw a proper breath. He needed a miracle to survive much longer. That miracle came from thousands of miles away thanks to a generous stranger who suffered an unfortunate fate.

Christopher Gregory was a sophomore at Loyola University in New Orleans in 2008 when he collapsed and was rushed to the hospital. His parents and two older brothers rushed to New Orleans to be by his side. The doctors told them Christopher had suffered a brain aneurysm and he was not likely to survive. He passed away on March 27, 2008 at the age of 19.

As it turned out, Christopher had registered as an organ donor when he got his driver's license three years prior. His corneas went to two people and his organs went to five people. Jorge Bacardi was one of those five people. He received Christopher's lungs.

When Jorge received word that a lung transplant was available he was in the Bahamas. He hopped on a jet and made it to the hospital in Jacksonville, Florida in a record 50 minutes.

Jorge was 64-years-old at the time of the surgery. The double lung transplant surgery lasted seven hours.

Within 24 hours post-surgery, he was not only breathing on his own but breathing better than he ever had in his life. Jorge was released from the hospital days later and immediately began thinking of ways to honor the gift he was given. Though for now he did not know Christopher's true identity.

For the first year after his surgery, Jorge did not know the identity of his donor. He referred to his donor as "Gabriel" – after the archangel.

A year later he finally learned of Christoper's identity and fate. Jorge soon flew to Baltimore to meet with Christopher's parents and siblings. Jorge wanted to do something to give back for the blessing he had received. The result from this meeting was an idea to open a facility where patients and families could live together while someone was waiting for an operation at the Mayo Clinic in Jacksonville, the same hospital where his surgery was performed.

Jorge and his wife Leslie donated $13.5 million to open what became the Gabriel House of Care at the Mayo Clinic in Jacksonville. 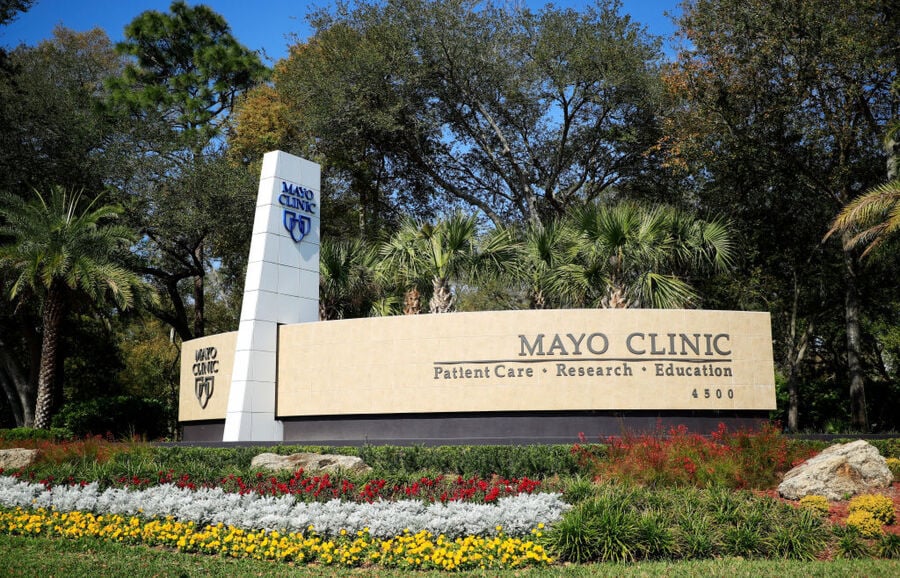 Today the Gabriel House of Care provides affordable lodging to adult transplant and cancer patients and their caregivers for patients at the Mayo Clinic in Jacksonville, the UF Health Proton Institute, the Ackerman Cancer Center, and other nearby medical facilities. Gabriel House provides a safe space with therapy programs to reduce stress and improve quality of life.

Thanks to Christopher Gregory's decision to be an organ donor, Jorge Bacardi lived for another 12 years with healthy lungs for the first time in his life. He was able to play tennis and go fishing. He kept in touch with the Gregory family.

He also continued donating to the Mayo Clinic.

In 2014 Jorge and Leslie made another substantial donation to establish the Jorge and Leslie Bacardi Fund in Regenerative Medicine. They made the gift in honor of Cesar A. Keller, M.D., one of the doctors involved in his care before the lung transplant arrived.

Jorge Bacardi passed away on September 23, 2020, at his home in the Bahamas.

Christopher Gregory's father Eric wrote a book about his son and how his life impacted Jorge Bacardi. That book "All my Tomorrows: A Story of Tragedy, Transplant, and Hope" has been adapted by Netflix into the 2021 film "2 Hearts."