Johnny Depp Earned $650 Million Between 2003 and 2016 Alone. He Matched That Unfathomable Income With Unfathomable Expenses

By Brian Warner on April 25, 2022 in Articles › Entertainment

In recent years Johnny Depp's personal life has generated significantly more headlines than his film career. And that's too bad. At this point in his life, the 58-year-old should be taking a victory lap in the golden years of what has been one of the most impressive and successful film careers of all time. A film career that has generated billions at the box office and unfathomable film salaries over a relatively short period. Salaries that absolutely should have cemented Depp today as one of the richest actors of all time.

Don't get us wrong, Johnny is extremely rich by any normal standard. By our most recent count, Johnny Depp's net worth is still an extremely healthy $100 million. That's enough to make him the richest person in most rooms he enters, but it's not enough to rank him among our list of the top 50 of the celebrities in the world today. Maybe not even in the top 100.

Johnny Depp's present financial situation is especially hard to understand given the fact that between 2003 and 2016 alone, he earned $650 million in salaries, backend points and endorsements. That's $650 million over just one 13-year-period of a career that dates back to the early 1980s. One could argue that with a little luck and wise investment advice Johnny Depp could be approaching or exceeding billionaire status today. If true, he would be, by our count, one of 14 celebrity billionaires walking the earth.

We learned of the $650 million figure thanks to a 2017 lawsuit Johnny filed against his former financial managers.

At the time, Depp was suing the financial firm for "gross mismanagement and, at times, outright fraud." Depp alleged that the firm caused him to lose tens of millions of dollars, racked up more than $40 million in debt without his knowledge, failed to file his property taxes on time, made unauthorized loans, and overpaid for security and other services, amongst other charges.

The financiers counter-sued. In this counter suit, in addition to learning the $650 million number, we also learned some eye-brow raising facts about Mr. Depp's lifestyle. 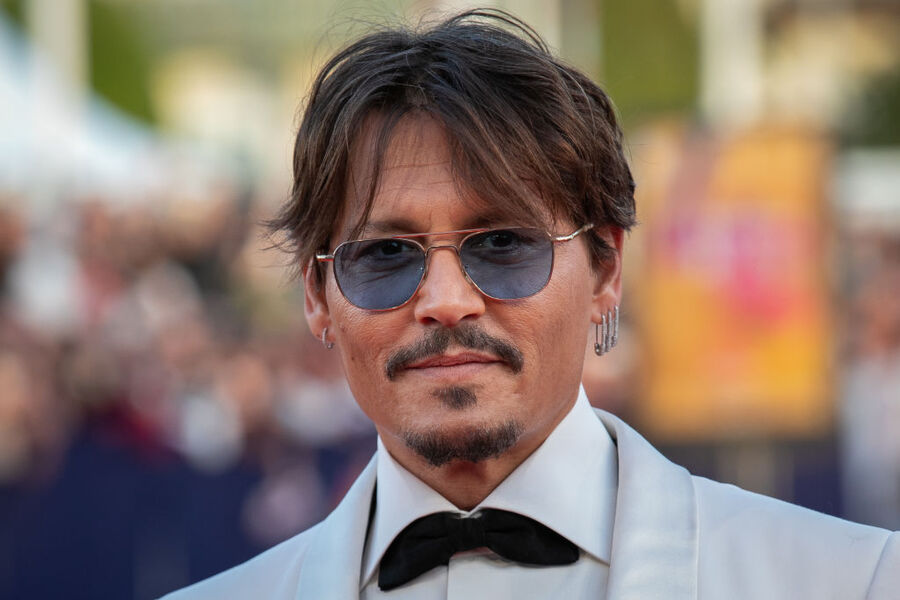 One of the financial firm's most outrageous claims was that Johnny's lavish spending habits made it so at times he did not have enough liquid cash to cover his basic monthly expenses. "Basic" monthly expenses which averaged $2 million PER MONTH!

According to legal filings, here is a quick punch list of some of Johnny's alleged spending habits:

Speaking of private jet travel and lavish expenses, the lawsuit brought to light a December 2009 email exchange between Depp and his primary financial advisor in which that advisor was advising Depp to take cost cutting measures like using commercial planes instead of private jets because at that point his accounts were reportedly $4 million OVERDRAWN.

"first, thank you for dealing and getting me through. secondly, i am doing my very best on holiday spending, but there is only so much i can do, as i need to give my kiddies and famille as good a Christmas as possible, obviously within reason. but, regarding the plane situation,., i don't have all that many options at the moment. a commercial flight with paparazzis in tow would be a fucking nightmare of monumental proportions. what else can i do??? you want me to sell same art??? i will. you want me to sell something else??? sure… what??? boat is going to be chartered at new years and sony will then charter it for the TOURIST shoot in venice. other than that, i got bikes, cars, property, books, paintings and some semblance of a soul left, where would you like me to start???"

And here's a handful of additional lifestyle expenses that came to light in this lawsuit:

Thankfully for Johnny, he continued to be able to command 8-figure salaries to keep his machine humming even after hitting dire financial straights.

In addition to earning $10-20 million per movie, roughly once a year, Johnny is also hoping to score a $50 million payday from his ex-wife Amber Heard through a defamation lawsuit that commenced two weeks ago in a Virginia court room.

You may have heard that Johnny took the stand in this case last week. For those who aren't sure what's going on, here's a very short recap –

Johnny Depp and Amber Heard first met in 2009 on the set of "The Rum Diary." At the time he was still in a relationship with long-term partner Vanessa Paradis. Johnny and Vanessa broke in up 2012. Johnny and Amber began dating and got engaged in 2014. They were married from 2015 to 2017. Amber legally filed for divorce in 2016, after they had been married for just 16 months. Amber soon claimed that during those 16 months she was abused by Johnny. He ultimately agreed to pay her a $7 million divorce settlement.

In April 2018 British newspaper "The Sun" ran a headline in which it referred to Johnny as a "Wife Beater." Johnny sued the paper for defamation. This trial commenced in 2020. Johnny ultimately lost but is appealing.

In December of 2018, Amber Heard wrote an Op-Ed in "The Washington Post" in which she discussed the treatment of women in domestic abuse cases. According to Johnny's lawyers, though she did not name Depp in the article, the implication that he physically abused her, was clear. In 2019 Johnny filed a $50 million defamation lawsuit against Heard in Virginia, where the Post is published. This is the case that commenced on April 12.