John McCain Net Worth: A Look At The Life And Fortune Of The Senator And War Hero. May He Rest In Peace.

By Amy Lamare on August 25, 2018 in Articles › Entertainment

I'm sad to report that Senator John McCain died today at the age of 81 . He had been battling aggressive brain cancer for several months. McCain died at his home in Sedona, Arizona with his wife Cindy McCain and other family members by his side. Visitors had been flocking to the ranch to spend time with, and pay their respects to, the well regarded politician. In a touching moment, a visit from Joe Biden showcased the bipartisan nature both men have nearly always displayed in their careers.

Many know the 81-year-old as the 2008 Republican presidential nominee. He was also a veteran of the Vietnam war and a former prisoner of war.

At the time of his death, McCain had a net worth of $16 million and an impressive real estate portfolio, which he shared with his wife. Though McCain had a long career in both the Navy and the U.S. Senate, the bulk of the family fortune he shares with his wife comes from Cindy. She is an heiress to Hensley & Co., one of the largest Anheuser-Busch distributors in the country. Cindy inherited a major stake in the company her father founded and became its chairman when her father passed away. Cindy McCain has a net worth of $300 million. 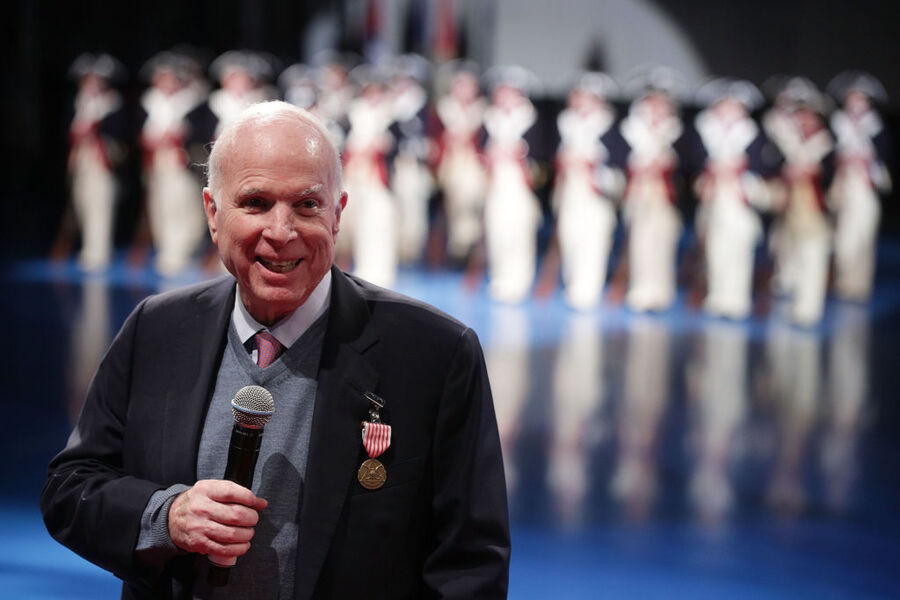 John McCain was born on August 29, 1936 at Coco Solo Naval Air Station in the Panama Canal Zone. His dad, John S. McCain Jr was a naval officer. His paternal grandfather John S. McCain Sr. was a four star admiral in the Navy. At the time of his birth, the Panama Canal was under the control of the United States. As a child, he moved around with his father, mother Roberta, older sister Sandy, and younger brother Joe to various Naval posts. McCain attended 20 different schools before the family settled in Northern Virginia. He graduated from high school in 1954 and followed his grandfather and father and entered the U.S. Naval Academy at Annapolis. He graduated in 1958.

McCain began his post collegiate military career as an ensign. He went through two and a half years of training to become a naval aviator. He completed flight school in 1960 with a reputation of a partier. He was assigned to the aircraft carriers USS Intrepid and USS Enterprise as a pilot of ground-attack aircraft. He was a decent pilot who improved over time, though he was known for taking chances and pushing the envelope. After marrying his first wife Carol in 1965, he adopted her two children and had a daughter with her. He requested a combat assignment and in 1967 at 30 years old, shipped off to fight in the Vietnam War.

On October 26, 1967, John McCain was flying his 23rd bombing mission in North Vietnam when his plane was shot down over Hanoi. He fractured both arms and a leg when he was ejected from the aircraft and nearly drowned when he parachuted right into a lake. He was pulled ashore by North Vietnamese soldiers who then used the butt of a rifle to crush his shoulder before bayonetting him. He was then taken to Hoa Lo Prison, called the Hanoi Hilton. His captor refused to treat his injuries even though he was seriously wounded and injured. He was beaten and interrogated and only given medical care when it was discovered his father was a high ranking admiral. McCain's status as a POW made the front pages of major newspapers across the U.S. 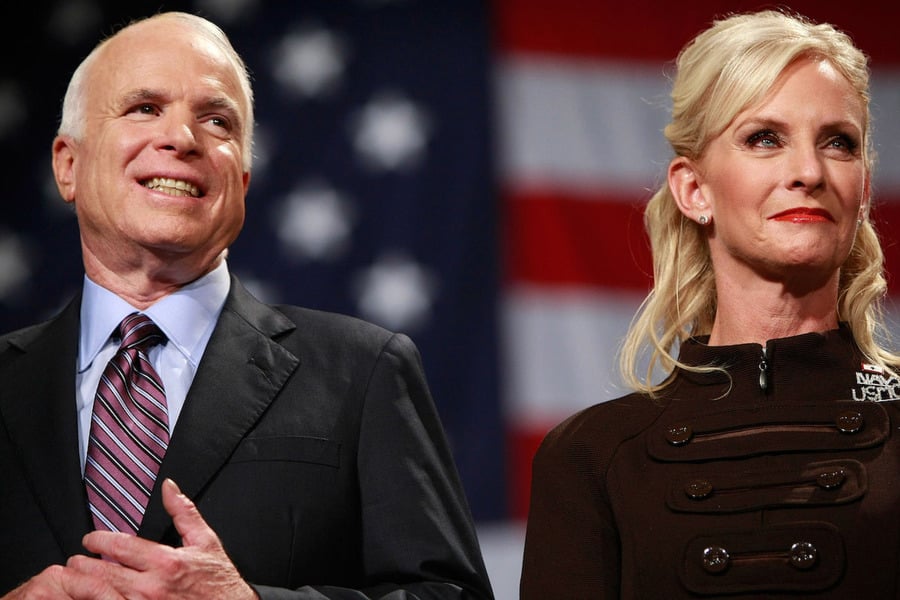 McCain spent six weeks in the hospital where he received substandard care. He was in a chest cast, he lost 50 pounds, and his hair had turned white. In December 1967, he was placed in a cell with two other American POWs who didn't think he'd live much more than a handful of days. In March 1968, McCain was placed in solitary confinement. He remained there for two years.

In mid-1968, McCain's father was named the commander of all U.S. forces in Vietnam and McCain was offered release, because they wanted to appear merciful—which would allow them to create propaganda about McCain and his father and their role in the father and son reunion. McCain refused their offer unless every POW who had been captured before him was also released.

Starting in August 1968, McCain was severely tortured. Every two hours he was tied up and beaten. At the same time, he was suffering from dysentery. The whole incident and his injuries drove him to the brink of suicide. McCain was a POW for five and a half years. He was released on March 14, 1973. The injuries at the hands of the North Vietnamese left him incapable of raising his arms above his head for the rest of his life.

McCain returned to the U.S. and was reunited with his family only to learn that his wife Carol had a tragic auto accident in 1969 that left her with crippling injuries. McCain immediately entered treatment for his injuries. Months of grueling physical therapy led to his flight status being reinstated in 1974.

In April 1979, McCain met Cindy Hensley, a teacher from Phoenix. He began dating her while at the same time asking his wife to grant him a divorce. John and Carol divorced in April 1980. John and Cindy were married in May 1980. As Cindy was the heiress to a large fortune, the couple had a prenuptial agreement that kept almost all of the Hensley family money and assets in her name. John and Cindy have always kept their finances apart and file income tax returns separately.

In April 1981, McCain retired from the U.S. Navy with the rank of captain. He had decided to run for Congress. He moved to Arizona following his retirement and was granted a disability pension from the Navy. He has a number of military honors including two Purple Hearts, the Silver Star, two Legions of Merit, a Distinguished Flying Cross, three Bronze Stars, two Navy and Marine Corps Commendation Medals, and the Prisoner of War medal.

Once he had moved to Phoenix, he went to work for his father in law as Vice President of Public Relations of the beer distributor. He was able to meet a number of powerful people who helped his political ambition in this role. In 1982 he ran for Congress for the first time and won. He ran for U.S. Senate in 1986 and won. The rest of his political career is well known. He's been in politics since that 1986 win.

U.S. Senators are well compensated, but McCain doesn't really need that salary. The standard US Senator's salary is $174,000. McCain also received more than $73,000 from his Navy pension in 2015.

McCain and his wife Cindy have an enormous net worth. Most of the McCain's money is in Cindy's name per their prenuptial agreement. In addition to Cindy's money, the McCain's have John's government salary, Navy pension, and an enormous real estate portfolio. The McCains have such a large real estate portfolio that when  asked how many houses they owned in 2008, he didn't know! The McCains own a 15-acre ranch in Sedona, Arizona as well as a two story condo in a 12-story glass building in downtown Phoenix. They also have a loft at the Biltmore Lofts in Phoenix. They paid $700,000 cash for it in 2007 and gave it to their daughter Meghan. The McCains have also owned five California beach houses and condos over the years. Their Arlington, Virginia condo was purchased by the Cindy Hensley McCain Trust for $375,000 in 1993. It was sold for $1.2 million in 2017.

The McCain's are huge philanthropists. Not only did John donate all of the $1.7 million he earned from his 2007 book "Hard Call: The Art of Great Decisions" to charity, they also donated $950,000 between 2001 and 2006 to the John and Cindy McCain Foundation. The foundation made contributions of about $1.6 million. They donated half a million to the private schools their children attended, $210,000 to the U.S. Naval Academy Foundation, as well as a number of other causes the McCains support.