By Dina Zipin on September 2, 2018 in Articles › Entertainment

Before there was Ron Jeremy, before there was James Deen, there was John Holmes. In the 1970s, Holmes was often called the "king" of adult movies. He was the first male adult film superstar, whose physical size became legend. At the height of his career, he was making up to $3,000 per filming day. He was one of the most prolific male adult film actors in history, appearing in over 2,400 movies in the 1970s and 1980s. His legendary assets inspired Mark Wahlberg's character in 1997's epic Boogie Nights. But for Holmes, the money and the fame didn't last forever.

Holmes was born on August 8, 1944, in Ashville, Ohio. In his early years, he went by John Curtis Estes. He was the youngest of four children born to Mary June Holmes. The name of John's father (Estes) was not listed on his birth certificate. Mary and her new husband, Edward Holmes (father of Holmes' three older siblings) had a tumultuous marriage, but Mary changed John's surname to Holmes when he was little. Later, around 1986, his mother provided him with the hand-written copy of his original birth certificate and Holmes discovered the name of his biological father, Carl Estes.

Holmes had a turbulent childhood, between his religious zealot mother and abusive alcoholic stepfather. Eager to escape the chaos, Holmes left home as a teenager to enlist in the army.

He spent most of the three years of his military service in the Signal Corps in West Germany, until he was honorably discharged. He moved to Los Angeles and took a string of jobs, selling things door-to-door, operating a forklift, and working at a Coffee-Nips factory. He met a nurse named Sharon when he was working as an ambulance driver, and they married in 1965. 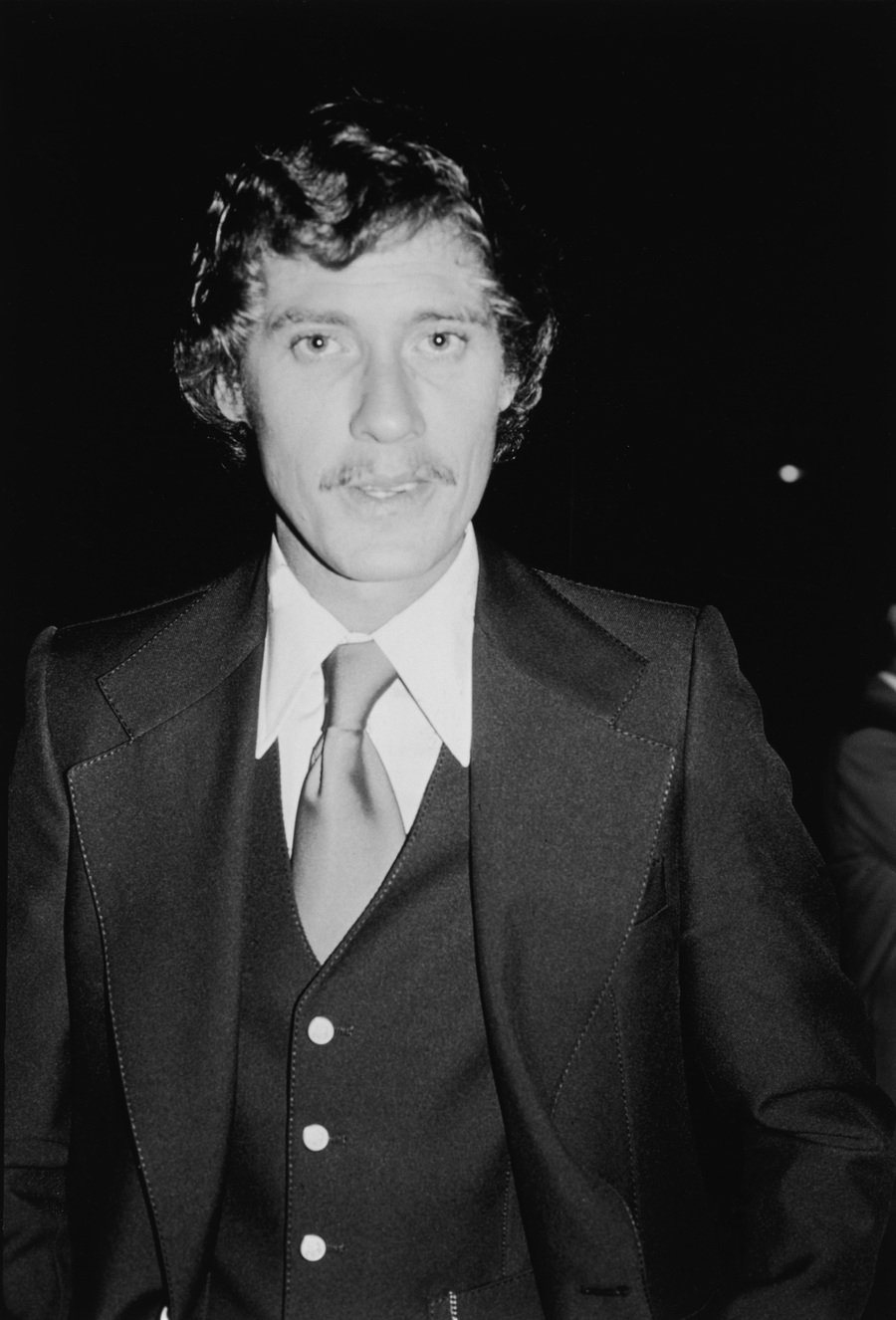 A Star is Born

There are several stories about how exactly Holmes went from forklift operator/ambulance driver to adult star. One version is that a female neighbor was making loops and told Holmes he could make good money in the business. Supposedly his first check bounced, so from then on he always insisted on payment in cash. Another version is that in 1967 Holmes was going to a men's card playing club in Gardena when a photographer for an underground magazine saw his large "member" while standing next to him at a urinal and gave Holmes his business card, telling him he could make money posing for magazines.

During this era, the wild success of films like Deep Throat and The Devil in Miss Jones made adult cool, but it was still attacked and subjected to scrutiny. Holmes was arrested during this era for pimping and pandering, but he avoided prison time by becoming an LAPD informant.

Beginning of the End

By the late 1970s, when Holmes was taking home around $3,000 per day, his drug habit was becoming a serious problem. It made him impotent, which obviously affected his work, and his finances. To support himself and his drug habit, Holmes started selling drugs, prostituting himself, and committing credit card fraud and petty theft. In 1976, he met teenager Dawn Schiller, who became his girlfriend.

But things got worse. In the early 1980s, Holmes became close with drug dealer/gangster and nightclub owner Eddie Nash. Holmes was also associated with the Wonderland Gang, a group of heroin-addicted cocaine dealers who lived in a row house located on Wonderland Avenue in Los Angeles. Holmes worked for the gang, often selling drugs for them. Holmes was in deep debt to the gang and to Nash. In June 1981, supposedly in exchange for his life, he told the Wonderland Gang about a huge stash of drugs, money, and jewels Nash had in his house. Holmes helped arrange a robbery on June 29, 1981, which inspired scenes in the films Boogie Nights and Wonderland.

Nash, a formidable and dangerous figure, suspected that Holmes had a part in the robbery. He had his bodyguard drag Holmes to his house and got Holmes to confess. Nash then threatened Holmes' life and that of Holmes' family, and plotted revenge against the Wonderland Gang. In the early hours of July 1, 1981, four of the gang's members were found brutally murdered in their house. Holmes was allegedly there during the murders, but it is unclear if he participated in the killings.

Holmes was questioned, but due to lack of evidence he was released. After spending several months on the run with Schiller, he was arrested in Florida on December 1981 by former LAPD homicide detectives and returned to Los Angeles. Holmes was charged with personally committing all four murders. Later, Holmes was acquitted of all charges except contempt of court.

In 1986, Holmes was diagnosed as HIV positive. That same year, he was offered a large sum of money by Paradise Visuals (who were unaware of Holmes' illness) to travel to Italy and film his last two films.

Holmes told the press that he was suffering from colon cancer. During the last few months of his life, Holmes stayed in the VA hospital in Los Angeles. Holmes died from AIDS-related complications on March 13, 1988. Before his death, in 1985, he won the X-Rated Critics Organizations Hall of Fame award. While Ron Jeremy and James Deen both made (and saved) millions as adult film stars, Holmes squandered away his potential fortune. If you want to see a fictionalized account of his life, check out Boogie Nights. The real-life story isn't quite as glitzy.