Recently, the heirs of Jewish art dealers from the Nazi era launched a lawsuit against country of Germany as well as a German museum. The heirs are suing to have a medieval treasure trove of art returned to them. And we're not talking about a couple of sketches from anonymous and long-forgotten artists. We're talking about $226 million worth of ornate sculptures and goldsmith pieces dating back to the Middle Ages that is now known as the "Guelph Treasure."

The lawsuit was filed in Washington, D.C on behalf of heirs Gerald Stiebel of New Mexico and Alan Phillipp of London. Mr Stiebel and Mr. Phillipp claim their ancestors were forced to sell the treasure under pressure from the Nazi regime approximately 80 years ago.

The treasure collection was originally owned by a consortium of Jewish dealers in Frankfurt after they bought it from a Braunschweig duke in 1929. They planned to resell the collection but were not able to do so easily due to the Great Depression. They sold about half of the treasure and then sold the last 42 pieces to the state of Prussia which was government by Nazi Hermann Goering. It is claimed that the owners sold the treasure for a low price because they were under pressure from the Nazi regime.

The collection contains pieces of silver and gold along with pearls and jewels and various other priceless religious artifacts. It originally contained 82 pieces and some of these items date back more than 800 years.

The lawyer for the plaintiffs recently stated:

"Any transaction in 1935, where the sellers on the one side were Jews and the buyer on the other side was the Nazi state is by definition a void transaction." He is asking the courts to declare the descendants of the owners of the collection to be its rightful owners.

On the other side, is the Prussian Cultural Heritage Foundation which oversees museums in Berlin. The foundation claims the original owners were not "forced" to sell the treasure at all. Furthermore, the foundation claims that the collection was not located in Germany at the time of its sale, but Amsterdam. 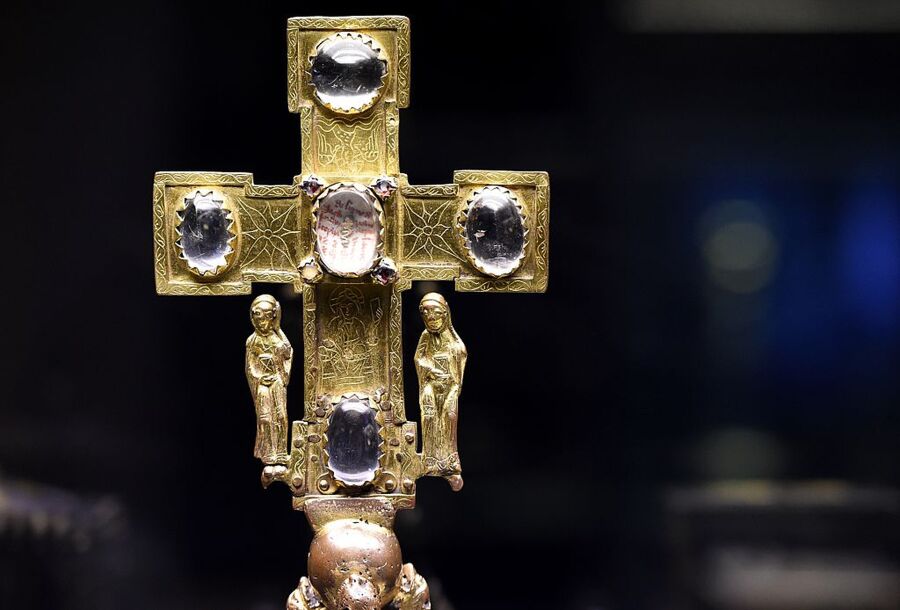 Last year the case was heard in Germany and it was recommended that the collection should stay put. They found that the sale was not "forced due to persecution." The decision was not binding and the president of the commission who gave the recommendation said he was astonished by the suit in America and was not aware of any new facts in the case.

The lawyer for the heirs has said that the commission's recommendation was flawed.

Although the heirs are suing in U.S. courts, two similar lawsuits against Germany that involved looted art were recently dismissed. To make the case even more complicated, the treasure will not be allowed to leave Germany because the state of Berlin has declared the collection a national cultural treasure. This means that it cannot leave the country unless it has the explicit permission of Germany's culture minister. The collection has been on display since the early 1960s in Berlin at the Museum of Decorative Arts.

Clearly, this is not a simple case to solve and brings up a lot of sensitive topics. We'll keep you posted!